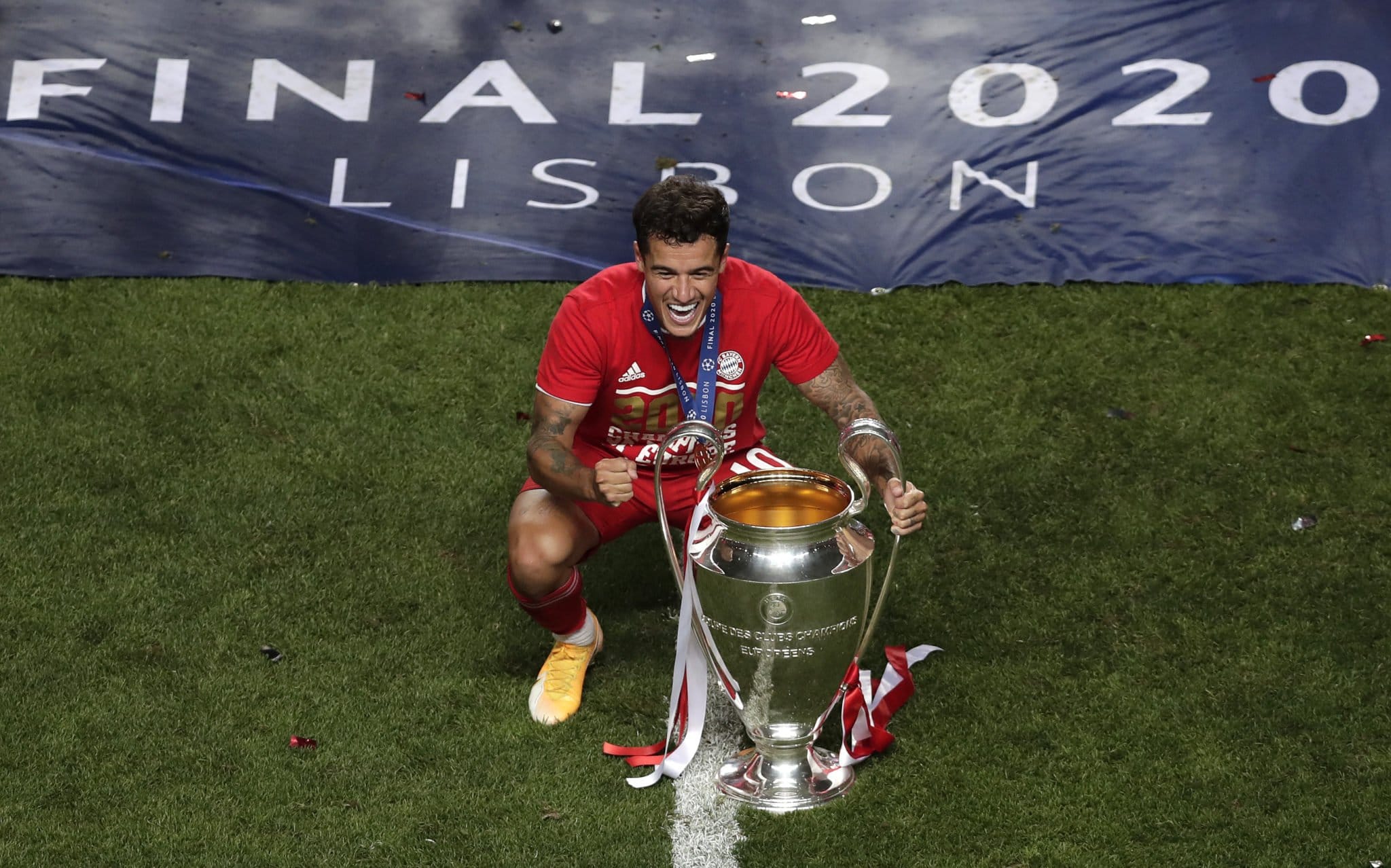 Philippe Coutinho might have stayed only for one year at Bayern Munich, but he remembers that time with so much nostalgia and he has every right to do so. He won the Treble in the 2019-20 season.

Although the club did not trigger his buyout clause due to financial reasons, Coutinho does not hold any grudge towards his former club. The Brazilian magician played 38 matches for the Bayern shirt, scored 11 goals and provided 9 assists, where two goals and one assist came against his former club FC Barcelona in the 2-8 thrashing in the quarterfinals of the UEFA Champions League.

„We had a group of players with high quality – For many, it was one of the best teams in history“, Coutinho told Globo Esporte, and so right he is. Bayern not only won the Treble but also broke countless records along the way. They scored 159 goals in all competitions that season, the highest amount of goals they have ever scored in the club’s history, and almost broke their own league record of 101 goals, only missing out by one goal in the last matchday of the season.

Coutinho expresses his gratitude for the time he had at Bayern: „For me, it was an honor and a reason to be proud to have been part of this group and of everything we have achieved“

After his return to FC Barcelona, ​​things didn’t go so well for Coutinho. In winter, he decided to return to the Premier League, where he had the best time of his career at Liverpool. While he is unlikely to win any major titles with his current club, Aston Villa, he is somewhat thriving at Villa. He has been involved in 7 goals in his last 10 games.