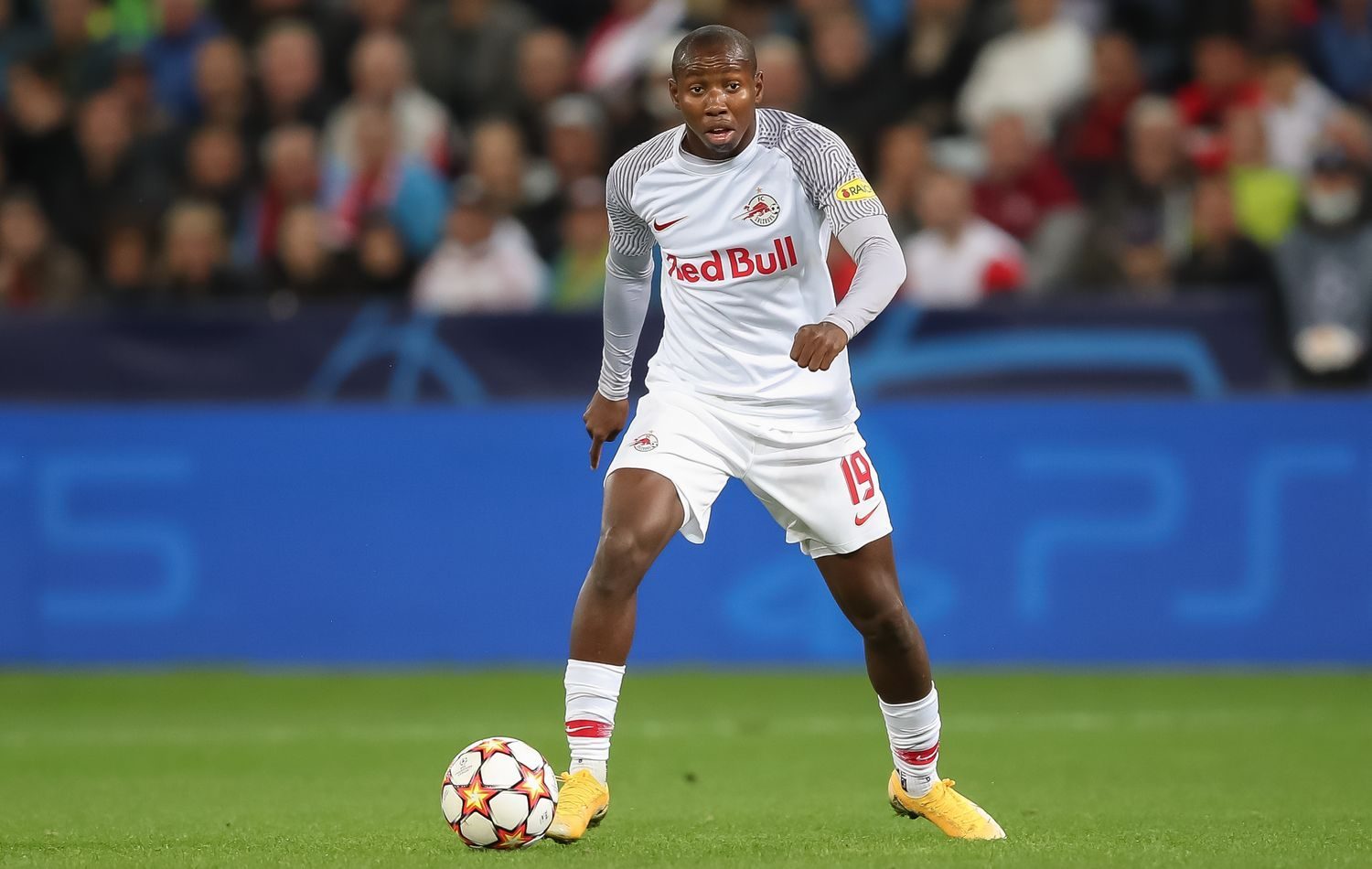 It’s an open secret that Bayern Munich now want to strengthen their central midfield again this summer. So far, Ryan Gravenberch was considered the top priority for the Bavarians. Negotiations with Ajax have meanwhile picked up speed. According to current reports, Bayern are also working on another candidate.

Alongside Ryan Gravenberch from Ajax Amsterdam, Mohamed Camara from RB Salzburg seems to have also attracted Bayern’s interest. As the Spanish „AS“ reports , the 22-year-old midfielder is on Munich’s „shortlist“. Camara is often compared to Chelsea’s star N’Golo Kante for his style of play.

Bayern were able to get a certain good impression of Camara when they played Salzburg in the last 16 of the Champions League. Especially in the 1-1 draw in the first leg, the midfielder, who is strong in dribbling and tackling, put in a strong performance.

In addition to Bayern, Atletico Madrid also seem to have set their eyes on the Malian international. The midfielder has a contract at Salzburg until 2025.

In view of the freshly initiated transfer negotiations for Ryan Gravenberch, Camara is currently not a high priority for Bayern. If the record champions are able to buy the Dutchman successfully, it is very unlikely that they will spend 20-25 million euros on another midfielder.

Only if Marcel Sabitzer leaves early could Camara become a serious option for Bayern. As „SPORT1“ reports , the Austrian could leave the German record champions after just one season. Apparently, those responsible at Bayern would only sell Marcel Sabitzer as well as Marc Roca if a good offer comes.