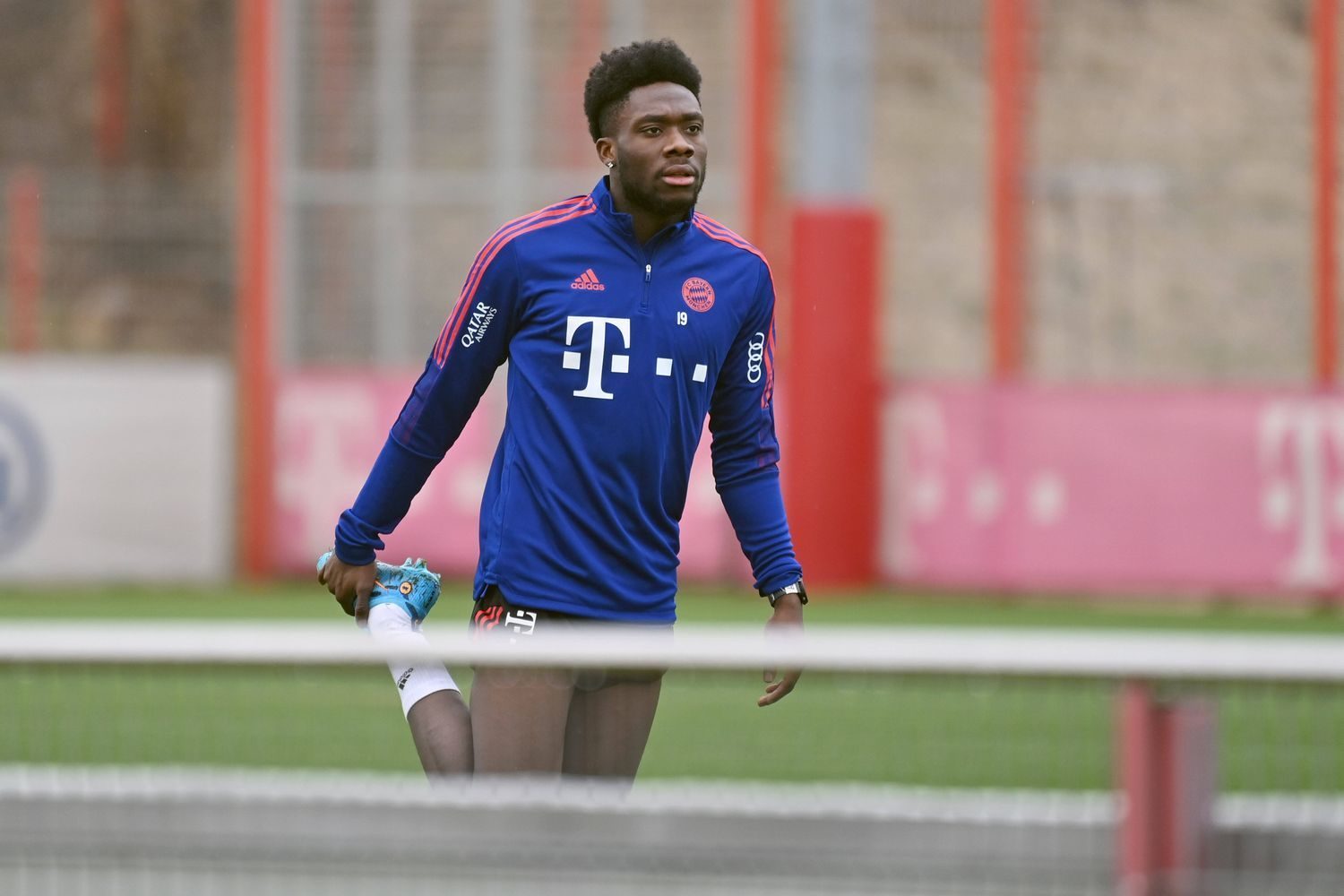 After Leon Goretzka’s return, Alphonso Davies is also making further progress in his rehabilitation training. The Canadian trained with the team again for the first

Even though numerous Bayern stars have been traveling with their national teams since the beginning of the week, regular training sessions at Säbener Straße continue. Julian Nagelsmann has filled the professional squad with many U23 players and campus talents. Alphonso Davies also returned to team training on Tuesday.

After 45 minutes, the Canadian returned to the next side of the training pitch and continued to work there individually. According to recent reports, Davies has increased his training intensity every day. According to „SPORT1“ information, the defender is aiming for a comeback in the CL quarter-finals against Villarreal FC (April 6th and 12th).