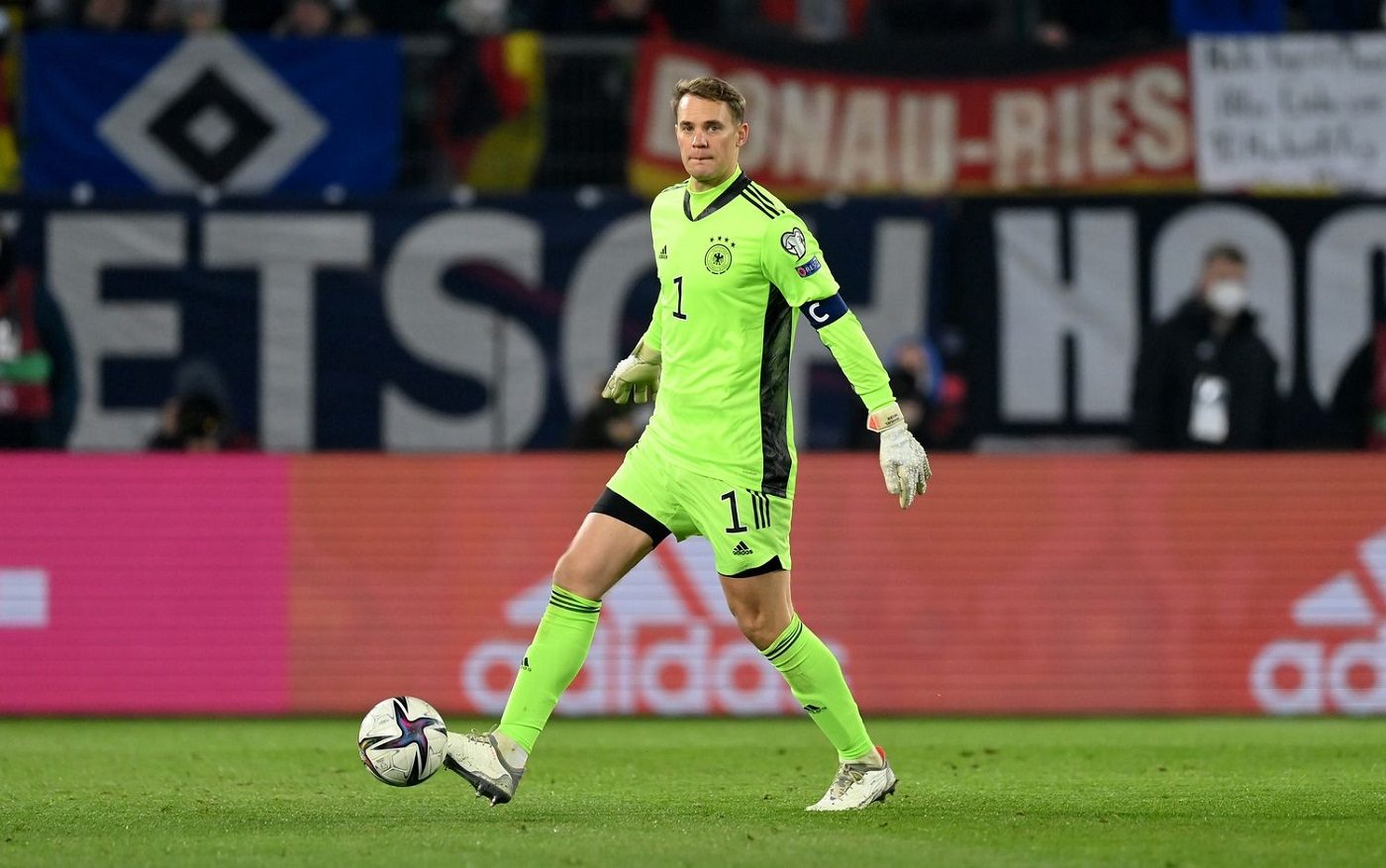 At the age of 35, Manuel Neuer is still among the top three best goalkeepers in the entire world, if not of all time. The goalkeeper has now spoken over a potential international retirement after 2 years.

At the press conference with the German national team on Tuesday, Neuer emphasized that he had not given much thought to how things would continue for him at the national team after the FIFA World Cup in Qatar. Although the goalkeeper is delivering great performances, soon turning 36 in a few days, Neuer does not plan to play much longer for Germany. „It’s still a great honor for me and I’m happy to be part of the team. But I don’t aim to be in goal for the German team by 2024 or beyond.“

In view of the most recent statements, a retirement after the 2022 World Cup is anything but impossible. However, Neuer kept a back door open: „I want to be here as long as I feel good and I’m needed.“

At Bayern Munich, Neuer is bound to the club until 2023. The media reports that the goalkeeper is looking forward to an extension until 2025. According to his own statements, though, nothing has happened in this regard: „There is nothing new about my contract,“ explained Neuer.

But one thing is clear: Neuer is still fully focused on the national team and has a clear goal in mind: “I aim for titles before every tournament. I know I won’t play as many World Cup tournaments anymore. It’s important that we show ourselves completely differently than in Russia. We are measured by titles, so for me, there is only one goal: the World Cup.“