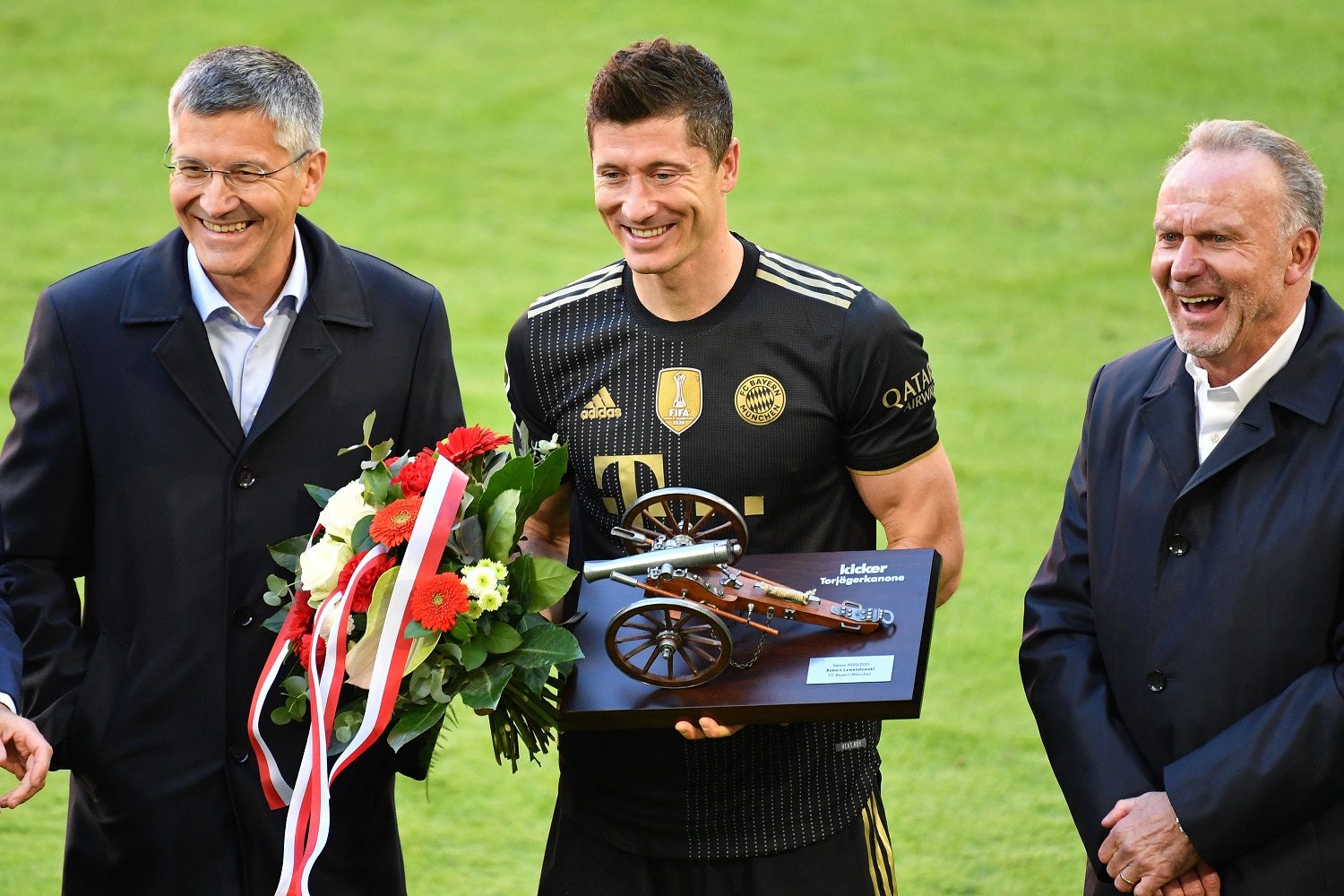 With Thomas Müller, Manuel Neuer, Serge Gnabry, and Robert Lewandowski, there are four potential contract extensions at Bayern Munich. All four players are important for the club in the long term. To date, no negotiations have been held with Lewandowski. President Herbert Hainer has now explained why those responsible at Bayern are currently hesitant.

Robert Lewandowski has been irritated with the club’s lack of transparency and respect when you look at his goal ratio of 43 goals in 36 games. The Pole has still not received a signal from Bayern regarding the extension of the contract. His agent Pini Zahavi has confirmed to „kicker“ that there has been no contact between the club and the player.

What are Bayern still waiting for? Herbert Hainer has now provided an explanation as to why the record champions are being reluctant to hold talks not only with Lewandowski but also with the other players.

In an interview with „kicker“, the president made it clear that it’s not easy at Bayern with the economic conditions: „In these times it is difficult to maintain the balance between sporting success and economic stability. Player salaries and transfer fees have rapidly increased due to the enormous financial competition at the international top-level, which have reached levels that are not easy to manage“

The president also points out that the club are still facing the effects of the COVID-19 pandemic, but despite everything, according to Hainer, Bayern Munich are still in an excellent economic position as well as squad wise: „The team has reached the Champions League quarterfinals for the 20th time. Our club is well-staffed, and will still be strengthened in the summer.“

Despite all the controversy that has happened with the pending contract talks with Lewandowski and the increased public pressure, the club seem to be relaxed on such matters. Hainer says that Bayern „are very relaxed going into talks with the players. There’s still enough time, and our players know that.“

„Lewandowski knows that we value him enormously. I expressed my appreciation for him several times. The same goes for Manuel Neuer and Thomas Müller – extraordinary personalities in Bayern’s history“