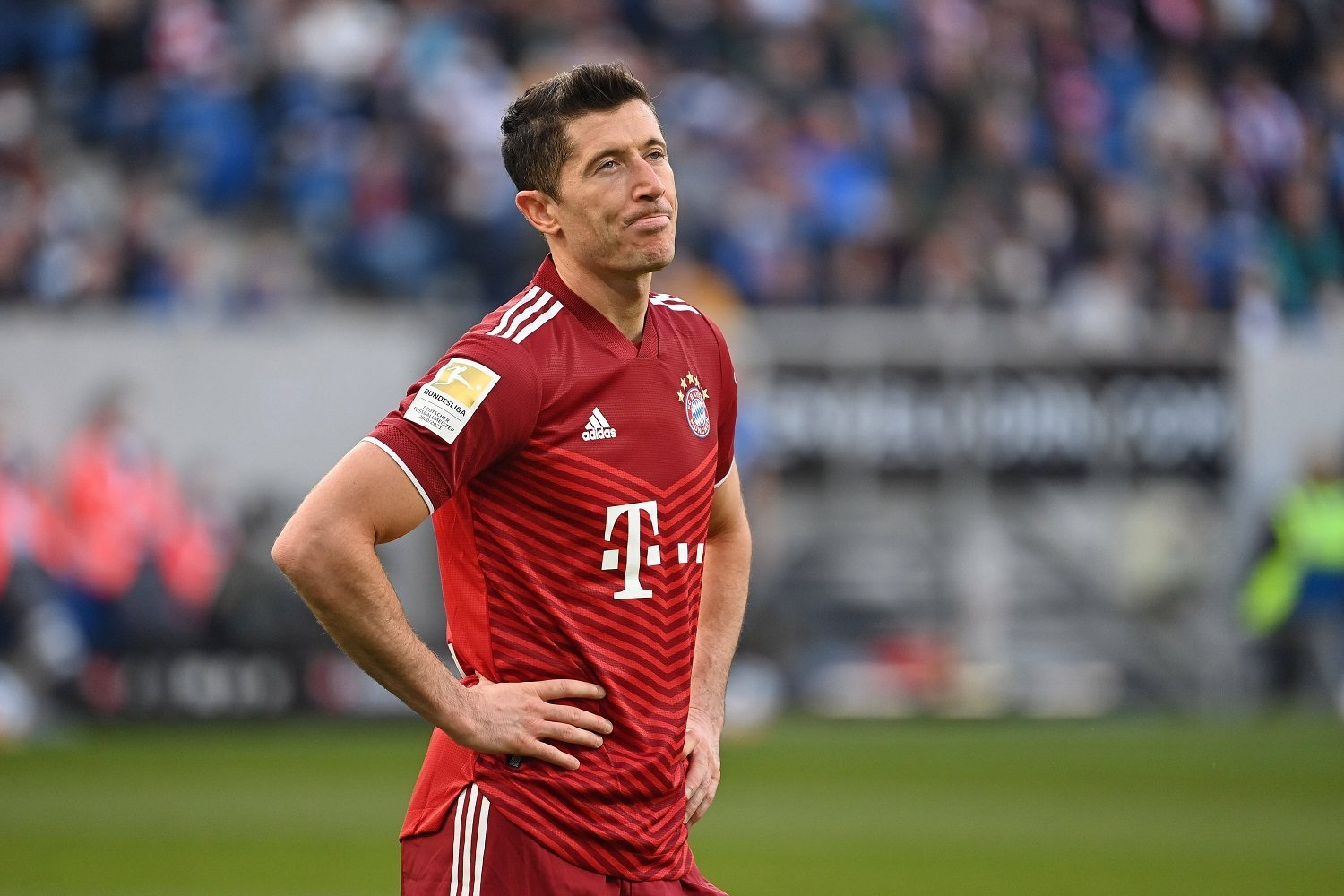 Robert Lewandowski’s contract extension is currently causing a lot of discussion and speculation at Bayern Munich. The 33-year-old Polish striker is still waiting for a signal from the board. Those responsible on the other hand are taking their time. The reasons for that are complex.

Lewandowski has been left unsatisfied with his contract extension situation so far due to no talks being conducted between him and the board. As „SPORT1“ reports, the current situation regarding Lewandowski is complicated. Most of all, the salary could become a real problem with the desired extension. The 33-year-old currently earns between 23-25 ​​million euros per year and is, therefore, the highest earner at Bayern.

While Joshua Kimmich, Kingsley Coman, and Leon Goretzka all received a whopping salary increase with their most recent contract extensions, according to the German TV station, Bayern would have to break the salary cap in order to extend Lewandowski. Due to the COVID-19 impact on finances, a salary increase of more than 25 million a year is complicated.

The relationship between ‚Brazzo‘ and Pini Zahavi is bad

In addition to the financial problems, the bad relationship between Lewandowski’s agent Pini Zahavi and Bayern sports director Hasan Salihamidzic has its risk when it comes to contract talks. Since David Alaba’s transfer, the relationship hasn’t been good. Therefore, Bayern seem to be reluctant to hold talks with Zahavi again, according to Sport1.

Lewandowski is still waiting for Bayern’s signal for a contract extension. The negotiations should commence in the next few weeks and Bayern do not want to be put under pressure.