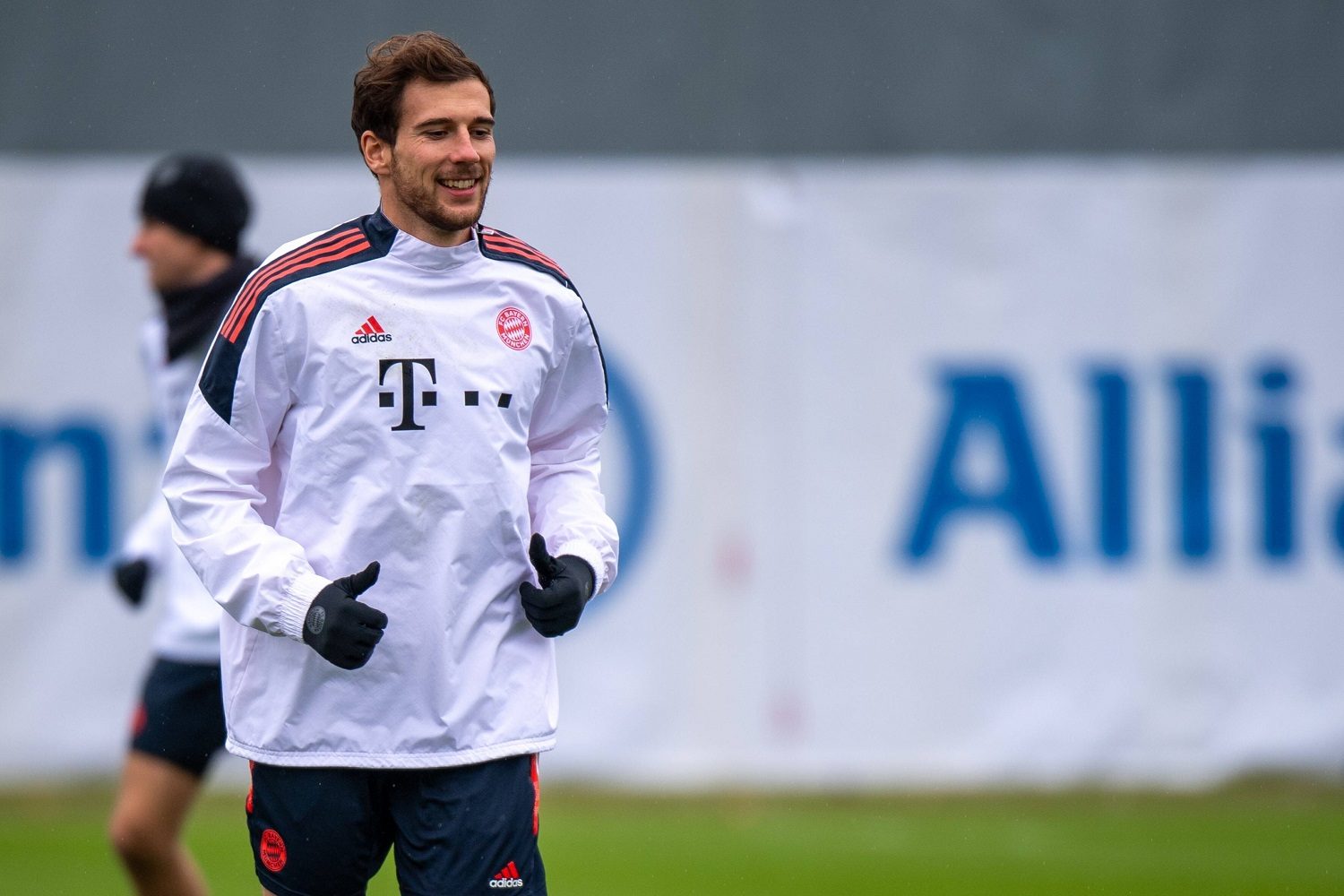 The news that the Bayern fans and the club have all been waiting for, Leon Goretzka has resumed team training for the first time in three months!

The German midfielder has been out of action for 101 days due to a knee injury that had bothered him for weeks. Today, for the first time since December, Goretzka resumed team training with his teammates. The good news is, that Goretzka trained on the pitch without any problem and completed the entire 76 minutes of training sessions with his colleagues. This also left a very good impression on head coach Julian Nagelsmann.

Goretzka completed various training exercises today and according to ‚BILD‘, there is a chance that he could be included in the squad against Union Berlin! Goretzka tells FC Bayern’s TV Channel that he „was relieved to be back again“.

„The training went really well and it was fun. Now I am really excited to take the next steps, and I hope to come back even stronger“, Goretzka told the club’s website.

There were some good and bad news from today’s open training session. Corentin Tolisso also resumed training with the team for the first time since his injury against Greuther Fürth. The Frenchman is also set to be ready to play against Union Berlin.

On the other hand, there were some temporary worries over Robert Lewandowski. The Polish striker had to cut training short after slipping on the pitch. The injury was thankfully minor and nothing serious, but the striker should still take a few days rest, his participation against Union Berlin is not at risk.

Alphonso Davies and Manuel Neuer also did not train with the team today. Neuer had to take a rest, while Davies continues to recover from myocarditis and instead trained individually for the third day in a row. There is a chance that Davies could return for the first leg of the Champions League quarterfinals, but only if everything goes perfect.