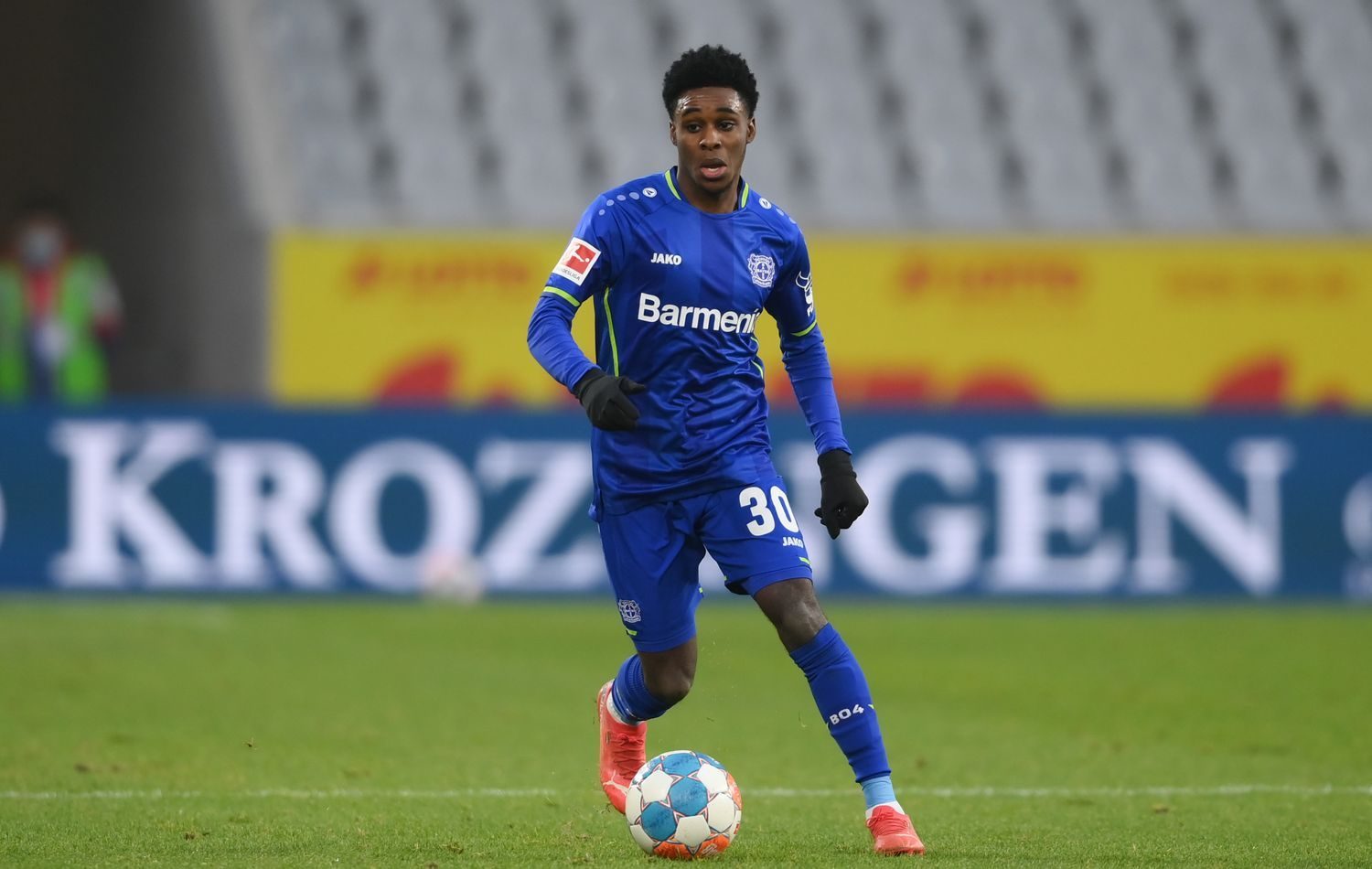 Bayern Munich have been working for seasons to sign a new good right-back for the team. Since Joshua Kimmich moved in midfield, the club has struggled in finding a right-back for the long term. Most recently, a new name has emerged in Germany.

According to ‚SPORT1‘, Bayern Munich are interested in Bayer Leverkusen’s right-back Jeremy Frimpong. The defender fits in the profile that the club is looking for in Julian Nagelsmann’s system. The Dutch would be an alternative to Benjamin Pavard, who is most likely going to play as a center-back in the future.

Dest and Baku are still options

Although Frimpong would be an interesting player for Bayern, he is still not a ‚hot topic‘ within the club. There hasn’t been any contact so far between Bayern and the player. But if Bayern become serious, the player wouldn’t be averse to the move where he could play Champions League football.

Aside from the fact that Frimpong would cost 30 million euros, which is not affordable for Bayern during these times, the club are also looking at other potential candidates, namely Ridle Baku and Sergino Dest. On the other hand, they would be facing competition from Borussia Dortmund, and several clubs from England and Spain.

At the moment, the player is not thinking about leaving yet as there is still a major chance for Leverkusen to play Champions League football.