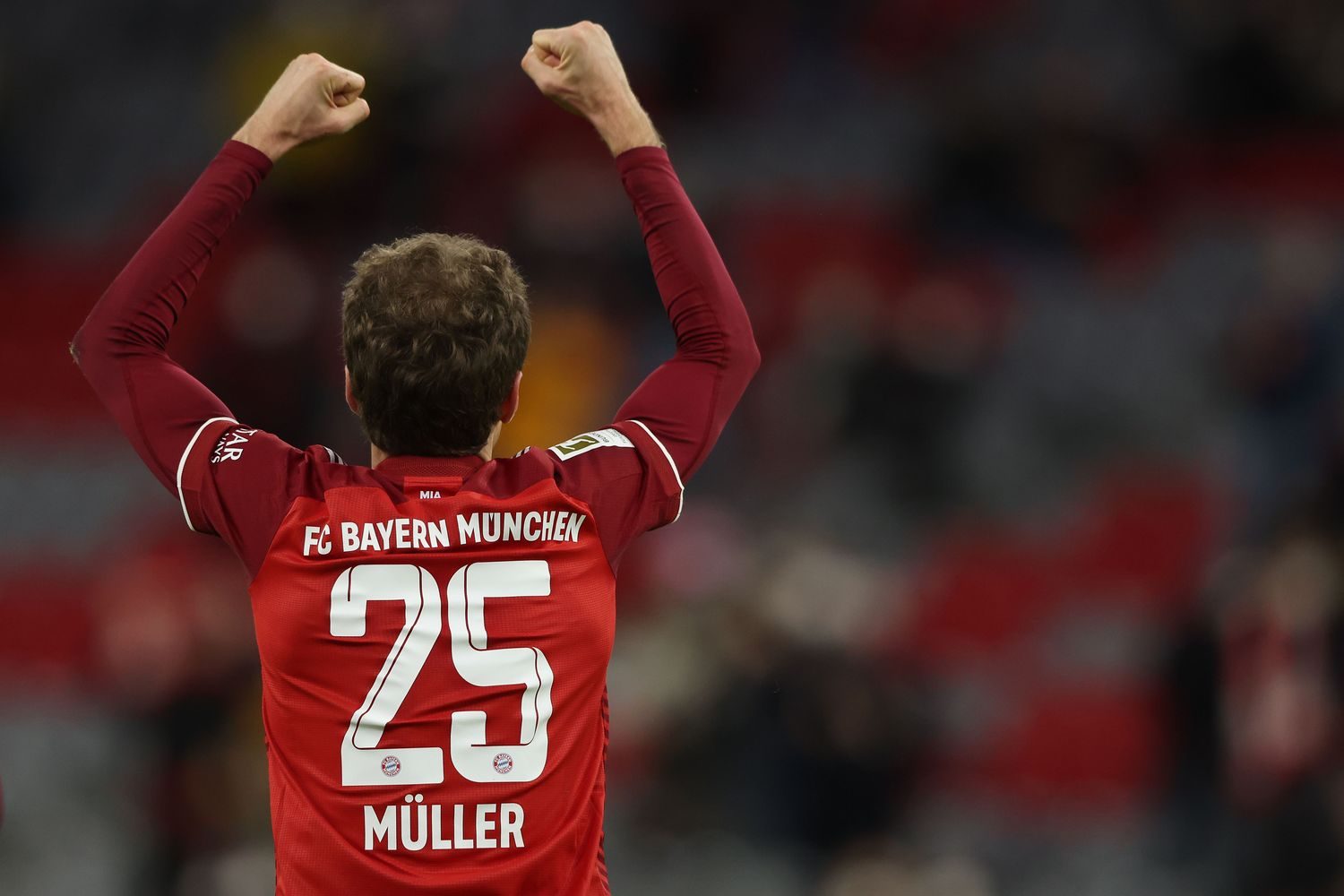 Thomas Müller missed yesterday’s away win in Frankfurt due to a corona infection. The 32-year-old German national player has now ended his quarantine and has already started training.

Bayern fans breathe a sigh of relief: it looks like Thomas Müller will be back in the next home game against Bayer 04 Leverkusen. Thomas Müller ended his quarantine and completed a 45-minute individual training session at Säbener Straße today, as reported by „Bild“. According to the German outlet, Müller should be available for the match against Leverkusen.

Against Eintracht Frankfurt, Jamal Musiala was introduced into the starting XI for Thomas Müller. The 19-year-old youngster was able to draw attention to himself at Deutsche Bank Park and was praised by head coach Julian Nagelsmann after the game: „He was incredibly hard-working“ and further: „Musiala actually doesn’t play enough for his qualities.“

Müller could take his position once again next week, but Musiala can also be an option alongside Joshua Kimmich, as Corentin Tolisso and Leon Goretzka are still absent due to injury. Recently, Sabitzer has partnered Kimmich in midfield but has not been able to impress.