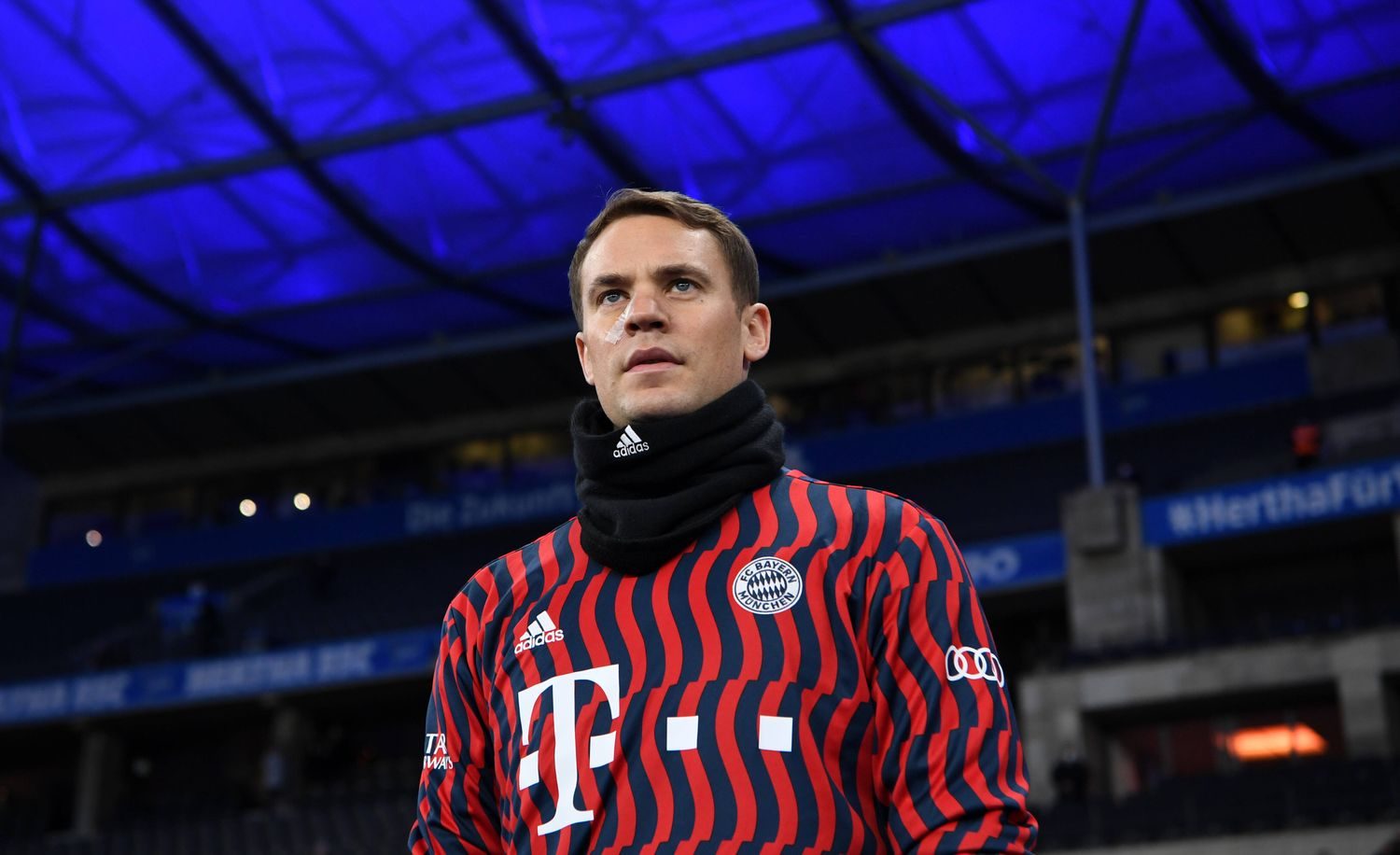 Manuel Neuer’s recovery is going very well and his comeback could come next week against Bayer Leverkusen. Head coach Julian Nagelsmann spoke about Neuer and his recovery process today.

Bayern Munich captain Manuel Neuer underwent an unexpected knee surgery at the beginning of February and has been sidelined for the past three weeks. The goalkeeper has made great steps in rehab in recent days and is close to returning on the pitch.

According to Bayern coach Julian Nagelsmann, the 35-year-old could be back between the goalposts against Bayer Leverkusen next Saturday. Speaking for the medias after the game against Eintracht Frankfurt, Nagelsmann said that Neuer will be joining first goalkeeping training.

“Manu will be training specifically for goalkeepers again next week. If everything goes well, he’ll be there against Leverkusen.“

The number one could fully make his comeback against RB Salzburg in the Champions League. „It is very likely it will happen“, said Nagelsmann.