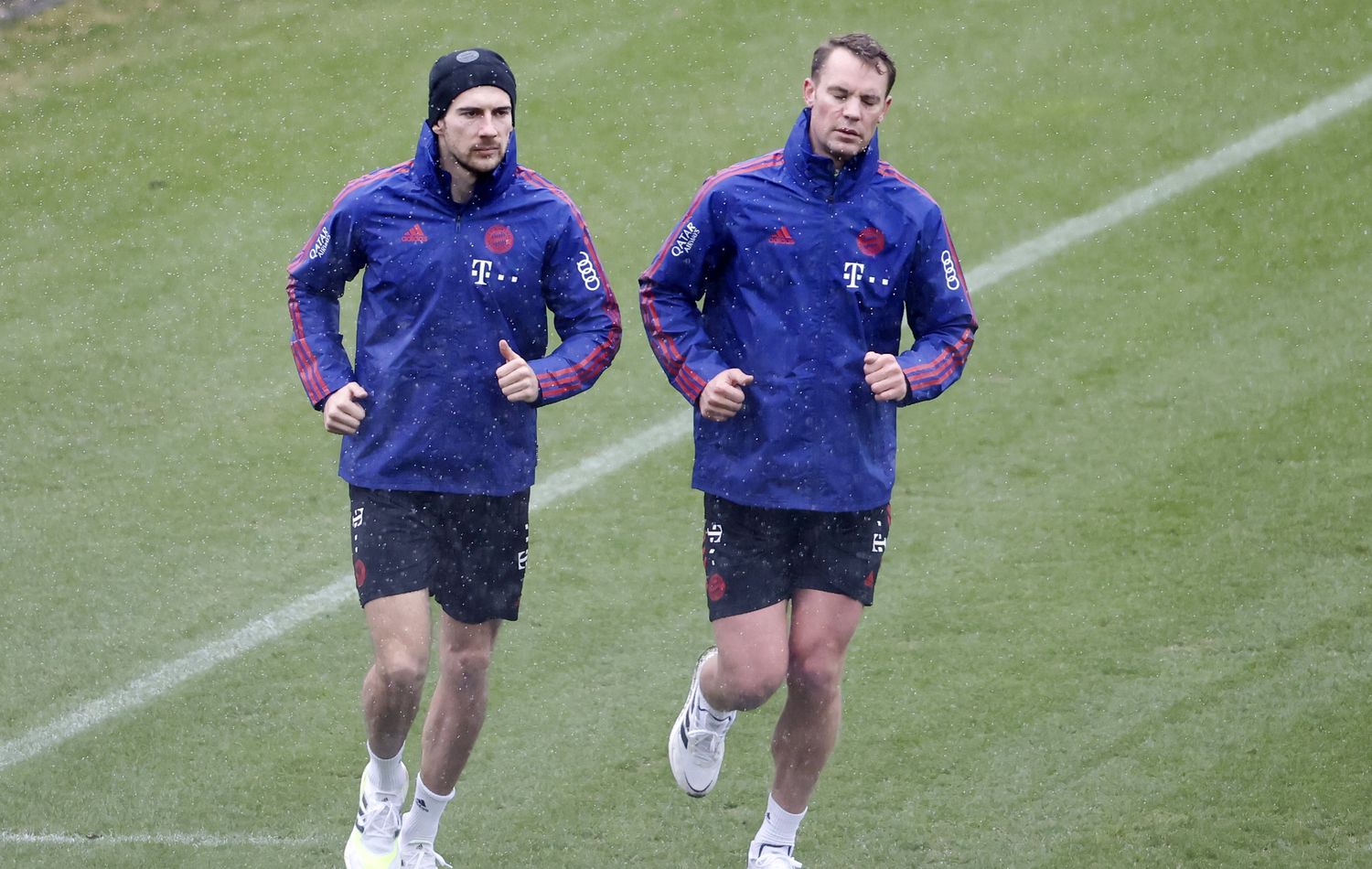 Some good news comes from Bayern Munich’s training camp. Leon Goretzka has resumed training individually today, and not only.

Leon Goretzka has been out of action for Bayern since December 2021, when he last played against Borussia Dortmund which ended on a 2-3 victory. Goretzka took the risk of playing such an important game for Bayern but had to pay the consequences later on as he was subbed in the second half, and the pain on his knee has aggravated ever since.

Goretzka had to go into a rehabilitation program, that did not result successful. Today, Goretzka was seen again on the pitch of Bayern Munich’s training grounds after a three-week break. Goretzka jogged around the pitch with fitness coach Simon Martinello for around 20 minutes. Unfortunately, it’s not known when Goretzka will fully return with the team again.

A few days ago, coach Julian Nagelsmann gave updates on Goretzka: “Leon is making progress, but there is still no prediction for his comeback.”

After testing positive for coronavirus last week on Wednesday, Jamal Musiala was seen once again in the doors of Bayern’s training grounds for a medical check-up. The youngster, who is now fully vaccinated, has tested negative and will be available for the team soon.

Musiala could resume training with the team once again in a few days, for now, it’s unlikely that the midfielder features in the squad against Greuther Fürth, as per ‘BILD’.

Upamecano is given all-clear

In today’s training session, the players who did not start against Red Bull Salzburg yesterday were able to train with the team. Upamecano, who was training with the reserves injured his right foot and had to be treated.

The defender did not have anything serious and was able to complete training, but was still limping a little bit.