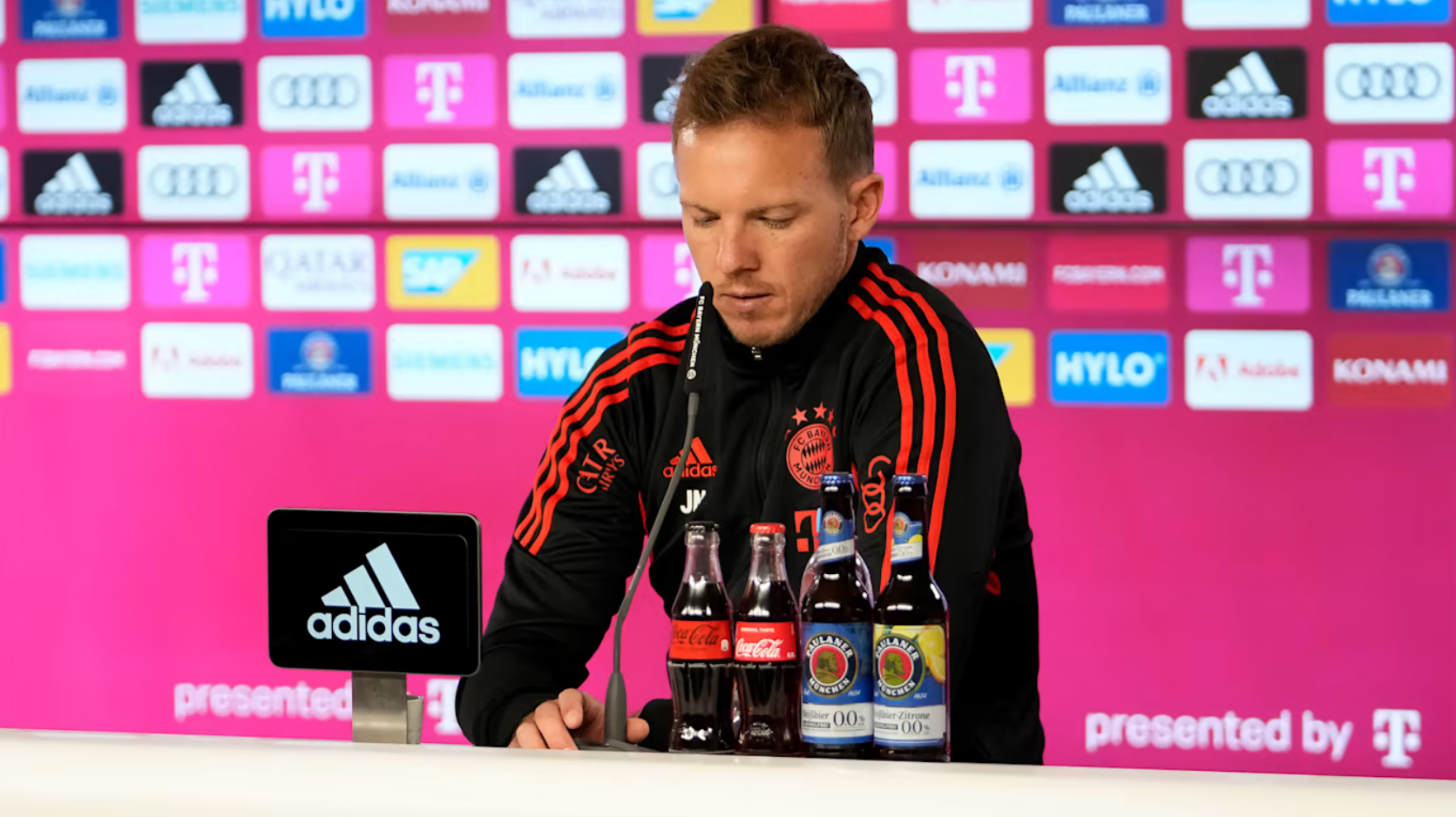 The Bavarians will face Werder Bremen at home on Tuesday 8th November. While the UEFA Champions League draw was taking place, head coach Julian Nagelsmann had a press conference ahead of the Bundesliga fixture.

… PSG: „Tough opponent. We also had tough opponents in the group and finished first in the group. PSG finished second on Matchday 6. The round of 16 is still a long way away. The World Cup is in between. That’s the Champions League, there are no easy opponents there.”

… personnel situation against Bremen: “Matthijs [de Ligt] will be out. Thomas [Müller] and Josip [Stanisic] will also not be there. Upamecano took a knock but should be fine by tomorrow night, nothing dramatic. Manuel [Neuer] is doing very well and will be between goalposts. Luckily for Alphonso [Davies], it’s only a minor injury. As for Matthijs, I’m in good spirits that he’ll be back against Schalke.“

… Müller’s injury: „Thomas is on his way to recovery. I would rather give him the rest before the World Cup so that he can heal. It’s all too much risk for me. Too little meaning. Yesterday we discussed together that we have enough choices in the attack. Now, this isn’t a game where he has to go over the pain. Or where we have to take risks. That’s why we won’t take him against Schalke either so that he can rest and be fresh for the World Cup. The chance of an injury is already there if he overworks himself early. We don’t want to and don’t have to risk that and it’s also in his interest.“

… current lead in the Bundesliga: „It was clear to me that Leverkusen had to win again at some point. It was also clear that Union had to lose a game. We have to focus on ourselves. We are now number one. We won comfortably and deservedly in Berlin. We have enough self-confidence. Bremen have a good coach, they are very good, both defensively and offensively. They have two dangerous strikers and a lot of physical power. They play aggressively and will challenge us a lot tomorrow night.”

… World Cup: „We’re in good form, so the break may not come at the right time for us. The schedule is tight, too little training, but a lot of discussions. On the other hand, I’m happy that I’ll be taking a break and not continuously have to talk about football“

Julian Nagelsmann at the press conference ahead of the Hoffenheim game

Mihajlo ZekanovicOktober 21, 2022Oktober 21, 2022
Julian Nagelsmann was present at the press conference ahead of the clash against TSG Hoffenheim tomorrow and here is what...