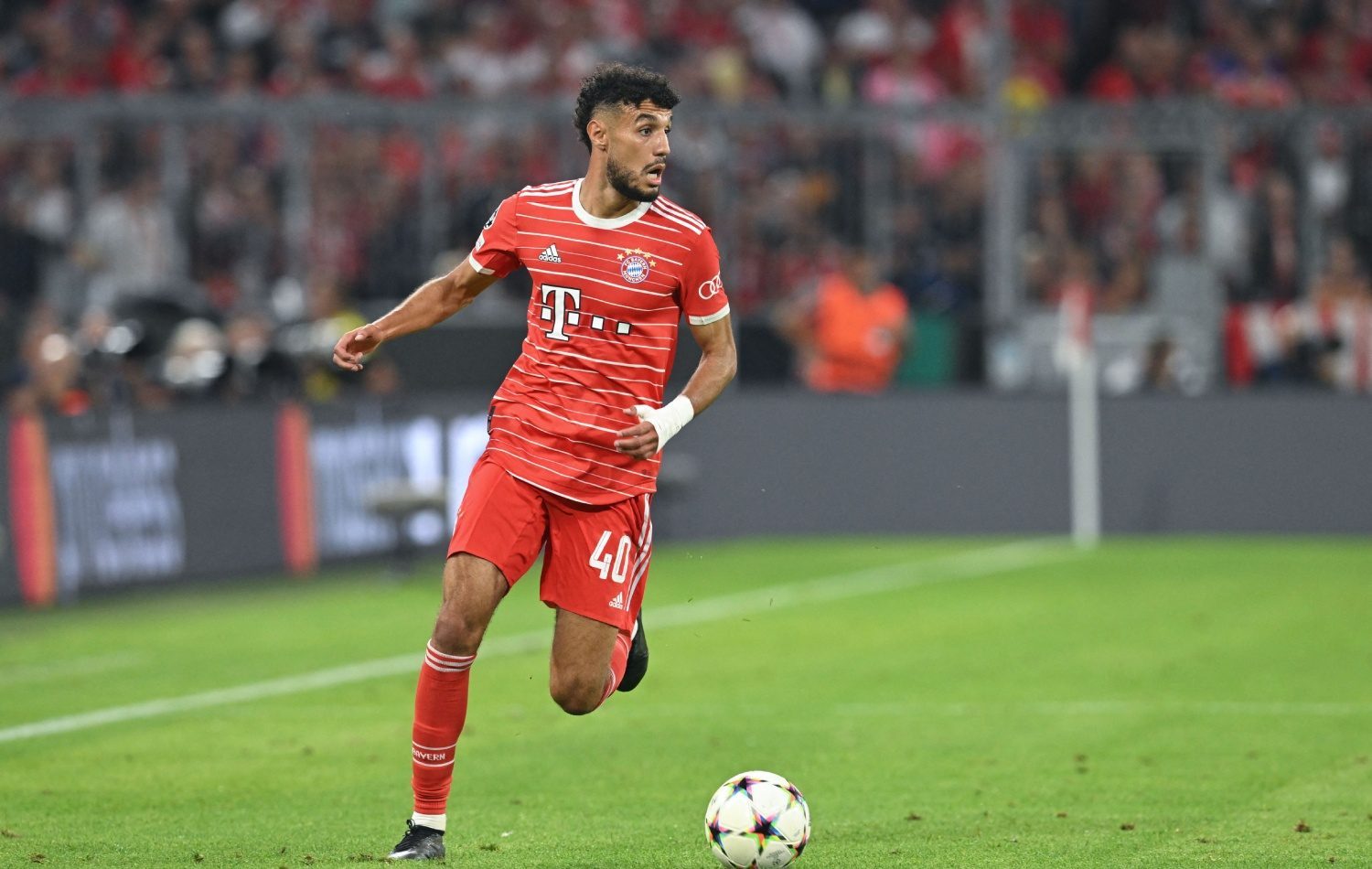 After a very long time, Bayern Munich have finally recruited a natural right-back that has everything in power to be a starter in the position. Since the retirement of Philipp Lahm, Bayern have mostly experimented in the position, by deploying Joshua Kimmich right-back, or Benjamin Pavard.

Both are makeshift right-backs, but their natural position doesn’t belong on the right side. Finally, in Noussair Mazraoui, Bayern have acquired an inverted fullback who is capable of doing both defensive and attacking duties. At the beginning of the season, Pavard was preferred as the starting right-back in Julian Nagelsmann’s team, but recently, Noussair Mazraoui has started two games in a row for Bayern, thus leaving the Frenchman unhappy on the bench.

According to recent reports, Pavard is not happy with the fact that he had to sit twice in a row on the bench. For Nagelsmann now, this is a luxury problem in the right-back position, as he rates both Pavard and Mazraoui very high. For Mazraoui, the competition in this position is making him competitive himself.

In an interview for ‚Abendzeitung‘, Mazraoui talks about the high competition with the French competitor: “It’s a good competition between us, a healthy duel. We both bring the best out of each other, which is really good“, said the Moroccan. Undoubtedly, both players have played really well this season.

Mazraoui and Pavard are facing each other eye for an eye and is difficult to say which player has a slight advantage at the moment. The Moroccan sees it similarly: „You can’t say that either of us won this competition,“ he clarified. It is only important to „constantly improve and have this kind of competition in the team“.

Head coach Julian Nagelsmann had to explain his reasoning for starting Mazraoui over Pavard: „I think the distribution of playing time is equal between them. Nous did well against Barcelona. He’s very calm on the ball against aggressive teams. We also want to have Benji as an option at center-back when Lucas [Hernandez] is absent“