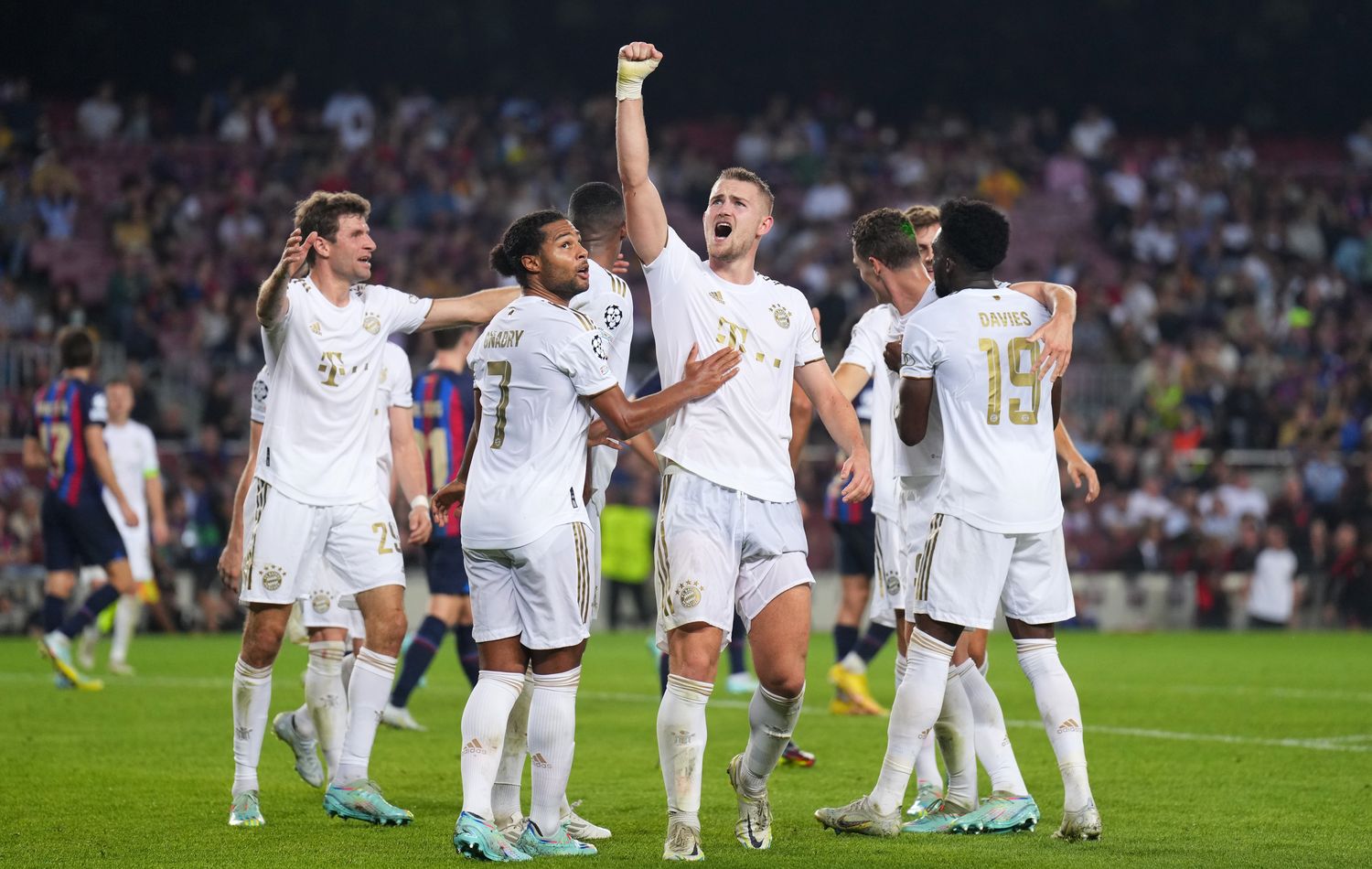 Bayern secured another win in the process by winning 0-3 away against FC Barcelona. The Catalans stood no chance against the Bavarians who won thanks to Sadio Mane, Eric Maxim Choupo Moting, and Benjamin Pavard.

Julian Nagelsmann: „I’m not happy for Barcelona, ​​but for us. The team sent another sign of how aggressive we are. If that makes us different from Barcelona, ​​that’s very important for us. The manner gives us a lot of energy. I don’t think Barça expected us to be so gallant. But that’s part of playing against Barcelona. We scored two nice goals and then added a third at the end. We didn’t allow a shot on goal. It’s not so bad to win 3-0 in Barcelona. We defended very passionately.”

Eric Maxim Choupo-Moting: “We are doing well at the moment. I always try to be a target man, to finish and initiate attacks. We have so many good players who don’t only play behind me but also in the wings. We want to continue like this. It was another difficult game today against a strong team, even though Barca were already eliminated, they wanted to show a reaction in front of their fans. The game was also important for us. We gave it our all from the first minute to the last and then deservedly won the game.”

Matthijs de Ligt: „We won 3-0 and played very well. We kept a clean sheet. For me, Serge Gnabry was actually the „Man of the Match“, but I’m very happy that I was chosen. It was very difficult. For me, Lewandowski is one of the best strikers in the world. You always have to stay focused and always be ready. He’s a very intelligent player. I think we did very well as a team. It was very important for us to be number one in the group. I am very happy about that. I hope we can do well in the last game against Inter.“

Marc-Andre Ter Stegen: „Bayern played another very good game in midfield. Bayern are simply strong and had calm and security. For them, everything is regulated so that you have peace and quiet even when things get a little hectic. In the end, we didn’t get into the game and the defeat is deserved“

Xavi: „Bayern played with more intensity, more rhythm, played more tackles, and played a better game than us. It’s the first time this season that I feel we haven’t kept up well. It was very tough and I already said that this competition was very cruel to us. We are disappointed, of course, we didn’t want that to happen.“