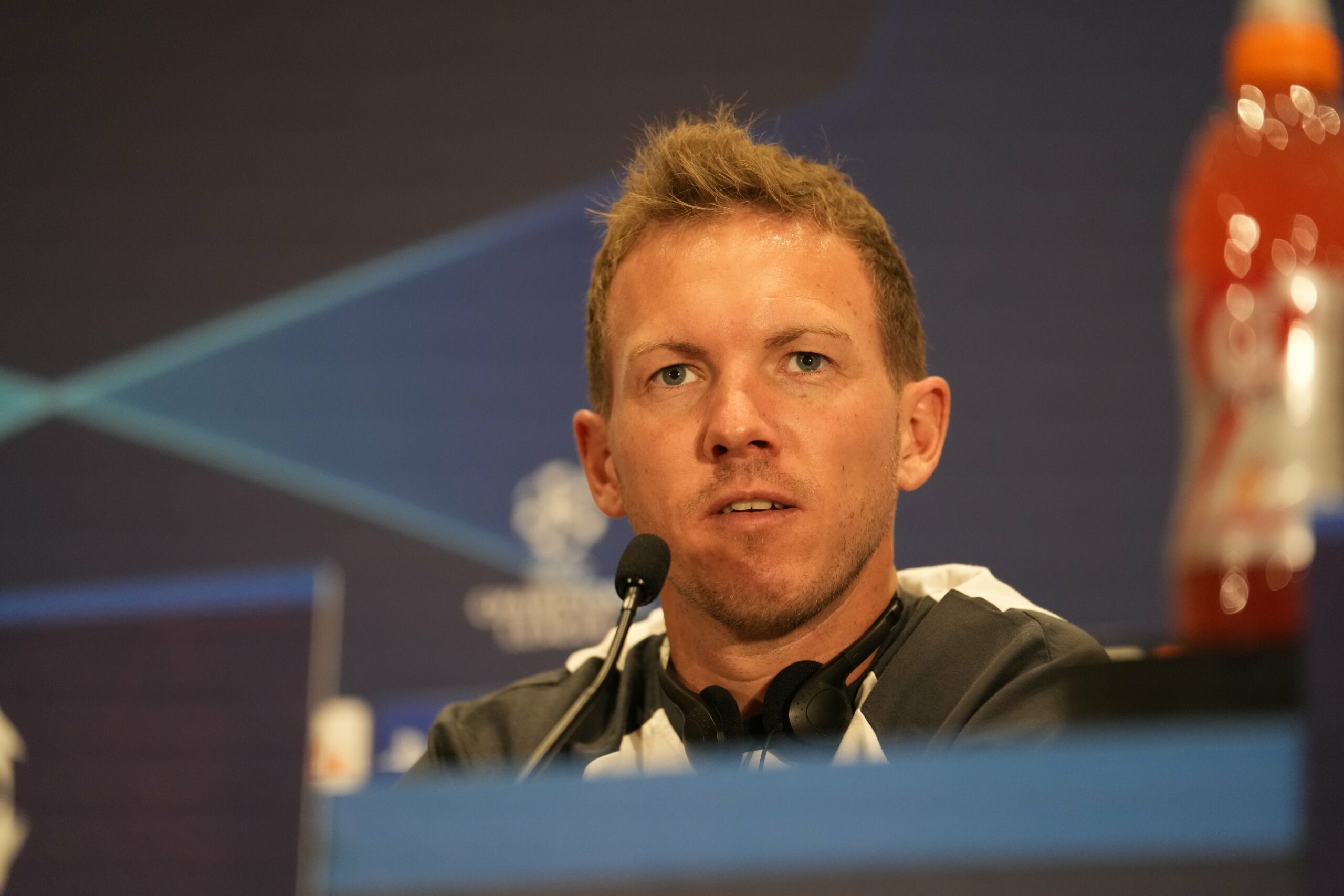 On Wednesday night, Bayern Munich will face FC Barcelona. For the Catalans, it could be more or less a crucial match in order to stay in second place and avoid Europa League, but if Inter win against Viktoria Plzen, (18:45 CEST), Barcelona would be eliminated from the Champions League regardless of the result against Bayern

Here are the most important statements from Matthijs de Ligt and Julian Nagelsmann.

„I talk to Frenkie [de Jong] a lot. He’s playing again in the last few games. I’m happy for him. He’s a great player and is very important for Barcelona and also for the national team.“

„The first half in the first leg [against Barcelona] was difficult, then the second was very good. We were perhaps a little surprised. We analyzed them well and we want to play two strong halves tomorrow.“

The beginning for me was a bit difficult. I went straight to Washington and I was a little behind. It got better. I’m in good shape right now, playing all the games. This is very important to me. I have a very good feeling.“

„All my teammates helped me a lot. I had a good feeling from the start. I’ve finally arrived and that’s very important for me. Bayern is a big club with a lot of history. I’m very happy to be a Bayern player“

„We play well together and we try to keep a clean sheet every game. We’re a very offensive team, but it’s also very important that we keep a clean sheet. I have a good understanding with Dayot [Upamecano] and we’re getting better from game to game“

„As a central defender at Bayern, it’s similar to Ajax. It’s important that you’re always ready and that you organize the rest of the defense. You have to win the duels. It was a bit different at Juventus. The years at Juventus were very important to me.“

„Barcelona play very good football. They have developed very well. We have a difficult game ahead of us tomorrow. I’m sure they’ll be motivated regardless of the Inter result. We have to be well prepared.“

„I don’t have any new information yet (about Manuel Neuer). I am holding back from making any predictions. In the end, Manu has to decide. He will be back when he can“

„Matthijs is very good, very mature. He knows exactly what he’s good at and what he’s not so good at. He’s doing us a lot of good. He makes almost no mistakes and is very aware that he’s a center-back. It was the right decision to buy him“

„We would like to win. We have nothing against Barcelona. We have a passion for winning. Thomas [Müller] and Lewy have a good connection, so there’s a bit of teasing involved.“

„I can’t judge Lewy’s performances in Barcelona, ​​but he is scoring a lot of goals. We started very well, then had a weaker period where we didn’t score that many goals. We have scored more goals now than last year. I think he’s happy here and we’re happy too.“

„We want to win, it’s about first place in the group. But it’s also about winning a prestigious duel. If you want to win the Champions League, you also have to send signals. Tomorrow it’s time again to send a sign.“

„It’s not about me, it’s about Bayern Munich and the team. We want to win, finish first, and play a better first half. We want to receive the well-deserved congratulations after a good game.“

„I have already described the development of Barcelona. They are counter-pressing like they did when they were successful. They bought new players that fit into their philosophy. A lot has changed and they are definitely one of the best teams in Europe. You saw that in the first leg in the first half and I’m sure we’ll see that tomorrow.“

„Barcelona are very capable of playing against big teams. In the first leg, they could have led 3-0 at the break. In the Champions League, you don’t have as many opportunities to catch up as in the league, but that doesn’t take away from the great quality of the Barcelona squad. It’s always good to strengthen your squad, Barcelona have done that. They have a strong squad, they’re a big club that has had a lot of success. It’s a huge step from last year to this year.“