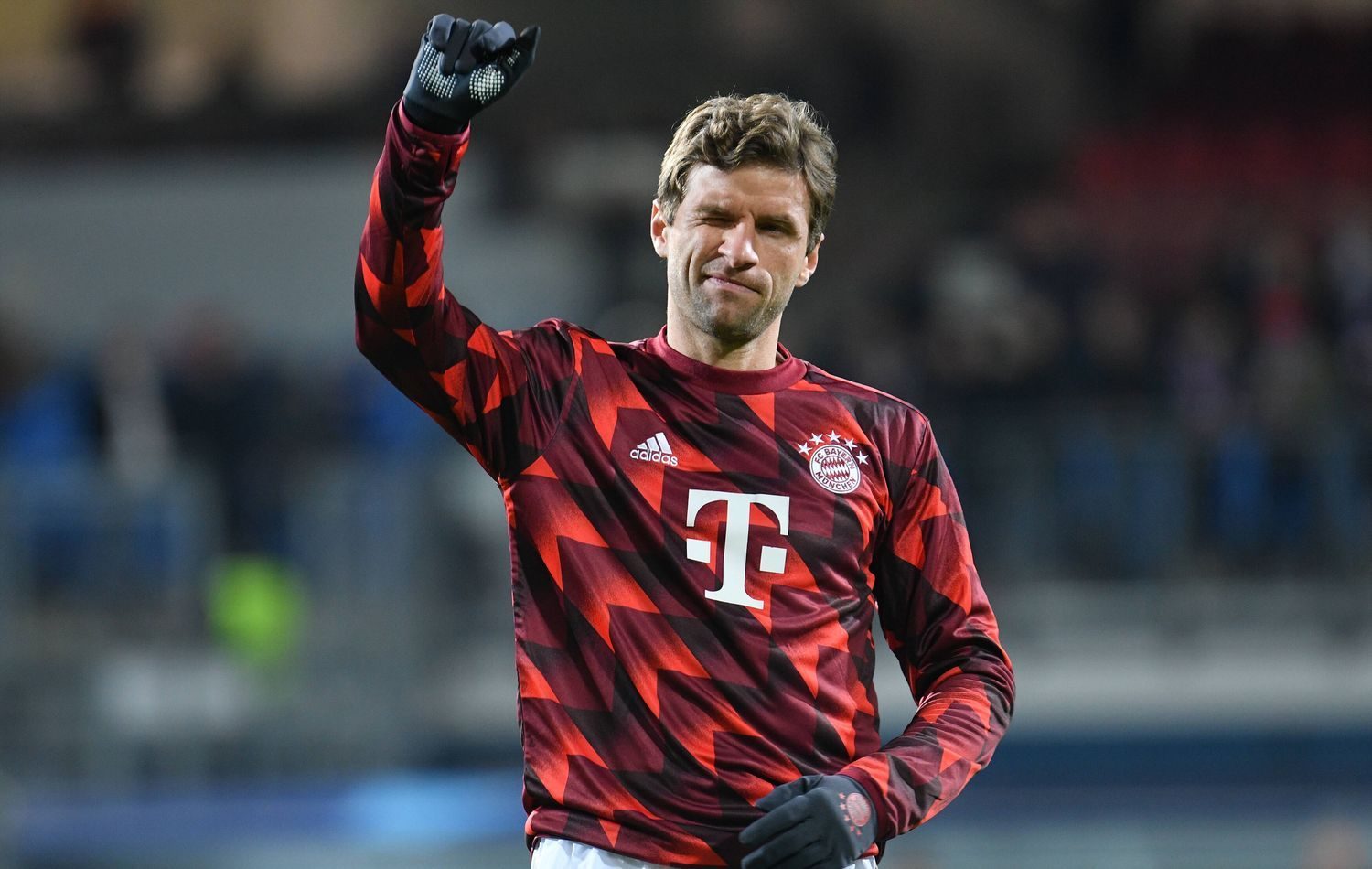 Even though Bayern Munich’s sporting director Hasan Salihamidzic hinted that they won’t change the current strategy to play without a striker in the 2022/23 season, nothing guarantees that the Bosnian meant about recruiting a new one. Perhaps, there is a chance that Bayern could find an internal solution to the problem.

Even if Choupo Moting should be seen as an ‚obvious‘ solution as a number nine, Julian Nagelsmann reportedly has a different plan to implement. As reported by the German magazine in its new issue „SPORT BILD“, the head coach is pursuing a plan which includes Thomas Müller as an internal solution for the striker position.

As per the magazine, there is a chance that Müller could play as a striker up front in the near future. Müller himself doesn’t seem to have a problem with the plan: „I played up front, scored a goal against Leverkusen and won, scored a goal [against Plzen] and won. So I can’t complain. But let’s see…“ he recently explained to „BILD“.

Deploying Müller as a striker would also have its advantage, as youngster Jamal Musiala would be able to play as a number 10, where the 19-year-old feels most comfortable and can show his qualities in the best way, according to his own statements.

What is also interesting is that, the German national coach Hansi Flick is also reportedly considering using Müller as a center forward at the World Cup in Qatar.