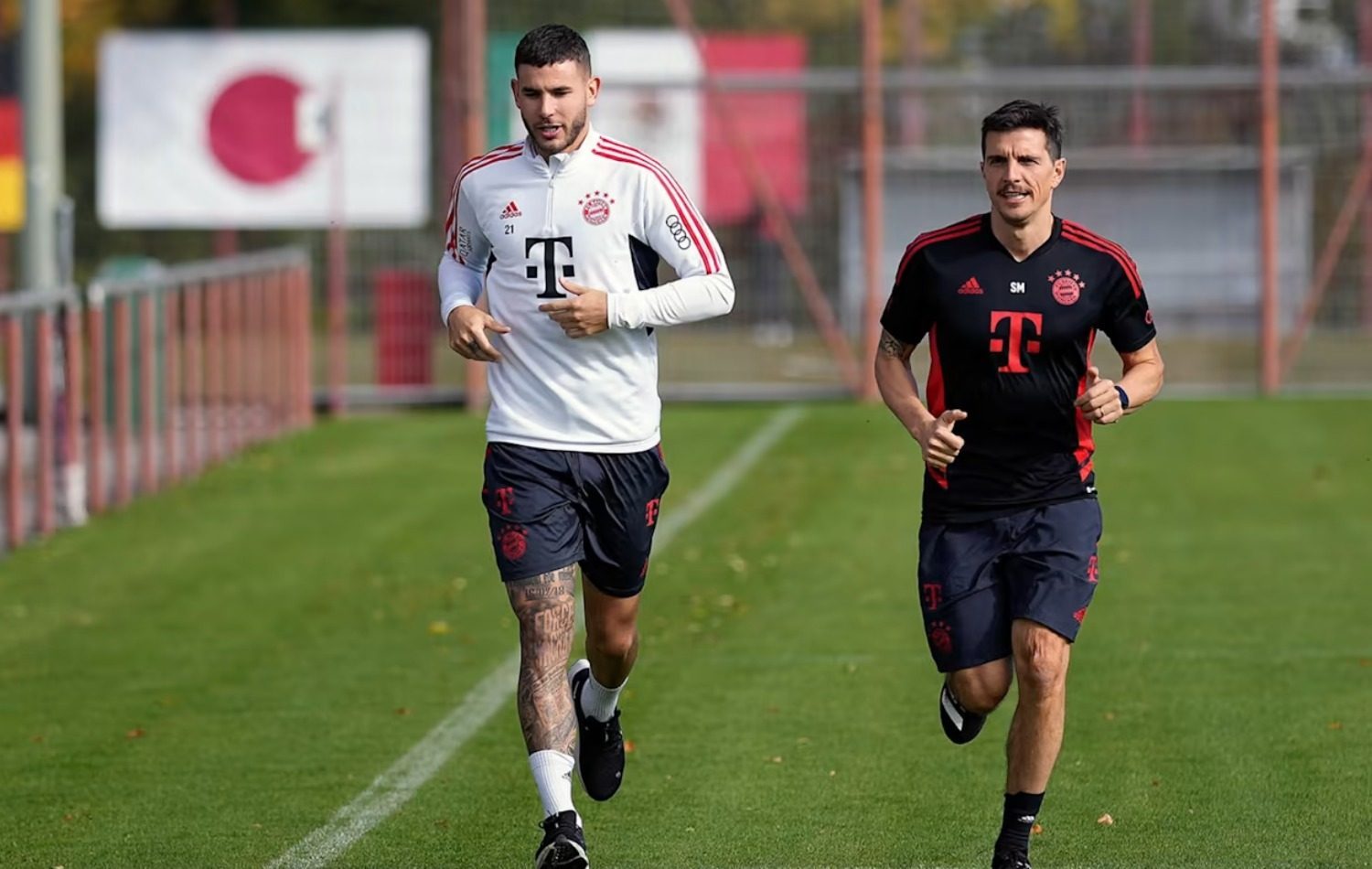 Great news for Bayern Munich and for Lucas Hernandez. The Frenchman was spotted doing individual training on Friday.

Hernandez has been missing since the middle of September after tearing a muscle bundle on his thigh after his brilliant performance against FC Barcelona in the UEFA Champions League, in which he scored the first goal for the Bavarians from a corner.

The Frenchman had to pay the price of his big commitment by suffering an injury, which has left him out of the field for quite a while. On Friday, exactly a month after his injury, Hernandez was spotted at Sabener Strasse. The Frenchman has thus started his rehab training.

Last week, news circulated that Hernandez would be at risk of missing the World Cup as his recovery process was a little bit slower than expected. Head coach Julian Nagelsmann also confirmed last Friday that Hernandez’s recovery would have to wait a bit.

The return of Hernandez on the pitch is great news for the club and for the player, who most importantly does not want to miss his FIFA World Cup spot at all costs.

However, according to BILD, Hernandez’s comeback still would have to wait. The Frenchman will be absent for two to three more weeks, depending on the recovery process. Like always, Hernandez will continue his recovery during this period of time.