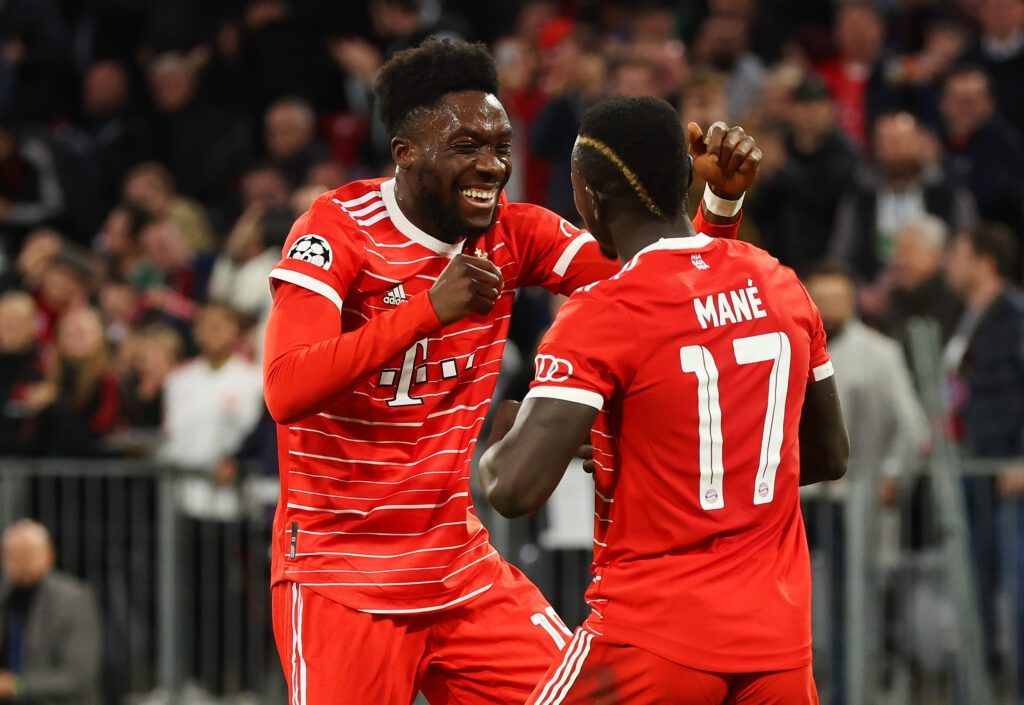 After a fantastic victory against Bayer Leverkusen on Friday, Bayern Munich outclass Viktoria Plzen in the Champions League with an amazing 5:0 victory over tonight’s guests at the Allianz Arena.

Here are some post match observations from today’s game:

During the summer, Bild reported that Julian Nagelsmann is preparing a 4-2-2-2 system that he used in his first season in RB Leipzig and in the first 4 games, Bayern looked unplayable in that formation, scoring 20 goals in that period of time and playing really good overall. After that, the 35-year coach forced a 4-2-3-1 which resulted in 4 negative results in a row in the Bundesliga. Tonight we saw this formation once again and it looked much better than in the last matches. Attacks were more fluid, faster and off-the-ball movements looked more effective and less predictable. Jamal Musiala played like as a 10 and he had the best benefit from this system tonight.

It was heavily rumored during the International break that Nagelsmann has the plan to use Senegaleese star on the Left Wing position to make him more comfortable in his system, since he played in that role for 6 years in Liverpool. It resulted in his best performance this season with that one from the Supercup against Leipzig, his finishing is still not at the level that is expected yet, however, it is obvious that he is enjoying and plays better on the left side, than as the solo striker that he played in the last few weeks.

Gravenberch and Goretzka pivot can be trusted

Ryan Gravenberch finally got his starting spot after the game against Viktoria Köln in the DFB Pokal, and from the first minute he showed what a player he is. He stopped counter attacks and was really aggressive when he hunted opposition players from behind, and his ability to progress with the ball is really on high level and can be really useful against some teams who like to press. On the other hand, Goretzka was in his typical box to box role and contributed a good assist for Serge Gnabry after a nice ball progress.

Both of them really fit together with their playstyles and roles and we are looking forward to see this duo once again in the coming weeks!

Leroy Sane is back at his best

If there is a player who has some type of retribution to make, then that is Leroy Sane. There were a lot of stories and controversies about the player but game by game we saw a different Sane who is aggressive and looks like the one who we saw in Manchester City. With Jamal Musiala he is the best Bayern G/A contributor this season, even though Julian Nagelsmann plays him on the right wing position which did not fit him in the last 2 seasons. He now has 17 goals in his last 13 Champions League games and finally looks like a player in who we can believe this season.

Last season there were a lot of criticism that a pair of Lucas Hernandez and Dayot Upamecano has a big height disadvantage against teams with strikers like Erling Haaland, Romelu Lukaku, Karim Benzema, etc. With Matthijs De Ligt in the squad, that disadvantage has now disappeared which can really unlock Dayot Upamecano and give him more freedom as he has been given this season. Upamecano looked really good in the attack organisation with his ball playing skills and abilities, while De Ligt did not let anyone to jump over Bayern defence and also had some picture perfect long balls to which can be pretty dangerous against teams with high defensive line.

Gnabry’s goal as a confidence boost

The German winger has had a poor run of form this season which has been noted both outside and inside the club. Bayern hierarchy expect Gnabry to perform back to his best, and his goal today, despite being against a modest opponent, definitely should help him a lot gain his confidence back. We all know what Gnabry is capable of when he is at his best. There is a high chance that Gnabry will be starting once again for Bayern, this time in the weekend against Borussia Dortmund.