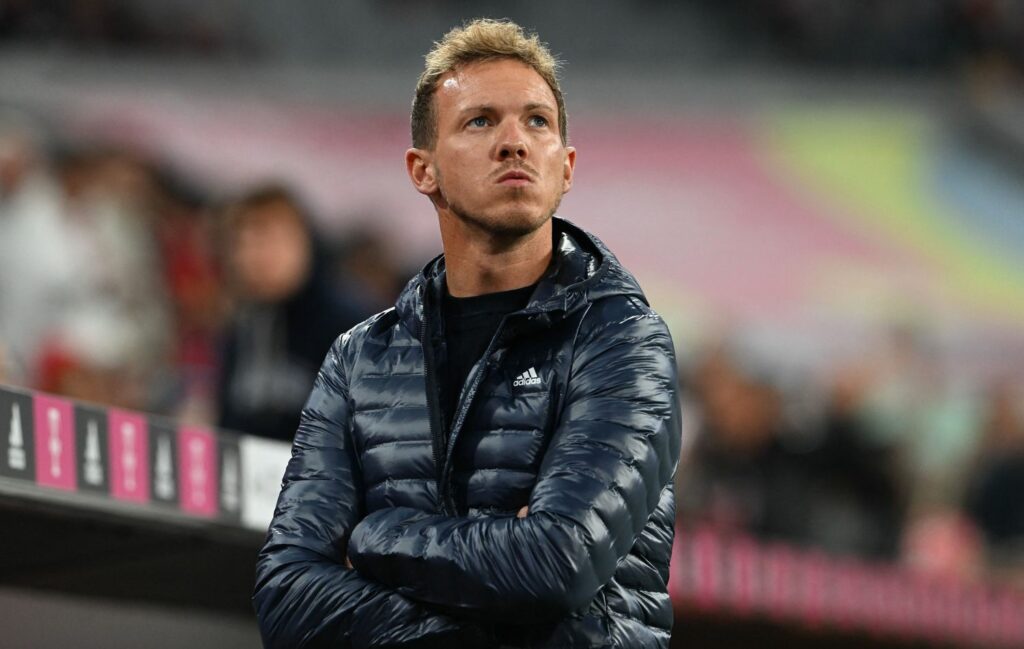 Julian Nagelsmann was present at today’s press conference ahead of the game against Viktoria Plzen in the Champions League. The head coach has clarified the squad situation and how the coach will proceed with certain players in the starting XI“

„We have to rotate a bit, but we won’t make 7 changes. There are several ways to rotate, early subs or starting XI changes. You’ll see tomorrow how I will decide.“

„But I just don’t see the drama, we’re Bayern Munich, you just have to be better than many other players“

Kingsley Coman returned to training with the team for the first time in four weeks and here is the plan for his comeback according to the coach:

„King [Coman] is doing well. He trained today with full workload, but is not an option for tomorrow, not yet. He will train again in the next few days and I’m optimistic he will be an option for [Borussia] Dortmund, but not from the start – rather an option for the squad“

There was an interesting question about Alphonso Davies, who has played every game since the start of the season and whether Davies will be rested tomorrow:

„Phonzy is still young and can play a lot. It always depends on how the game is going. Josip Stanišić often played in the position. He’s doing well too and would be an option to start for Phonzy. But I haven’t decided yet“

Leon Goretzka returned to the team after the COVID19 infection and here is his status for tomorrow:

„He’s doing well after his injury and Covid infection. We have to think about what position he’s playing. I’m currently leaning more towards #8 rather than #6 because I see him more valuable there. He should play like he did when he subbed on vs Bayer Leverkusen“

It’s also said that both him and Gravenberch could start as double pivot:

„It’s possible they will start as a double 6, even though both of them are more of #8. I haven’t decided yet“

With Thomas Müller and Joshua Kimmich out with Covid infection, it’s confirmed by Nagelsmann that there is a chance that they will be available for the Klassiker in the weekend:

„They have no symptoms. They feel good and they both would have liked to be training. If they test negative on Friday, they will be an option for Dortmund. Whether they can start on Saturday depends on their condition. I’m confident“