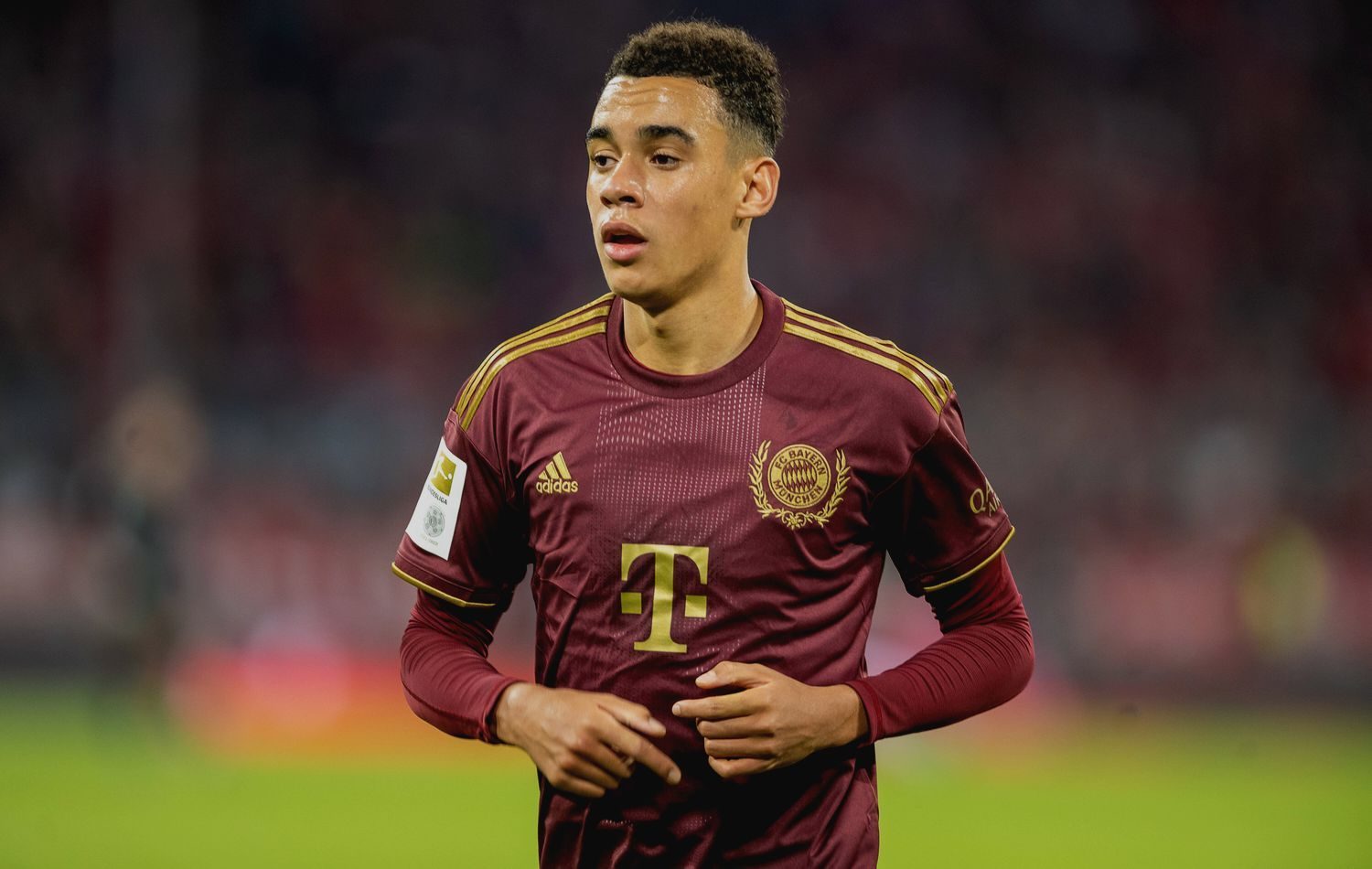 Jamal Musiala is undoubtedly one of Bayern’s most in-form players this season. The 19-year-old was directly involved in three of the four goals in the 4-0 win against Bayer 04 Leverkusen on Friday evening and thus almost single-handedly led Bayern Munich to an important home win against the Werkself. Fans, media and experts have been raving about the youngster and his qualities for quite some time. According to current media reports, however, there are doubts regarding the Germany international within FC Bayern

At the age of just 19, Jamal Musiala has developed into a top performer with the German record champions since this season at the latest. Twelve goals in eleven matches show the numbers speak for themselves. The offensive all-rounder is currently the top scorer at FCB with seven goals in all competitions and was one of just a few players in the past ‚mini-crisis‘ weeks to call up his normal form.

While Musiala was often labelled as a ‚rotational squad player‘ in the pre-season who was supposed to provide a breath of fresh air from the substitutes‘ bench, captain Manuel Neuer named his team-mate a ‚key player‘ in Bayern’s star ensemble after yesterday’s win against Leverkusen. Not everyone in Munich seems to already trust Musiala with this role, however

‚Bambi‘ has played 670 minutes for FC Bayern this season, eight matches in which the youngster was in the starting XI. Nevertheless, those responsible at Säbener Straße do not yet see the German national player as an undisputed regular starter, as reported by Der Spiegel. According to the news magazine, ‚there are doubts among those responsible at FC Bayern as to whether Musiala really belongs in the starting XI in every game, despite his current importance and his qualities‘

This is mainly due to his age. According to the Der Spiegel information, there are fears that a role as a regular starter would come too soon for Musiala. Accordingly, ‚there is a risk that he still lacks the maturity and that he cannot cope with it in the long run‘. With Jude Bellingham being recently named Borussia Dortmund’s third captain and leading them out this weekend ahead of older, more experienced players, the news is surprising that one player can be a captain at such a young age, and the other not suitable enough to regularly start

In view of the most recent statements by club boss Oliver Kahn, the report from Der Spiegel does not necessarily appear credible: ‚Jamal shows what he’s made of from game to game. That’s very constant. He manages to get to his top performance level game after game. He’s the one who’s giving us a lot of joy at the moment,‘ said the 53-year-old after the game against Leverkusen. Kahn’s comments differ to the ‚insider‘ reports. Whether this is credible remains to be seen