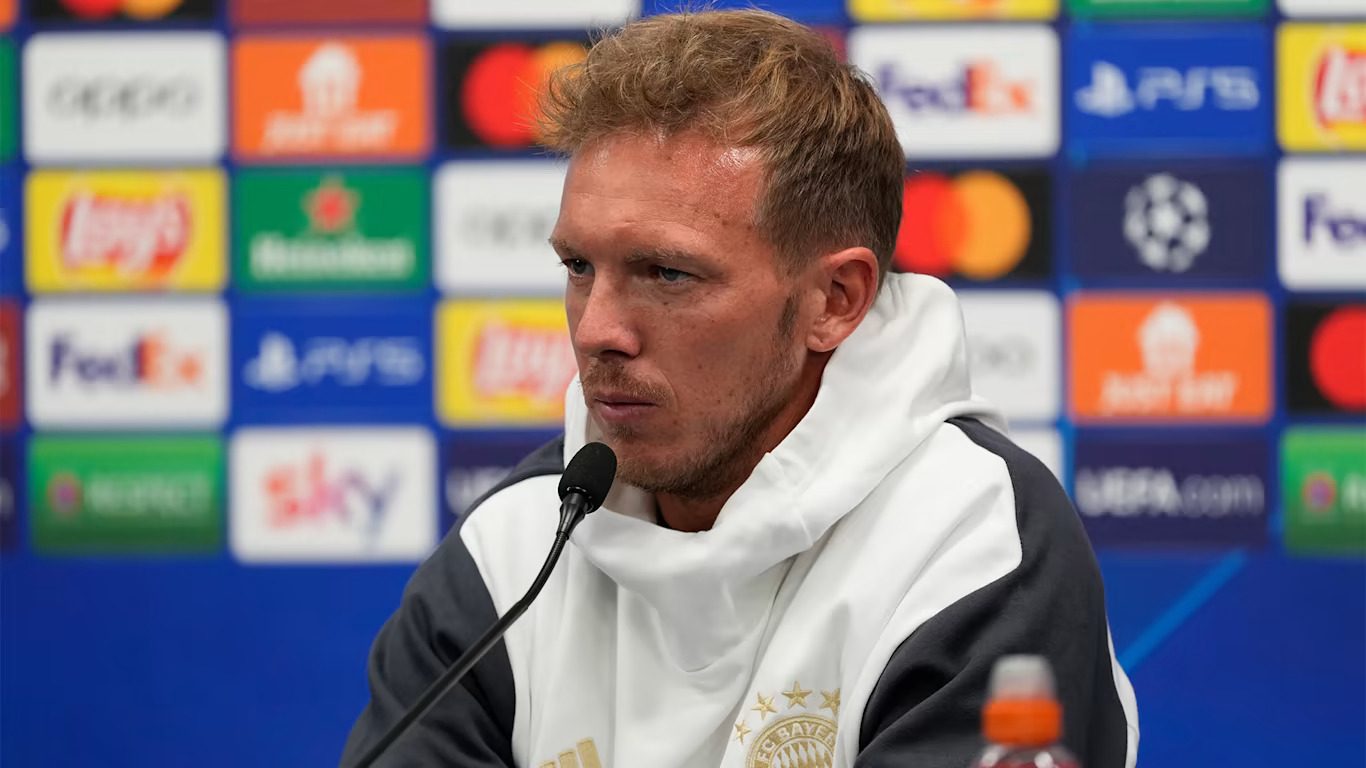 Bayern Munich will be facing Inter Milan in the first fixture of the Champions League. Here are the most important statements from Manuel Neuer and Julian Nagelsmann from the pre-match press conference.

„We have a strong group with good opponents. It’s something special that we’re playing in this stadium, the atmosphere is extraordinary. We had a great day when I played with Schalke in the quarter-finals. I’m looking forward to the game.“

„We know Inter are a good side and we approach the game seriously. We know that we won’t be infallible and we have to prove our quality. We want to underline that we want to reach the knockout phase.”

“We are among the favorites [to win the title]. In the past two years, we haven’t managed to go through to the end. Losing to Villarreal hurt. We have the right to be one of the favorites and we want to show that.”

„It was the first game against Union where we didn’t have that many chances. We still have a good goal difference in the league. We have a lot of players up front who can score“

„Champions League is always something special, hearing the anthem is always something nice. I’ve never been to the San Siro as a coach. I’m looking forward to the game and the stadium. It’s going to be an important game. A good start is necessary. Our performance against Union Berlin was weak but we’re in good spirits, I’m confident that we’ll do well“

„I’ve made a few decisions (about the starting XI), but not for it in entirety. We have players who are at a similar level so we can make changes without the XI getting weaker. It’s not that easy at the beginning of the season. Leon is a candidate for the XI, but he still has a long way and hasn’t been able to train that much with the team. He is still a candidate.”

„When choosing line ups it always depends, because it’s different. In some cases, you can choose early on. In some other cases, you talk to the player to explain the decision, you don’t have to explain things in detail every time. For example, I had to tell Thomas Müller that he did not play against Union from the start because of his performance, but because the wings were already occupied by others. Some cases are just different“

“Bayern should always be one of the favorites in the Champions League. There are a few other clubs too. In the end, it’s important to talk less and act more“

„I expect Sadio [Mane] to help with his experience, to become a goalscoring threat, and to lead by example. He is not a loud-speaking person, but as a good character, he can lead the group. He should play like he always does, we’ll all be very happy.“

„It can be both a blessing and a curse when you’re not in a good shape in the league. The Champions League is a different competition. A lot depends on how we perform. Inter are a very experienced and clever team. They have a very good coach and a lot of individual qualities. With Romelu Lukaku, of course, an important striker is missing. In midfield, they have three types of players. They will also defend higher sometimes, but also deep“

“I can’t understand the criticism, even if Sabitzer doesn’t play spectacularly. He’s not a Cristiano Ronaldo, but he plays very cleverly. He was our best player against Union and defended a lot of counterattacks. Sabitzer didn’t have an easy first year. He’s doing very well, against Union he was our best player on the pitch. He is very intelligent in his way of playing. He is clever in tackling and possession. He’s been positively stubborn and said, ‚I know I can play better‘. It is his merit. He’s having a very good season.“

„Hernandez is a very good guy and very important on the pitch. He’s an aggressive defender, he loves to defend. He has also developed very well with the ball. I would like him to be a bit more of a goal threat in set pieces. I really enjoy working with him“