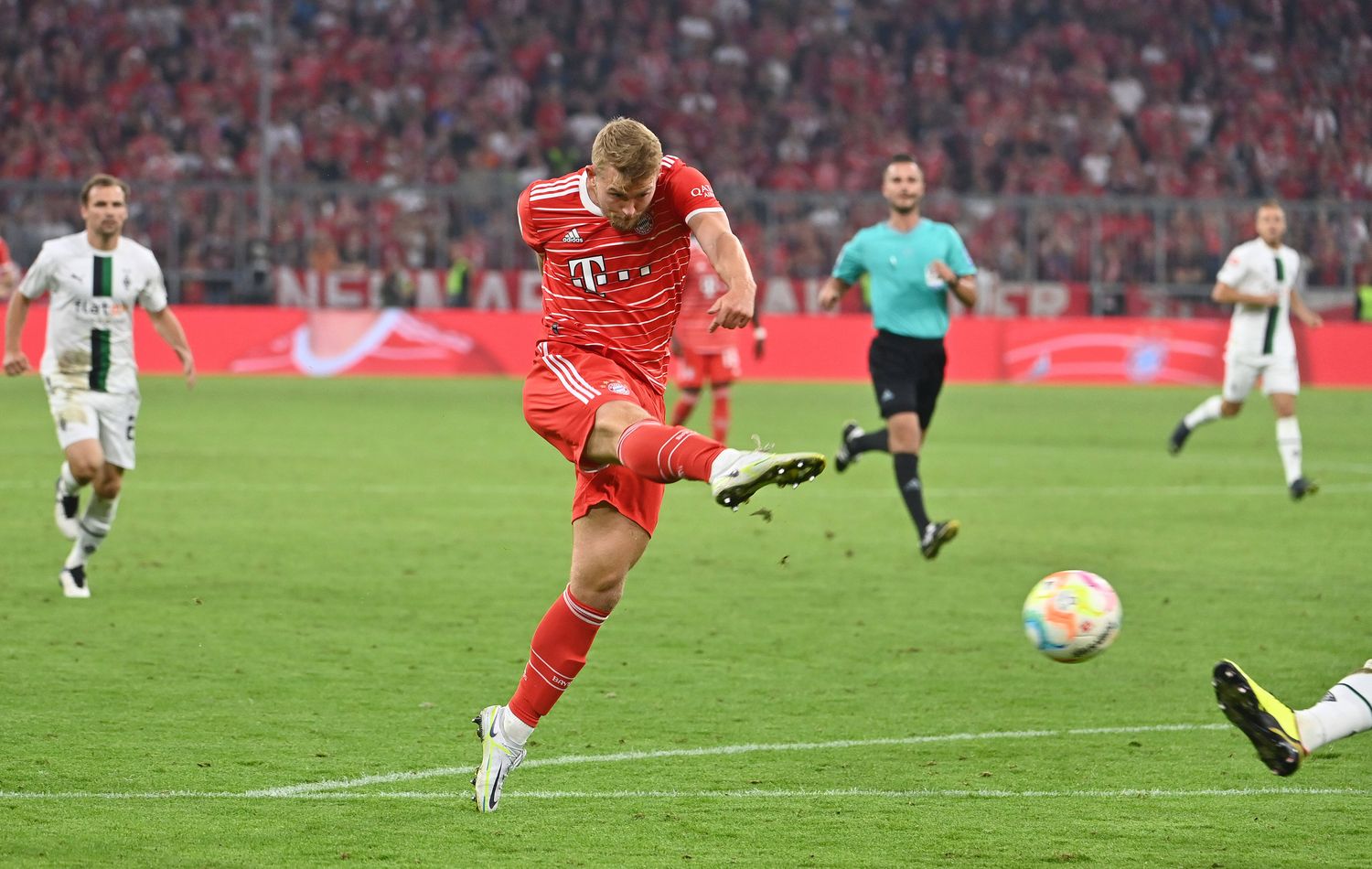 FC Bayern were held to a frustrating 1-1 draw against Borussia Mönchengladbach at the Allianz Arena, with Yann Sommer making a record-smashing 20 saves during the match, 6 more than the previous record of saves in a 90-minute match in Europe’s top 5 leagues, by Alexander Schwolow (14) against FC Bayern in February earlier this year. Despite having 35 shots to Gladbach’s 3, and this match arguably the best performance so far this season, some days the goalkeeper is just too good – ask Liverpool fans about the 2022 UEFA Champions League final if you’d like to know more about goalkeepers having a great day, Thibaut Courtois putting in a masterclass 90-minute shift on the evening for Real Madrid

Manuel Neuer: ‚We can’t knock ourselves much, except for the way we finished our chances. We played well, piled the pressure on and created loads of chances. We can be satisfied with the way we played, but not with the result. Gladbach defended very deep. The whole stadium was on the edge of their seats until we finally scored. The fans were behind us the whole time. We’re looking forward to the weeks packed with games now, it’s important that we make use of our squad depth‘

Thomas Müller: ‚We know it no other way, Sommer has his game of the season against us. But not all of the shots were unstoppable. It certainly must have been a great game to watch, it also felt good out on the pitch. But the longer it is after the game, the more dissatisfied I am with the result. If you need this many chances to score just one goal, we have to take a step back and look at ourselves. But the pros do outweigh the cons; we played in such a way that Gladbach hardly had a shot on goal. We’re looking ahead to the multiple games in a week now. We want to continue this good vein of form and make ourselves and especially our spectators happy. I remember Daniel van Buyten played up front a few times in the past. That’s not unusual when the box is crowded and it’s all about crosses. You can’t combine in a few square metres with 15 men fighting for the ball. So Matthijs de Ligt up front was a good idea‘

Matthijs de Ligt: ‚It’s not normal for me to play at striker. Usually I’m a defender. But it was nice to play up front. I did that two or three times in my youth team and also scored a goal. Unfortunately, that didn’t work out today. We have a very good team, so competition is normal. Upa and Luci did well. Julian Nagelsmann told me I did very well against Bochum. We have a lot of matches at the moment, so you need to be ready. I worked a lot and have a very good feeling; I’m ready‘

Roland Virkus (Sporting Director): ‚The boys gave everything they had today. You need to be proud when you get a point against one of the best, if not the best team in Europe . At the end of the day, you need a goalkeeper to make save after save. Yann Sommer was world-class‘

Daniel Farke (Cheftrainer): ‚It was difficult for us. We fought with passion and will to get a point. We actually wanted to keep the ball a lot. In the first half, we were a bit sloppy. In the second half, Bayern were irrepressible. Huge compliments to the team.‘

Yann Sommer (GK): ‚It was tough. We knew before the game that Bayern were in form. We defended well on the whole, but of course you can’t keep out everything against a team like that. I’m happy that I managed to have a good performance and that we were able to take home a point‘

Christoph Kramer (CDM): ‚We had an outstanding goalkeeper today and of course we had a slice of luck. You need that here, too, because Bayern are at their absolute best right now and are putting everything away. We had two close offside calls in the first half, but we threw everything into today and defended deep. We were full of desire and that’s half of the job if you want to come away from Munich with a result‘

Although it didn’t affect the result, it was worth noting the referee’s performance wasn’t exactly the best. Daniel Schlager had a poor match and was disappointing for several reasons including fouls, cards, and questionable decisions