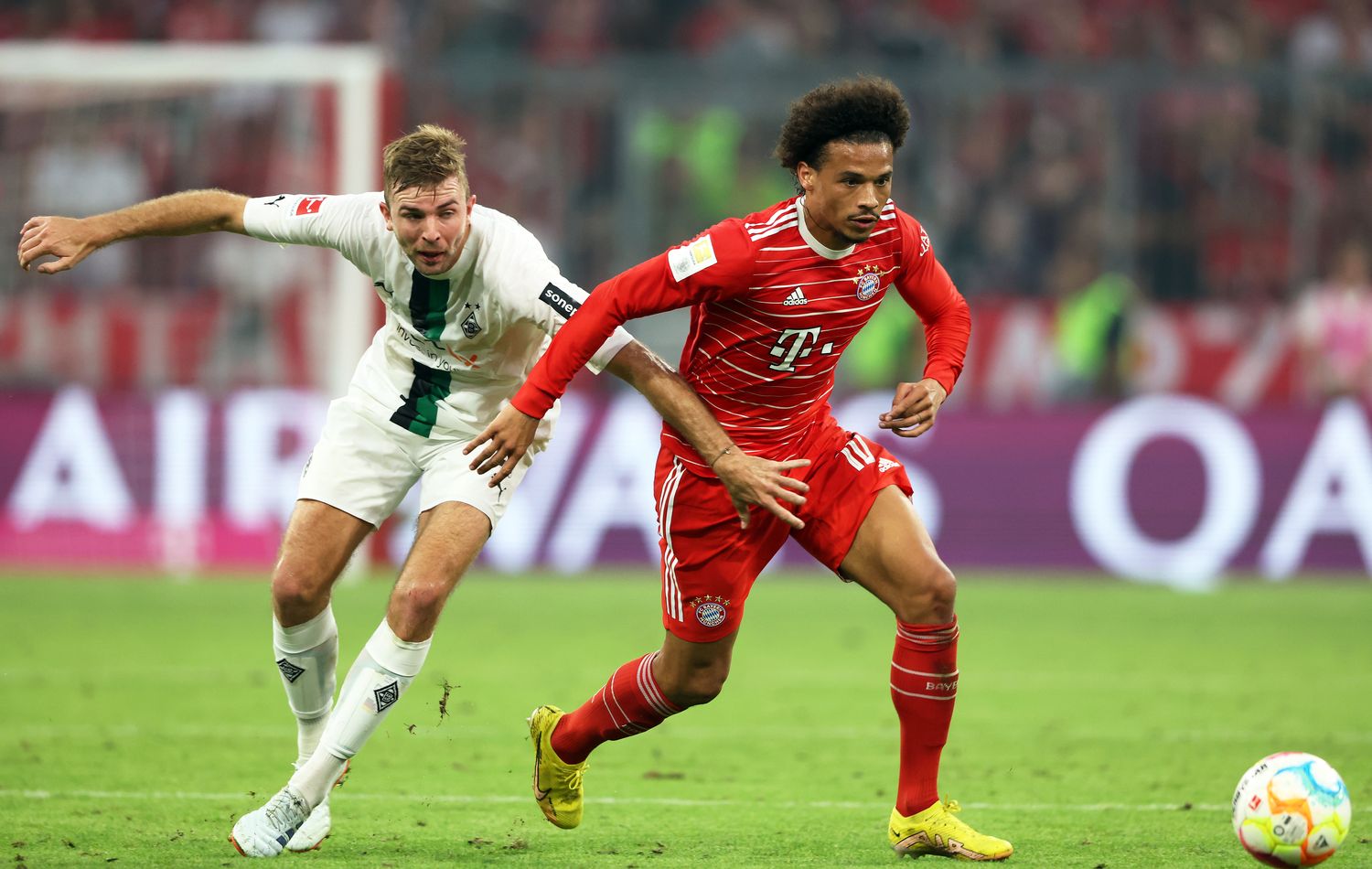 FC Bayern managed to get one point from the top game against Borussia Moenchengladbach thanks to a goal from Leroy Sane. However, the highlight of the game was definitely Yann Sommer.

After three wins in a row, Bayern dropped their first points of the new season. Julian Nagelsmann and his team shared the points in the Allianz Arena at home against “nemesis” Borussia Mönchengladbach with a 1-1 draw.

Even though there was no reason for Julian Nagelsmann to change his starting eleven after the 7-0 win against VfL Bochum last week, the 35-year-old decided to do so.

Matthijs de Ligt had to make way for Alphonso Davies. Lucas Hernandez moved back into the center of defense in the back four from the left. Joshua Kimmich and Marcel Sabitzer were allowed to start again in defensive midfield. On the offensive, Thomas Müller formed the duo together with Sadio Mané. Kingsley Coman and Leroy Sane started behind them.

Bayern started energetically and had their first big opportunity of the game after just a few seconds when Yann Sommer saved a Dayot Upamecano header after a corner.

Bayern clearly dominated the game in the early stages and had more than 60 percent possession of the ball. The guests from Mönchengladbach were very deep in their own half, sometimes with two defensive lines in front of their own penalty area.

Things got hectic in the closing stages of the first half. Mané scored what was supposed to be the opening goal in the 34th, but VAR promptly intervened and canceled the goal for offside. Another goal by the Senegalese was disallowed for offside in the 39th minute.

Shortly before the half-time break, Thuram scored ice cold in the one-on-one against Neuer and gave the guests the lead.

After the half time break, Bayern pushed for a quick equalizer, but it only became really dangerous in front of the Gladbach goal from the 60th minute. Mané initially had a double chance but failed twice due to two fantastic saves from Sommer. In the 65th, the Swiss goalkeeper made another save.

Sommer was under constant fire in the closing stages, but the 33-year-old kept his nerve and saved one shot after the other. Both Sane, Müller, and Pavard had their shots saved multiple times by the Gladbach keeper.

Seven minutes before the end, however, Sommer had no chance. After a nice ball from Musiala, Sane equalized a well-deserved 1:1.

Substitute Matthijs de Ligt had a great chance to turn the game around in the 91st minute, but the Dutchman also found his shot saved by Yann Sommer. The game ended in a 1-1 draw.

From Bayern’s point of view, this result is certainly extremely flattering, especially when you look at the statistics. Bayern had a clear increase in chances with 20:3 shots on goal, but 19 of them were saved by Sommer, setting an historical Bundesliga match record.

The next match will be against Viktoria Koln in the DFB Pokal on Wednesday.