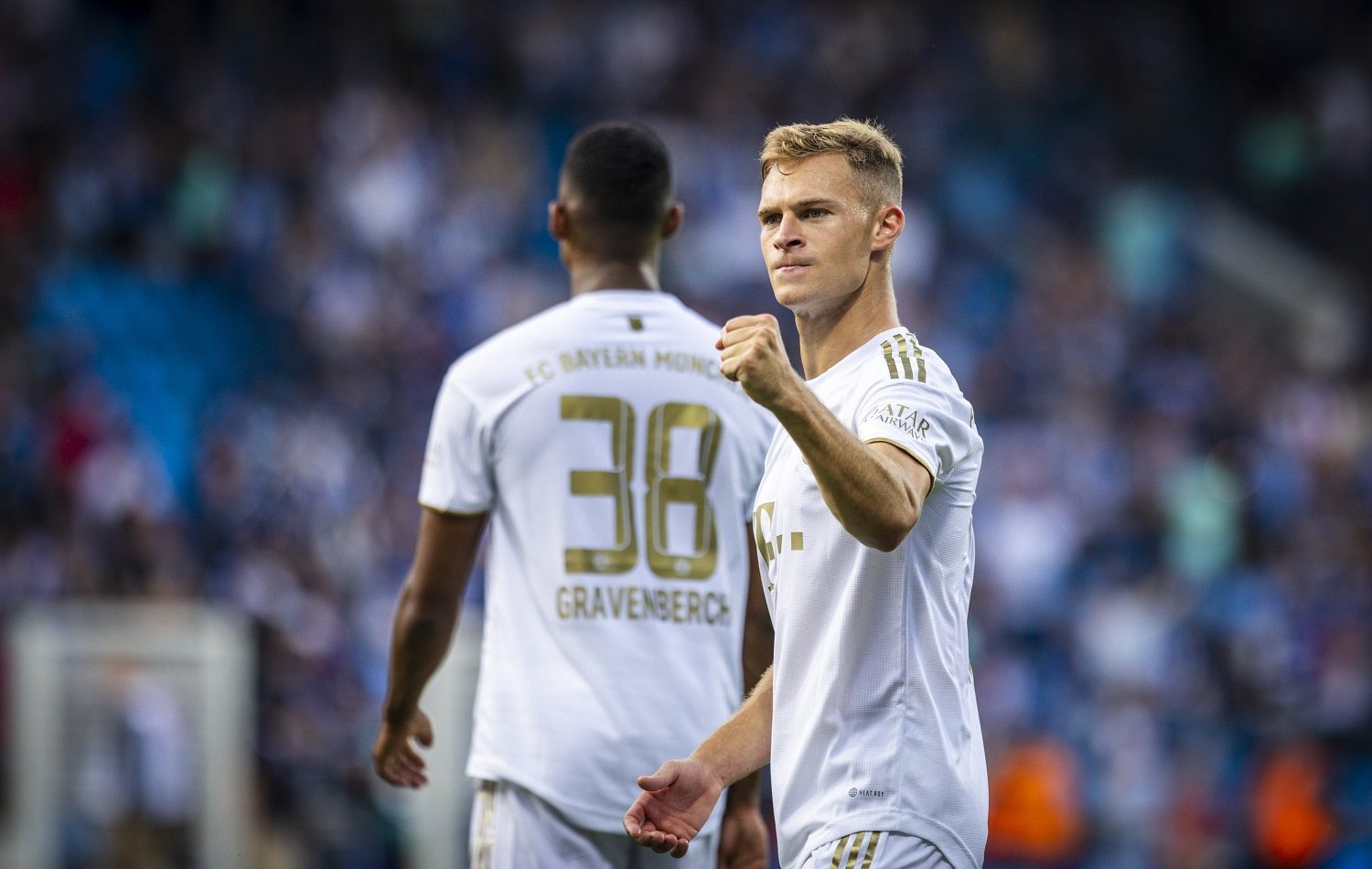 Joshua Kimmich has been labeled by many as the future successor to Manuel Neuer in the captaincy at Bayern Munich but also at the German national team. The head coach Julian Nagelsmann already considers the German midfielder one of the most important persons at the club.

Both Kimmich and Nagelsmann have had a very close relationship at Bayern Munich since the arrival of the German coach at Bayern last year. Recently, Joshua Kimmich was promoted to Bayern’s captain hierarchy after the departure of Robert Lewandowski.

The Polish striker was Bayern Munich’s third-choice captain until his departure to Barcelona was announced, much later, Kimmich took his place. But Kimmich doesn’t only have a lot of responsibility and trust from the coach on the pitch, he also does so off the pitch

According to „SportBild“, Joshua Kimmich has been given special tasks by the coach this season. Nagelsmann has made Kimmich responsible for organizing „team meetings in the evening“ after home games and ensuring that the whole team participates in those meetings.

In this way, a harmonious relationship and atmosphere are created between the players. The head coach attaches great importance to gathering the team together and the „spirit of the team“ is to be strongly advocated this season.

Kimmich and Nagelsmann already have a very close relationship, but Kimmich’s word not only carries weight in the Bayern dressing room, Nagelsmann also repeatedly includes the versatile midfielder in his tactical discussions.

As per „SportBILD“, the midfielder has even become Nagelsmann’s most important contact person within the team. Both have regular contact with each other outside the pitch and outside the training ground via phone calls or Messenger.