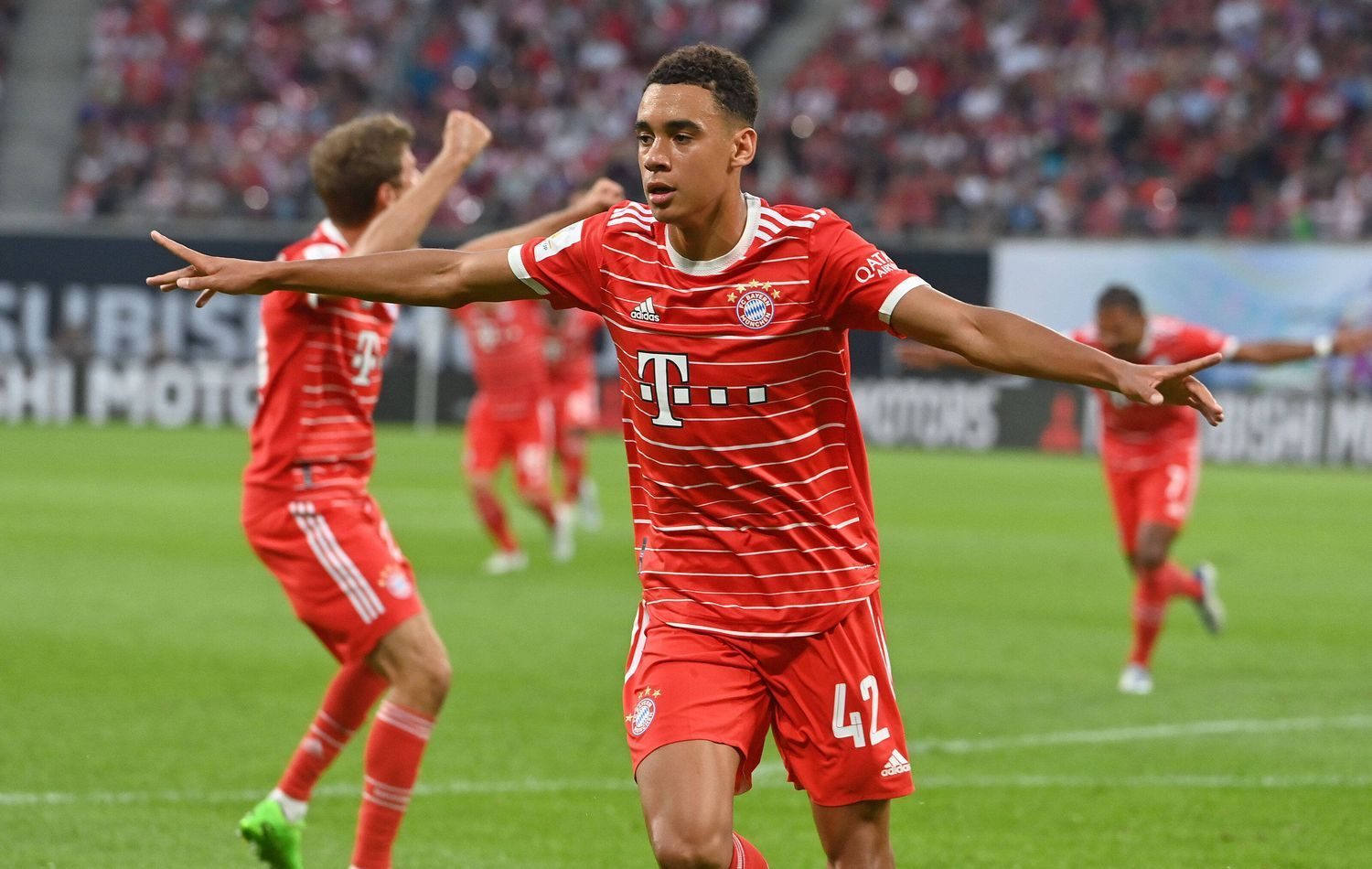 Jamal Musiala has made a furious start to the new season and is making it harder for Julian Nagelsmann to put him on the bench.

In three games that passed, Jamal Musiala has scored four goals and made one assist for Bayern. Currently, he is partnering with Thomas Müller in Julian Nagelsmann’s 4-2-2-2 formation in the attacking midfield. So far, Musiala has become a player too hard to put on the bench.

While the player was not satisfied at the beginning of the last season with his lack of playtime, Musiala slowly was integrated into Nagelsmann’s gameplans and his performances both in training and on the pitch have earned him a starting place ahead of Leroy Sane and Kingsley Coman.

The head coach claims to be satisfied with the recent team performances and implies that there is no need for changes at the moment, and it is unlikely that the coach should be making changes unless a player is injured. So for Musiala, chances are high that he could become a regular starter this season and finally show the world what he is capable of every game.

In the past, Matthäus compared Jamal Musiala to a younger version of himself, such praises don’t seem to have gotten through his head, he’s been rather modest and always hard-working, as Nagelsmann has often hinted.

According to the 1990 FIFA World Cup winner, Musiala, whose current market value is at 65 million euros, is more worth than that: „For me, Jamal Musiala is already worth over 100 million euros. If someone wanted to buy him out of his contract now, the transfer fee would be closer to 150 million euros.”

„But that should not be a problem, Musiala is not for sale, he is the future of the club, and also an incredibly popular figure“, he said.