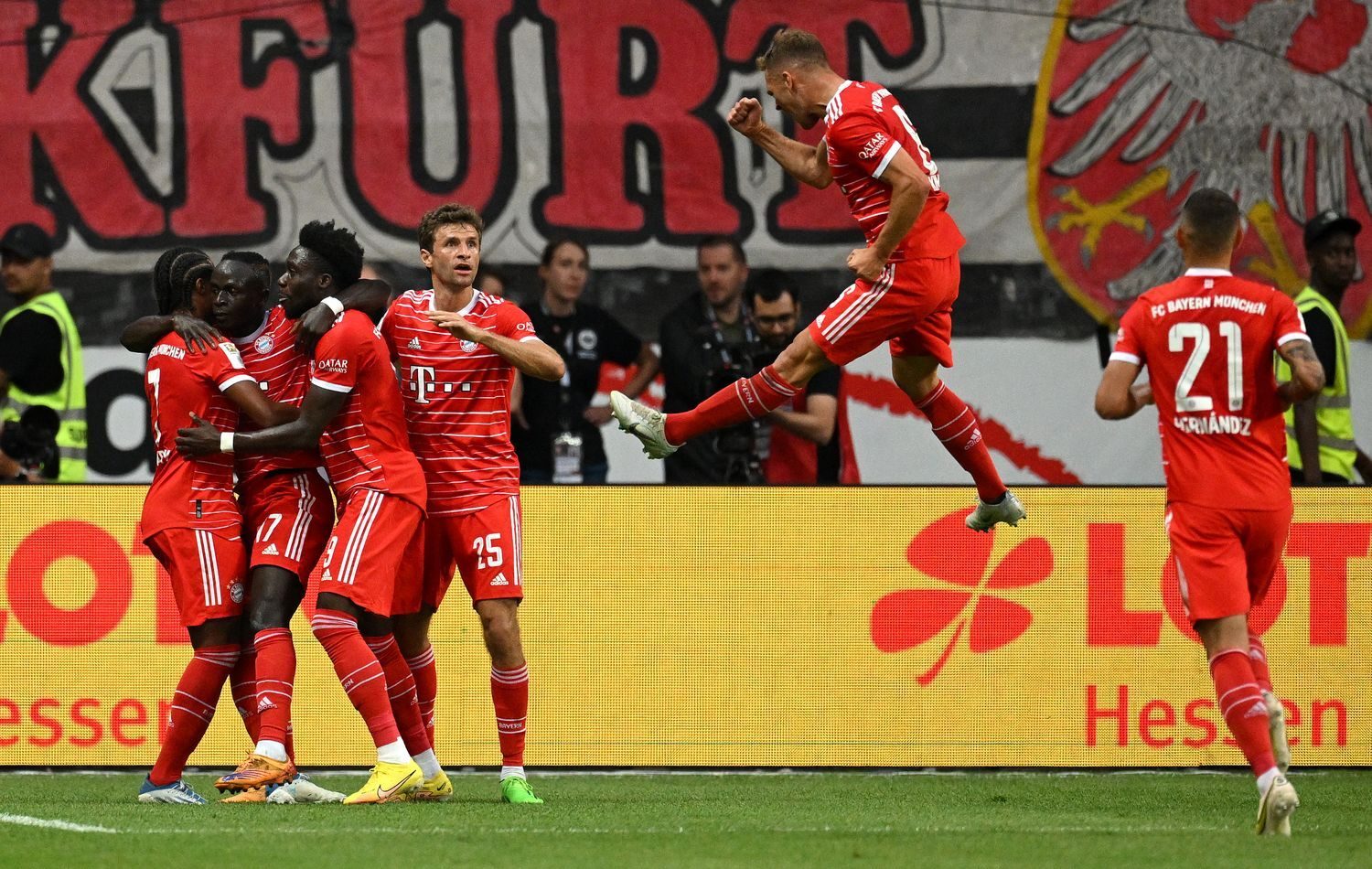 Bayern Munich started the new Bundesliga season with a phenomenal victory away from home. The Bavarians thrashed Eintracht Frankfurt 1-6

A week after the Supercup victory against RB Leipzig, the Bavarians started the new Bundesliga season in the best way possible. Julian Nagelsmann did not make any changes compared to the last week’s line up. Serge Gnabry, Jamal Musiala, Thomas Müller and Sadio Mane were preferred up front with Joshua Kimmich and Marcel Sabitzer as the midfield duo.

Joshua Kimmich gave Bayern Munich the early lead in the 5th minute of the match after converting a free-kick into a goal from 20 yards out, with Kevin Trapp nearly seeing nothing due to the smoke that was caused by the home fans with the flares. In the 11th minute, Benjamin Pavard scored directly after a corner with a powerful shot from close range.

The game became too intense with both teams having lots of chances and hitting the crossbar. Inside 10 minutes, Frankfurt’s Tuta and Bayern’s Müller both came close by hitting the post.

It was in the 29th minute however that Bayern would finally convert another goal through Sadio Mane’s header after a cross from Serge Gnabry. But Bayern Munich were just getting started.

The relentless attack and pressing became too much to bear for the hosts. Bayern quickly scored two more goals through Jamal Musiala in the 35th minute and later Serge Gnabry in the 42nd minute. The halftime ended 0-5 after a brilliant display by Bayern.

After the halftime break, Bayern appeared more relaxed in the second half, while the hosts tried to score early. Jakic scored 1-5 for the SGE in the 56th minute, but the goal was not awarded due to an offside position.

In the 64th, however, Eintracht then scored the well-deserved consolation goal. After a blunder by Manuel Neuer, Muani reacted the quickest and put the ball easily into the empty Bayern goal from almost 20 meters.

At this point, as minutes went by, Bayern looked more dominant and calm in possession after the substitutions of Ryan Gravenberch, Noussair Mazraoui, and Matthijs de Ligt. Newcomer Mathys Tel also made his first competitive debut for Bayern.

In the end, Jamal Musiala scored the brace in the 83rd minute after a good pass from Leroy Sane which marked the end of a remarkable victory away from home. Although it seemed as if Bayern could have scored more in the second half if they wanted to, the first half was definitely one of the most incredible football plays we have ever watched as Bayern fans!

FC Bayern’s next match will be on August 13th, where they will face VfL Wolfsburg in the first home game of the season. 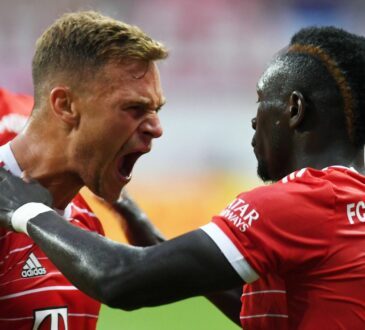 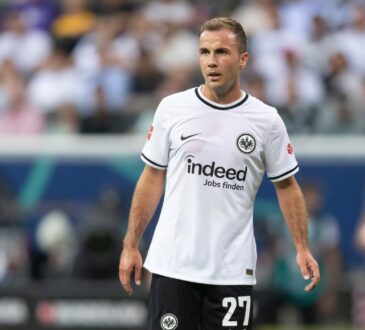 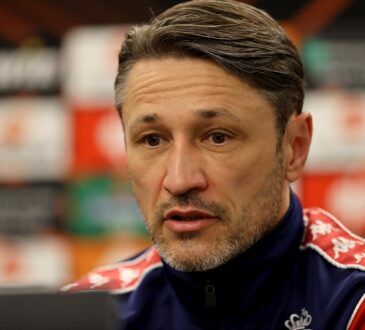 Kovač: In the current situation, I would have stayed longer than 16 months

BM.DNAAugust 11, 2022August 11, 2022
Niko Kovač has made claims to his close friends and entourage that if the FC Bayern bosses had treated him...