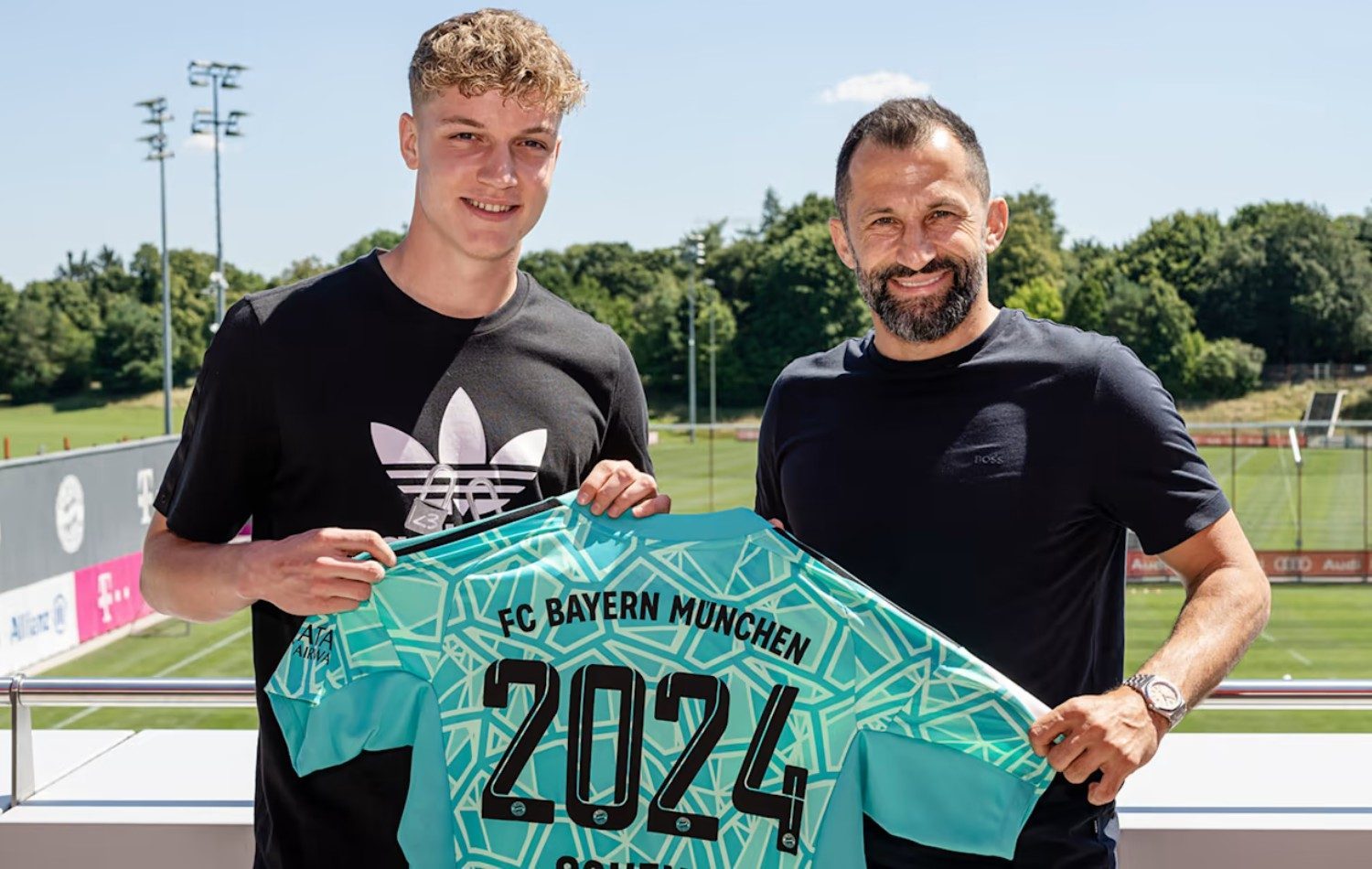 After Paul Wanner and Gabriel Vidovic, Bayern’s Johannes Schenk is the next youth player to sign a professional contract. The young goalkeeper left 1. FC Nürnberg and joined Bayern Munich in the summer of 2017 and has fought his way up from the U16s to the pros. Schenk has signed a professional contract with the German record champions until 2024.

Bayern sports director Hasan Salihamidzic commented on Schenk: „Johannes has developed well with us and we are convinced that he will take the next step in his professional career. He is another great talent from our youth development program at the FC Bayern Campus, from whom we have high hopes for the future. He gives everything and has great reflexes“

The 19-year-old youngster is looking forward to the next step in his young career: „It’s a great honor to be able to sign a professional contract with FC Bayern. That was a long way away when I came here five years ago. I want to gain a lot of experience now and keep improving.”

It is unclear whether Schenk will play for the Bayern amateurs in the regional league in the new season or is planned as number 3 behind Manuel Neuer and Sven Ulreich with the pros.