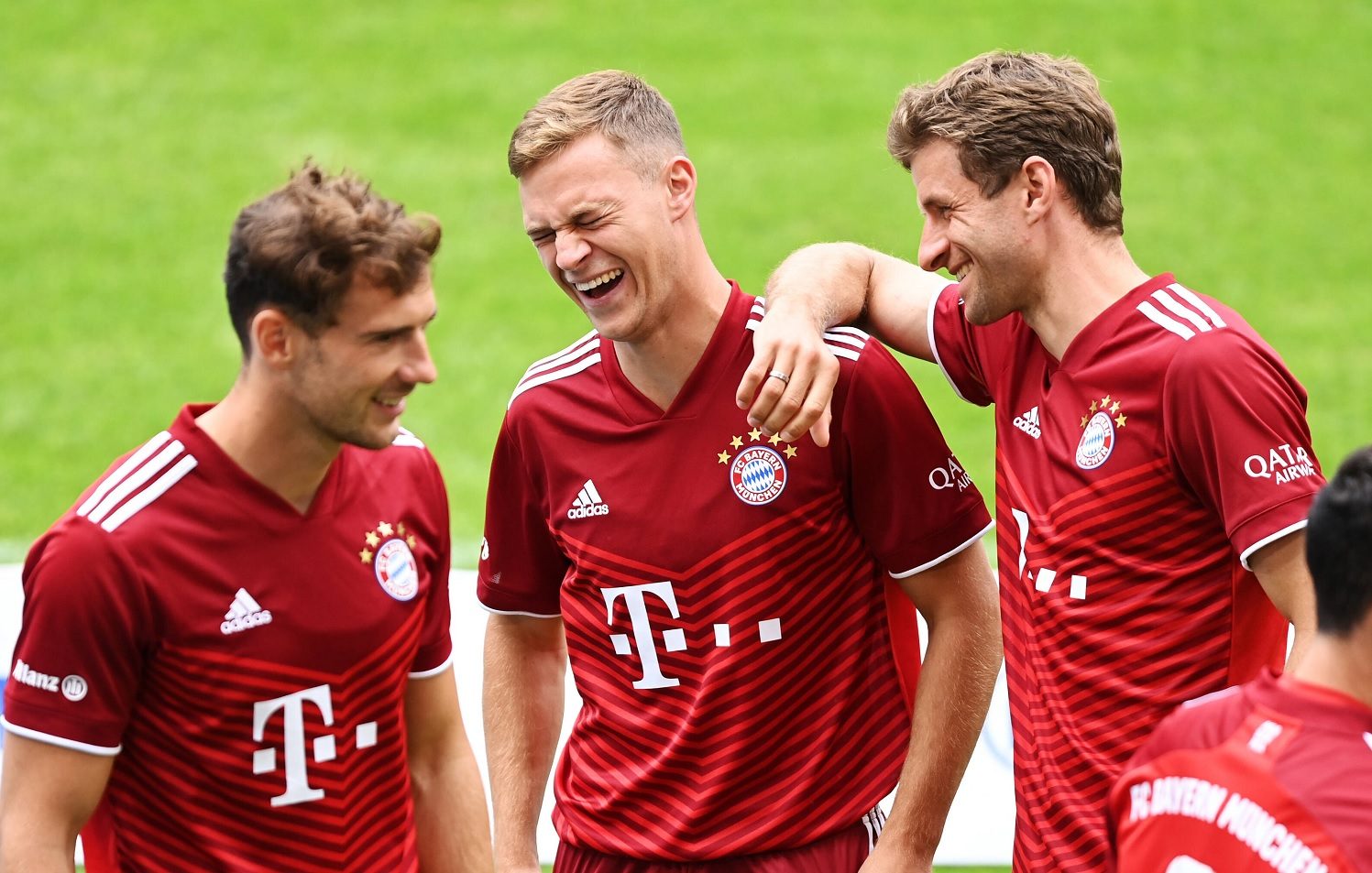 Let’s look at Benjamin Pavard and Lucas Hernández, for example. Benji Pavard started his career as a central defender, but was shunted wider to the right in the national team setup after impressing at VfB Stuttgart. Meanwhile, Lucas Hernández is a first-team central defender at FC Bayern, and is also the first choice in the French national team setup at left-back. It’s hard to be first-choice in two positions, but Lucas Hernández, competing with his brother Theo Hernández, has almost made that left-back position his own. With France now playing a 3-4-3 more often than before, Lucas takes the left defensive position, with his brother Theo as the wingback, holding the flank as tight as they can. Meanwhile, Benjamin Pavard mirrors Lucas Hernández on the right side, playing inside in the 3-4-3 and out wider in the 4-3-1-2 France have so often used

Meanwhile, Alphonso Davies has made waves since his FC Bayern arrival in 2019. Initially a winger on either flank, moving into defence has seen him become potentially the best left-back in the world. But even being the best in your position might not be the most useful trait for some teams. With his Canadian teammates, he fills a void in central midfield, shuttling the ball up and down as a very competent box-to-box 8, sometimes even as a 10 just behind the striker. He’s also played on both flanks in attack, as has joined central defence. Some performances have been stronger than others, naturally, but the ability to slot into said positions without hestitation is a huge asset for the player, team, and coach

Looking elsewhere in attack, Serge Gnabry has notched 10+ Bundesliga goals as a right-winger, but prefers to play on the left flank when wide, and centrally above all, whether supporting an advanced forward or taking up the 9 position himself. Kingsley Coman and Leroy Sané can play on either flank, and Leon Goretzka as an 8 or 10, depending on the situation

But as for versatility, there are three names which should come to mind: Joshua Kimmich, Thomas Müller, and Jamal Musiala. The 19yo sensation broke into the first team playing on the left side of attack, but usually drops at 10 behind the striker. He’s also played up front, on the right, and this season as both a 6 and 8 around established personnel. Moving around so much at this age can cause disruption to development, but Jamal Musiala has taken it in his stride, excelling across all these positions with rarely a foot wrong

Thomas Müller is already a legend, and managing to play in four positions has emphasised this. Either up front as a 9, shadowing the striker, further back as a 10, or even on either flank, his positional understanding and calculated movement is replicated by no other. But Joshua Kimmich, having played in every position minus left winger, is the definition of versatility. The best right-back four years ago, and now the best defensive midfielder in Europe, Kimmich is world-class in every position he’s made his own

At FC Bayern, it’s almost a requirement to play in a multitude of positions. Even without, players who can cover a range of areas on the pitch are more likely to be selected in the matchday squad due to the limited number of substitutes allowed. Developing versatility is also beneficial to a player’s career path, as shown by David Alaba now playin in central defence at Real Madrid, and central midfield or left wing for Austria, away from his natural left-back position. But the true beneficiary is the head coach, capable of slotting continentally-known players into any position on the pitch as required