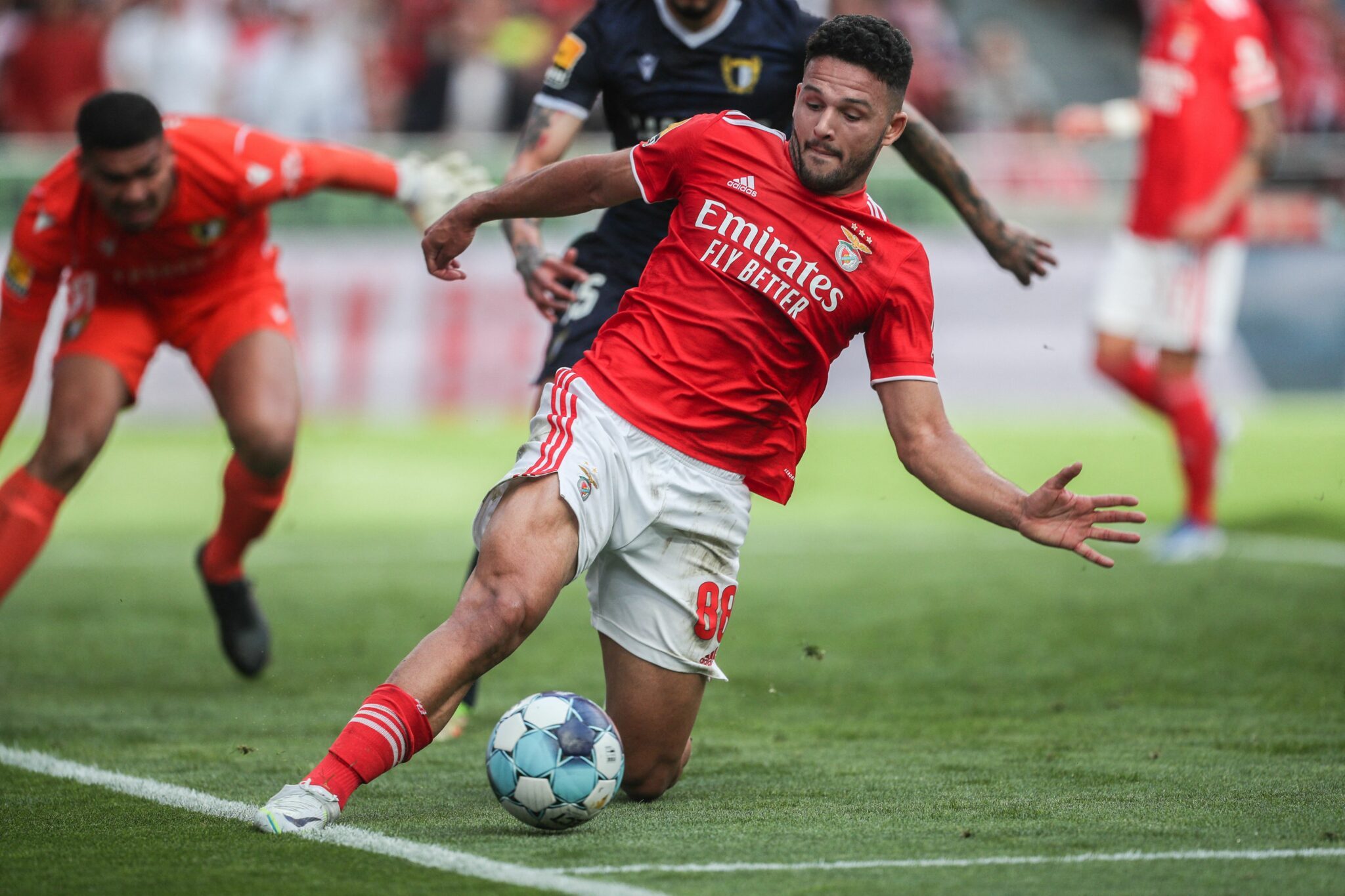 Robert Lewandowski wants to leave Bayern Munich and a departure would only take place if Bayern Munich find an adequate alternative. After the arrival of Sadio Mane, the club is now searching for another Lewandowski replacement.

According to Portuguese newspaper “Record”, several European clubs and Bayern Munich are monitoring Benfica’s striker Goncalo Ramos. It’s not the first time Bayern have been linked with Ramos. Reports were already circulating in 2019 that the scouts were being observant of the young striker.

The attacker comes from Benfica’s youth and has played for the first team since the 2020/21 season. He scored seven goals in 29 games last season. His quota for Portugal’s U21 national team, for which he has a hand in 13 goals in 9 games, is particularly striking.

According to the report, the right-footer has a €120m release clause. Given his good but not outstanding season, it seems unlikely that a club would put that amount on the table.

According to the „Record“, Benfica are ready to negotiate for a sum of 40 million euros. But Bayern are not alone in the list of the clubs that are after the striker. There is competition from Borussia Dortmund, Newcastle and Nottingham Forest, all of which could imagine going for the striker.

For Benfica, it would be the next expensive departure after Darwin Nunez’s departure to Liverpool. It is therefore completely open whether the club is willing to lose two strikers during one transfer window.