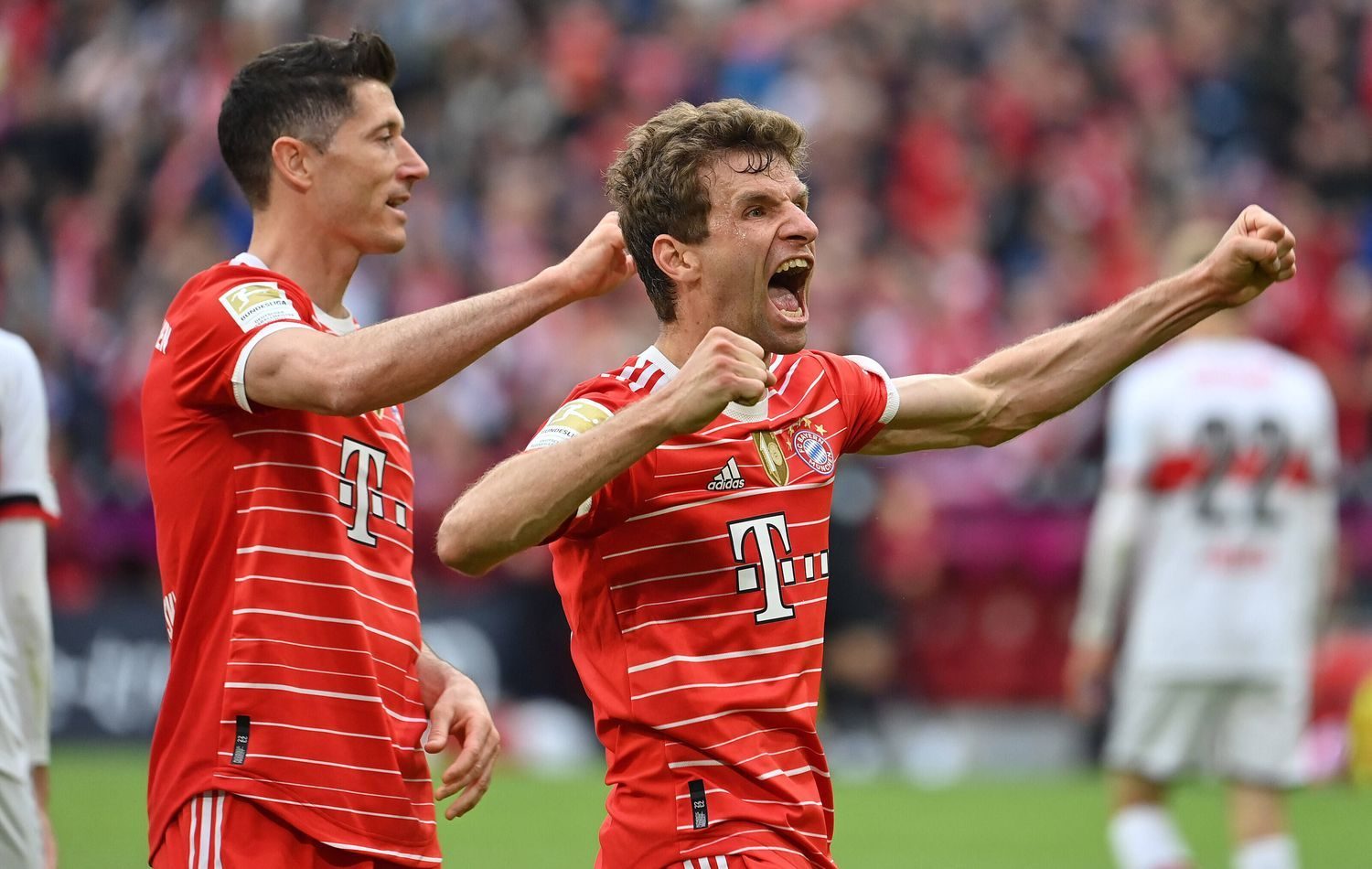 Thomas Müller and Robert Lewandowski have become one of the most legendary duos in the modern era and have become perhaps the most dangerous attacking duo in the club’s history.

With Robert Lewandowski confirming his departure from Bayern Munich after eight years at the club, the attack of Bayern Munich will never be the same. Bayern will be losing a prominent goalscorer who has been scoring 30-40 goals on average every single season.

To say that Müller and Lewandowski benefited a lot from each other services is too small. In an interview for ‚kicker‘, Müller wants his partner to extend his contract: „Lewy has an important contract and I would like my long-time partner to stay longer, our relations on the pitch are well known.“ Müller, however, understands how things go in football and would not be surprised if Lewandowski ended up leaving: „But of course, the business is such that things can turn out differently.“

Müller makes an interesting analogy with Franck Ribery. It is no surprise that there have always been several Bayern Munich players who wanted to consider their future and then leave. In the past, Real Madrid wanted to sign Ribery, the player also wanted to leave and the club did their absolute best to keep him at the club.

On the other hand, Müller makes it clear that it would not be wise from Bayern to force a player to stay without his will: „Overall the club is bigger than us players. Would it make sense that Robert [Lewandowski] stays at the club? I just remember that Franck Ribery wanted to move to Real Madrid.“