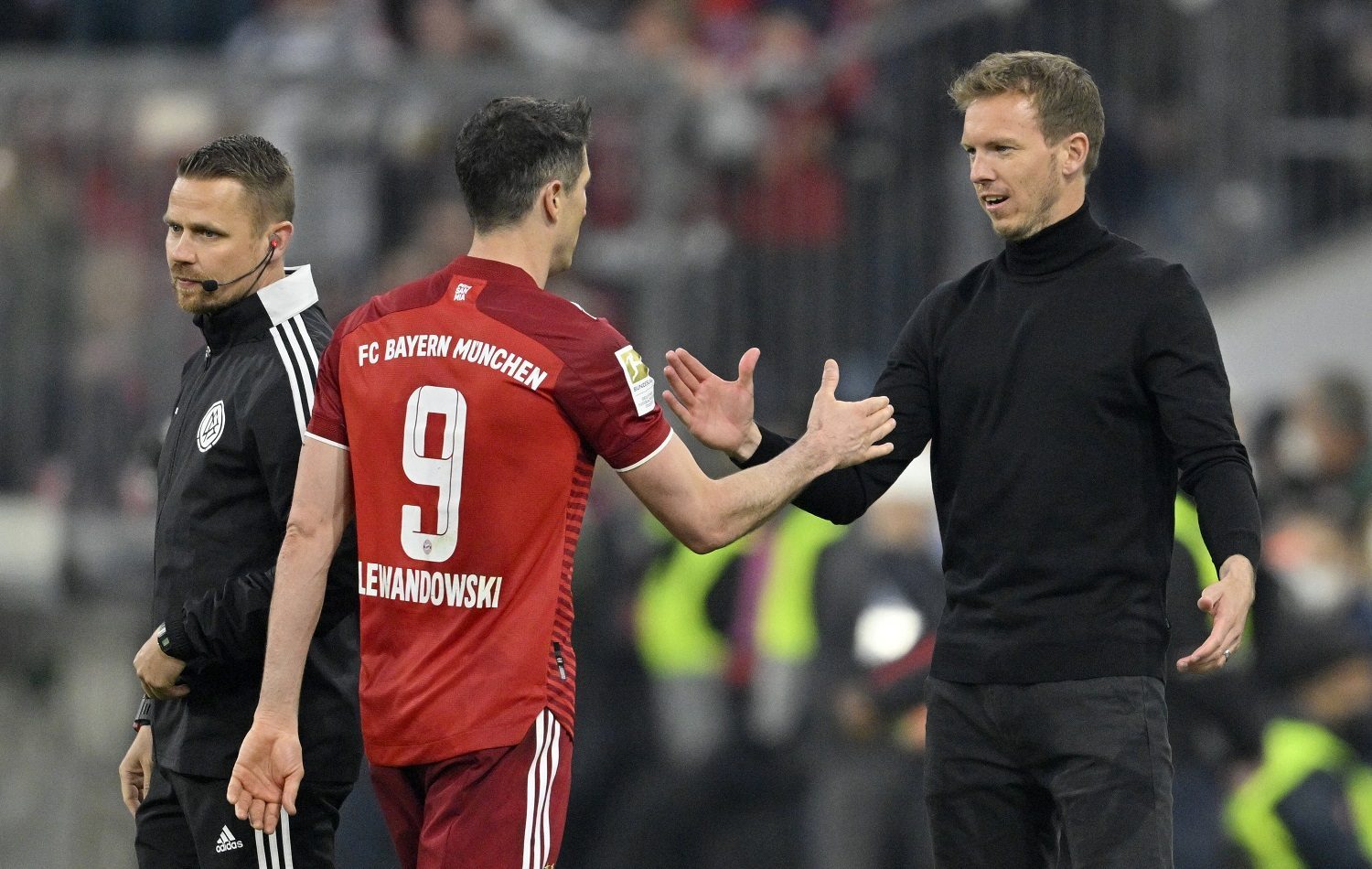 Bayern Munich will have to prepare for a future without Robert Lewandowski, the Polish striker had announced almost 2 weeks ago that he wants to leave in the summer after eight years. According to reports, head coach Julian Nagelsmann now wants to create a solution.

Bayern Munich has been heavily linked with Sadio Mane from Liverpool, who apparently wants to join the club. The Senegalese is considered as a potential successor to Robert Lewandowski. However, many fans, media, and experts have doubts as to whether the 30-year-old is actually capable of replacing the Polish center forward.

According to Sport1, Julian Nagelsmann already has a concrete idea in mind about how Bayern could play without Lewandowski in the future, but with Mane.

Although Mane is not a classic striker, Nagelsmann wants to have Mane at the club. The reason is due to the fact that the attack of the record champions could change fundamentally in the coming months. The 34-year-old is considering playing without a real striker, emulating Pep Guardiola at Manchester City.

According to “SPORT1”, Nagelsmann could rely on many flexible attackers who cause chaos in the opponents‘ box with their pace and tricks. That’s one of the reasons why Bayern continues to have Ousmane Dembele and Christopher Nkunku on the list alongside Mane. The two Frenchmen are not trained strikers either but feel at home on the wings.

Mane is currently the absolute dream player for Bayern bosses and Nagelsmann. According to „SPORT1“ information, the Liverpool star can very well imagine playing for the German record champions. Bayern and Nagelsmann are pushing hard for the transfer.