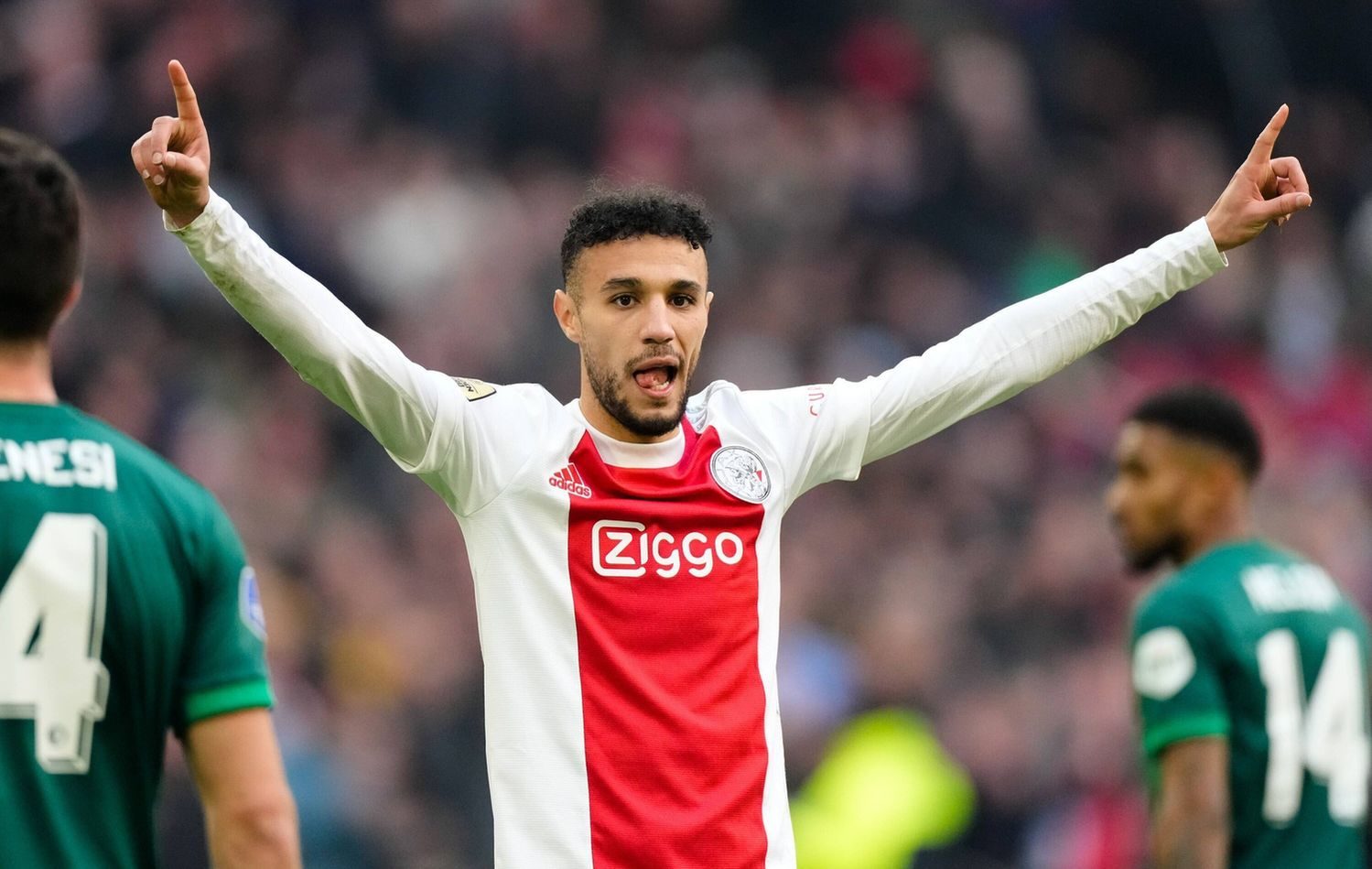 Bayern Munich have now announced the signing of Moroccan right-back Noussair Mazraoui who will move from Ajax to Bayern on a free transfer.

FC Bayern have sealed their first new signing for the 2022-23 season. Moroccan international Noussair Mazraoui is moving from Ajax Amsterdam to Bayern on a free transfer and will have a contract until 2026 at Bayern.

Sporting director Hasan Salihamidzic commented on the signing as follows: „We are delighted that Noussair Mazraoui is our first signing of this transfer window. He had offers from all over Europe and chose us because we have a clear plan with him and we want to achieve big goals with him. Noussair is a player who puts a lot of pressure down the right offensively. We also like his mentality very much: He is burning for this challenge“

Mazraoui himself is looking forward to the new challenge in Munich: „I had a good feeling right from the first talks with FC Bayern and I’m happy to be moving to one of the biggest clubs in Europe. FC Bayern have just become German champions for the tenth time in a row and will also be among the contenders to win the Champions League again next year. I chose this club because I can win the biggest titles here.“

The Moroccan was trained at the youth level of Ajax Amsterdam and made the leap to the first team in 2018. In the past four years, the defender has played 136 games, in which he has scored 10 goals and made 9 assists for the Dutch champions. 28 of them in the UEFA Champions League (3 goals, 2 assists). In addition, Mazraoui has been a Moroccan international since 2018 and has played 12 international matches so far.