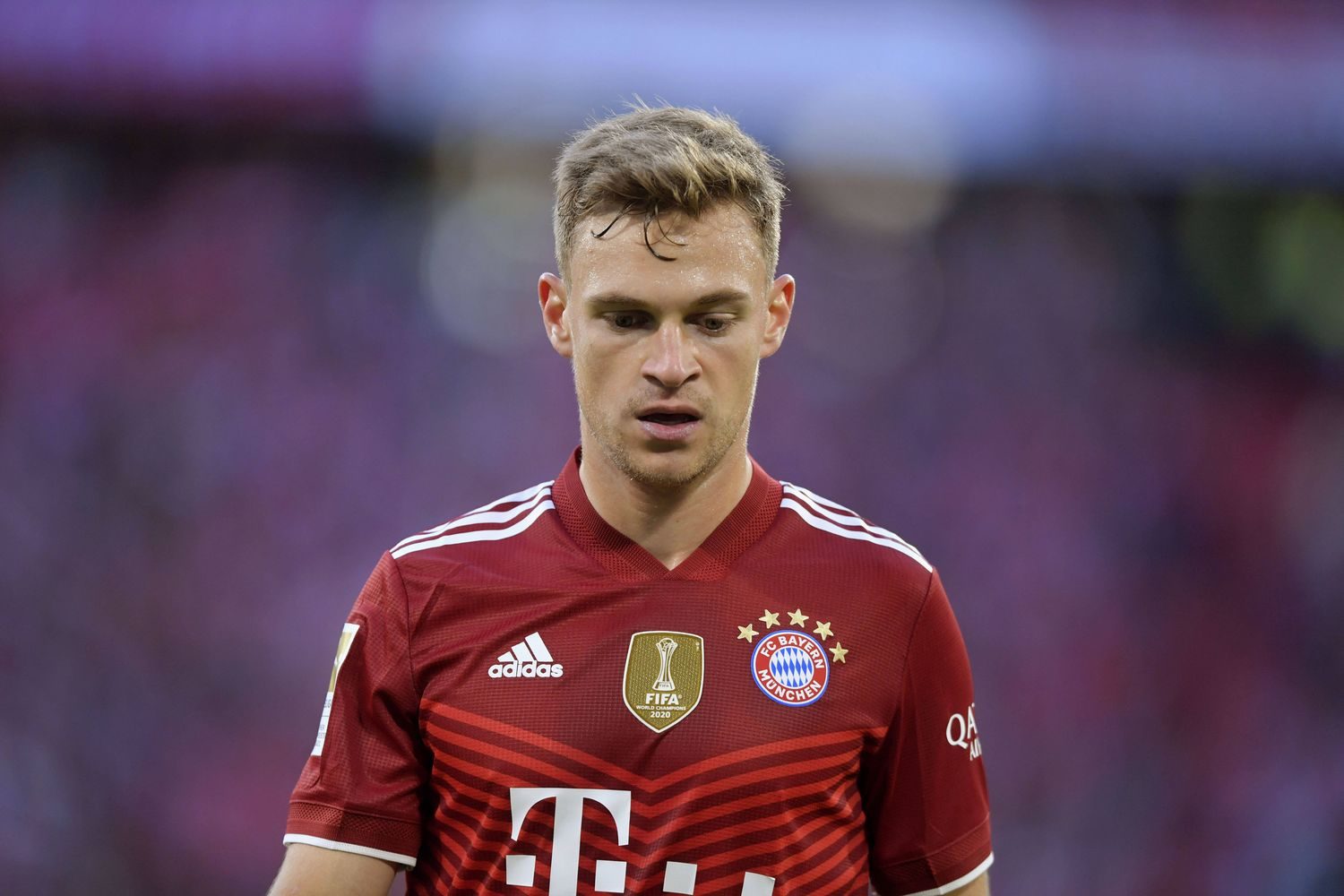 Bayern Munich finished the 2021-22 season only with two titles: The Bundesliga and the DFL Supercup. Although the 10th league title in a row was something historical, for Joshua Kimmich, there are still things that have to be improved.

Under the bright sunshine at Marienplatz and in front of almost 10,000 Bayern fans, the Bayern stars celebrated their 10th league title in a row on Sunday. Although Bayern stars are looking forward to their well-deserved vacation, many are still upset that the club ended their season so early and is not participating in a final.

Joshua Kimmich was critical of this current season at the league celebrations: „We played a decent first half of the season but after the winter break we did not play well at all. We had a few players who were missing, and never really got into the rhythm“, he told Bayerischer Rundfunk.

The 27-year-old didn’t want to sugarcoat anything and made it clear that Bayern weren’t even close to competing for the Champions League title: „We weren’t close. It wasn’t close this season. We have to learn and understand that it’s not enough if we don’t give our 100%.“

Most importantly, the midfield boss of Bayern Munich complained about the mental attitude of the club: „A lot has to change. It’s just not enough if we don’t push our limits every day.”