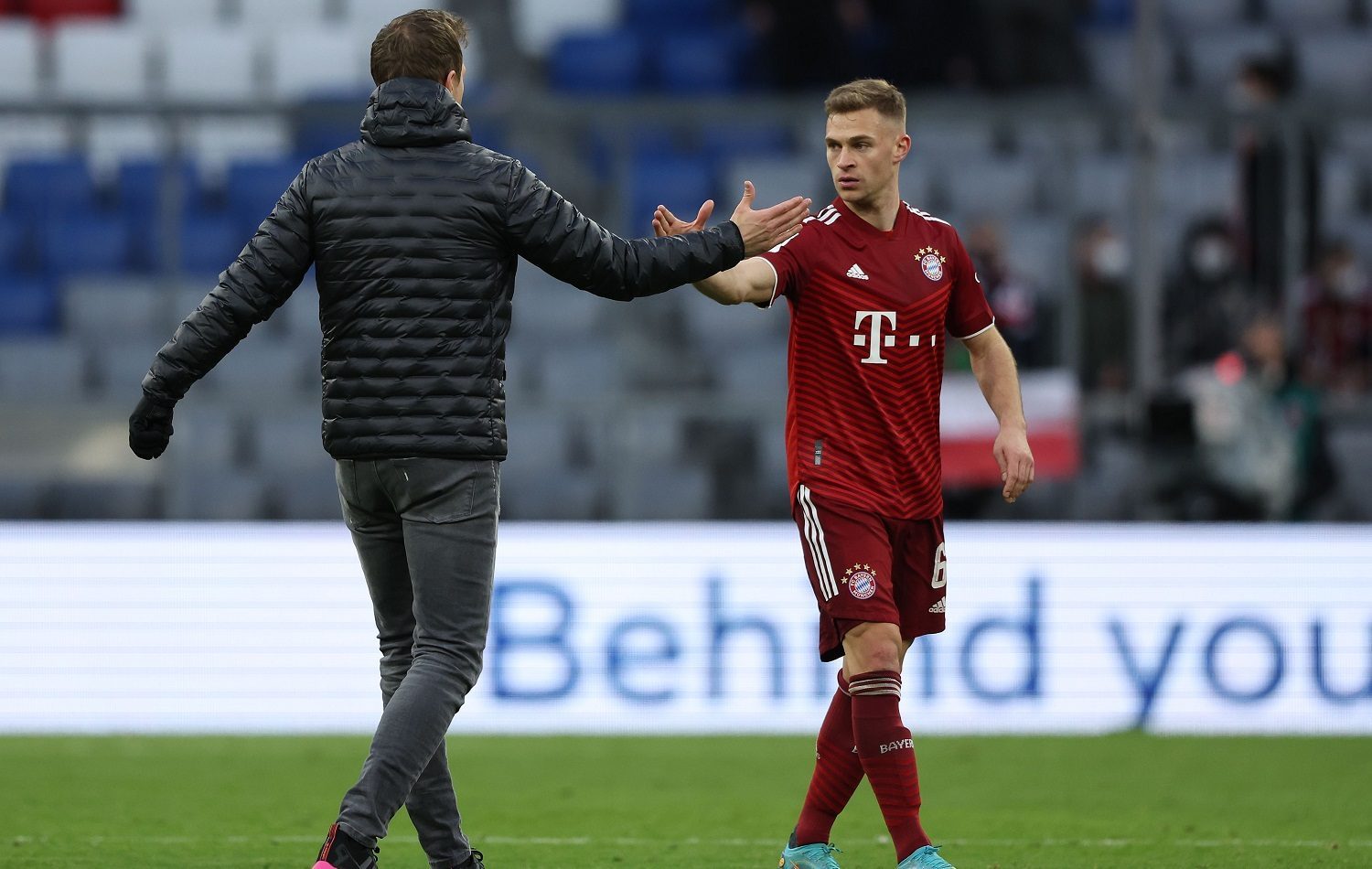 With Manuel Neuer and his two vice-captains Thomas Müller and Robert Lewandowski, FC Bayern has a strong leadership trio. Despite not being included in the captain hierarchy, Joshua Kimmich still plays an important role for Julian Nagelsmann. The midfielder is apparently the „secret boss“ at the German record champions.

At 27, Kimmich is in the prime of footballing age and has experienced many ups and downs at Bayern. „SPORT1“ reports, that the German international has now become the „most important contact person“ for Julian Nagelsmann.

According to the sports TV station, the Bayern coach talks to the midfielder a lot and intensively. This is due in particular to the fact that midfield boss Kimmich acts as organizer in the Bayern game. This means that the German star is Nagelsmann’s extended arm on the pitch.

According to „SPORT1“ information, the two have discussed a lot over the past few months the „overall tactical approach“. Kimmich is said to be a supporter of the young coach’s tactical ideas. Nagelsmann has repeatedly tried to change the established 4-2-3-1 this season. The 34-year-old prefers a back three with a much more offensive approach. Rumor has it that not all players are excited about it. Players like Robert Lewandowski also have difficulties with Nagelsmann’s game ideas.

Kimmich is not only extremely important for Nagelsmann and Bayern on the pitch, but the 27-year-old is also very committed off the field. According to „SPORT1“, he is always looking for an active discussion with his teammates. Kimmich approaches all players, regardless of whether they are transfers, top stars, or young players. Omar Richards recently even referred to Kimmich as his „big brother“.

Above all, Kimmich attaches great importance to integrating the campus talents into the first team. He recently took the two homegrown players Paul Wanner and Gabriel Vidovic under his wing and regularly gives the youngsters feedback and tips.

For many fans, media, and experts one thing is certain: Kimmich is the future Bayern captain and designated successor to Manuel Neuer. Looking at his current role, it seems as if he is already the „secret Bayern boss.“