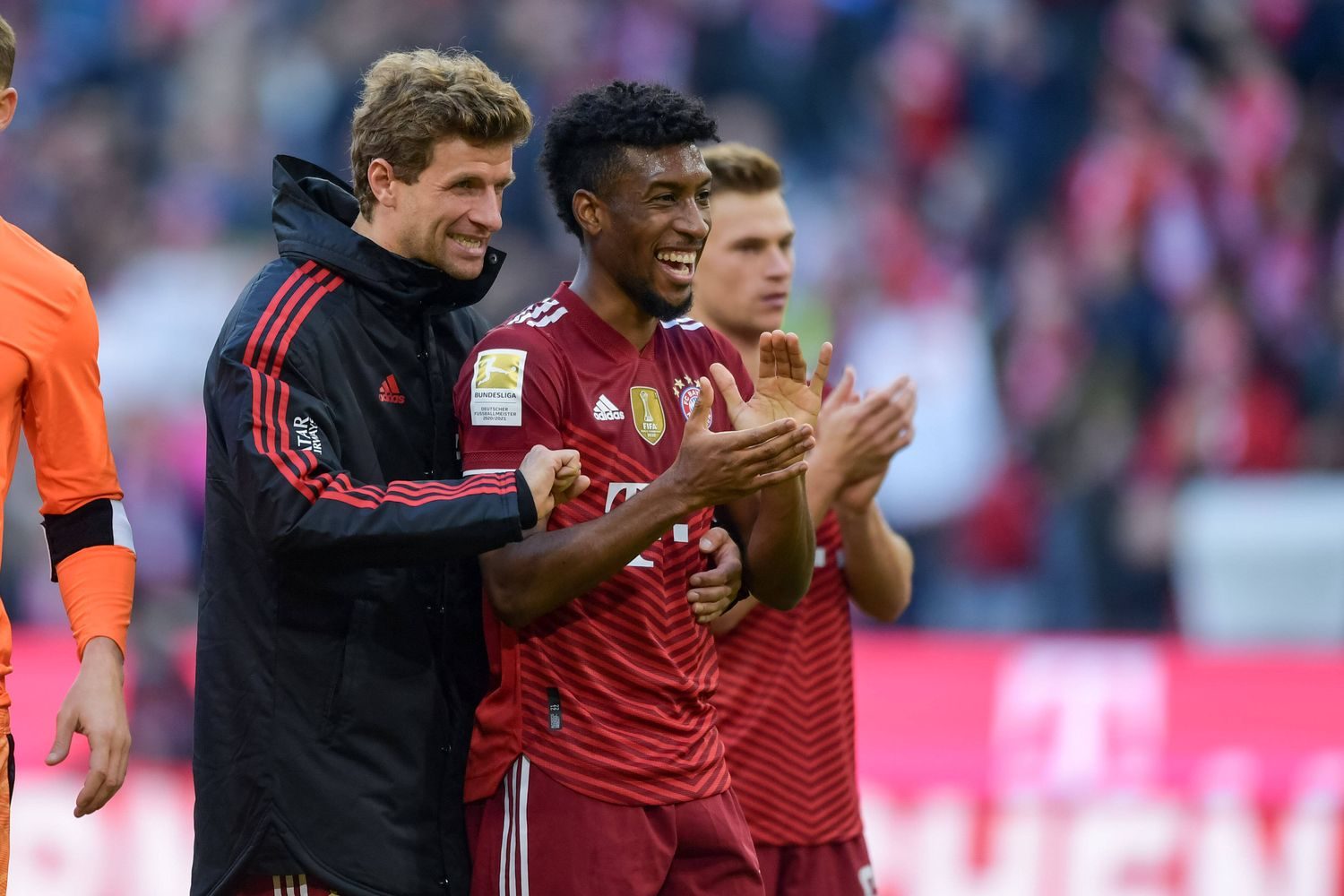 In all possibility, Bayern Munich will have to do without Thomas Müller and Dayot Upamecano in the upcoming Bundesliga game against Mainz 05.

Müller and Upamecano haven’t trained with the team all week and were also absent from team training on Säbener Straße on Thursday. German magazine „kicker“ reports , that both of them will not be available for the game against Mainz on Saturday. Müller is still suffering from a cold. While there is no information yet on Dayot Upamecano.

Coman is ready for action

According to „kicker“, Jamal Musiala will replace Müller in attacking midfield. Tanguy Nianzou is also set to be included in the starting eleven instead of Upamecano. The two absences are not a major setback for Bayern, as coach Julian Nagelsmann had already announced after winning the league that he would like to give the youngsters and reserve players more playing time in the remaining three league games.

Things are looking a lot better for Kingsley Coman, who was recently only able to train individually. The Frenchman was suffering from an ankle problem, but was able to train with the team again today and will therefore most likely travel to Mainz.