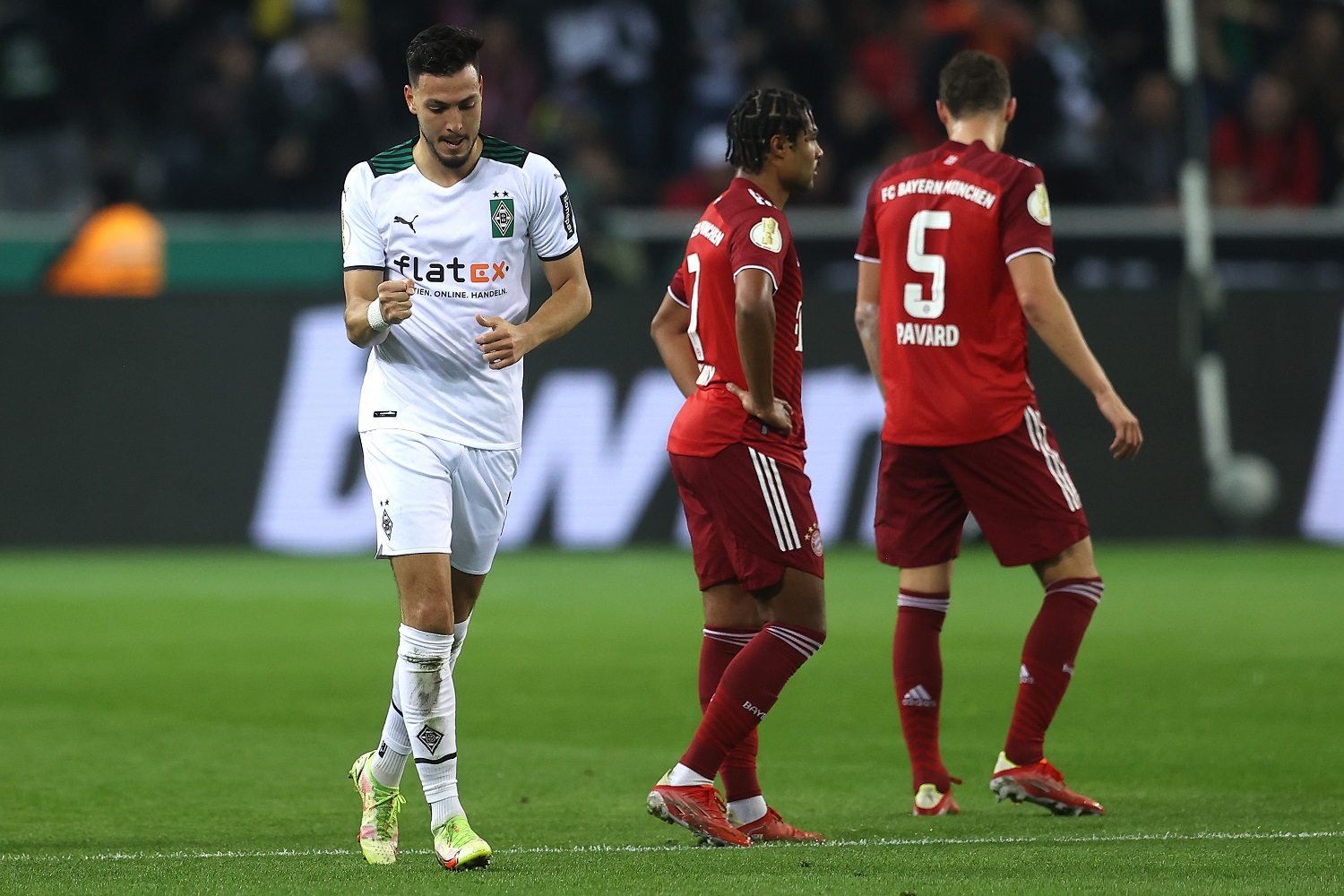 We saw an utterly disappointing UEFA Champions League quarter-final matchup against Villareal, headed by former PSG and Arsenal coach Unai Emery, last night. A toothless and shameful display from the team in red, but where does it rank amongst the worst FC Bayern performances in recent history?

Julian Nagelsmann’s first quarterfinal venture into the UEFA Champions League with FC Bayern should never have happened after such a shocking performance. It would almost have been better to forfeit the match than play at such a level. Setting the Yellow Submarine for their first UCL semifinal appearance since 2006, a rigid, defensive-minded 4-4-2 against an almost full-strength 4-2-3-1 in Bayern colours would’ve only gone one way under Hansi Flick or Jupp Heynckes. Julian Nagelsmann, yet to truly find a system which runs the engine room effortlessly, struggled to play between the lines and through the central areas. Robert Lewandowski’s heatmap playing deeper than Joshua Kimmich shows us all we need to know. Both teams agreed a 1-0 was rather flattering for Bayern, with Villareal lucky not to rue their profligacy and missed chances by snatching a 1-1 draw in the dying moments of the second leg to pull through to their first semifinal in 16 years

The first entry in this list from the same Niko Kovač who led Eintracht Frankfurt to their first DFB-Pokal victory in 30 years, had Bayern at the wrong end of a one-sided scoreline at the Allianz Arena. With over 72% possession throughout the match, Bayern failed to exert any real pressure and looked uncomfortable all over the pitch. With the ball, the team looked scared, without it, they were just plain lost. Two early goals from individual errors set up the tone of the rest to come, with a smart corner routine putting the final nail in the coffin with two minutes to spare. Kovač was notably frustrated with the team’s intent to attack more during the match, and was caught screaming at his players to stick to the game plan agreed upon prior. Even with his reasons, the players didn’t listen, with Manuel Neuer, Niklas Süle, Mats Hummels, and Joshua Kimmich all playing up front at various stages to try get back in the game. The aftermath of this game was brutal, and FC Bayern dropped even further out of the title race

Pep Guardiola, known for over-tinkering, showed us exactly that in an embarrassing display of counter-attacking football from Carlo Ancelotti’s La Decima winning Real Madrid squad. Only losing the first leg 1-0 to an early Karim Benzema strike, and failing to capitalise on chances at the Bernabeu, Die Roten were heading into this second-leg tie with a one goal difference and no away goal advantage. Although most Bayern fans would have expected a patient, attacking approach to negate the deficit early and pressure the opposition, as most managers would have done, a baffling decision to start an all-out-attack assault on the Madrid goal was rewarded with the concession of three goals against the run of play. Two corners were put away by the head of Sergio Ramos, with a classic Real breakaway gifting Cristiano Ronaldo his first of the night. All of this in a barely 15 minute period silenced the stunned Allianz Arena, with an under-the-wall free-kick by CR7 adding gloss to an already eye-opening scoreline. The entire match had a suicidal high line, and although changes were needed, they did not come. The story of the match was predictable from start to finish, and is still seen as one of the most resounding Champions League victories ever

Known to be a ‚bogey team‘ with a string of losses and dropped points, it was another disasterclass with an embarrassing result. A full-strength lineup under the tutelage of Dino Toppmöller couldn’t stop a 3-0 scoreline in just 20 minutes, being the heaviest defeat in 43 years and sending Bayern out of the cup, after a full decade of reaching the semifinals until the season prior. The concession of five goals with arguably the squad’s best players on the pitch sent shockwaves through continental Europe, with an ineffective press and insufficient cover being carved open at ease by the foals. If Bayern had the ball, it was lost almost immediately, and Dayot Upamecano was no match for the 3-4-3 formation utilised by Adi Hütter, being at fault for a hat-trick of goals conceded. As football thinkers know, a high press can only be executed if there is sufficient cover at the back. Mönchengladbach played long ball after long ball to one flank, and Manuel Neuer had one of his busiest days in his goalkeeping career as he failed to keep five goals out for just the third time ever (2012: 5-2 vs BVB, 2020: 6-0 vs ESP)

FC Bayern 3-3 Fortuna Düsseldorf (2018/19 BL): Bayern didn’t want to win this match as they threw away their lead to give Dodi Lukebakio the honour of being the first player ever to score a hat-trick past Manuel Neuer

Juventus 2-2 FC Bayern (2015/16 UCL): A pattern of throwing away two-goal advantages, the Bavarians went 2-0 up away before conceding two to bring the tie back to Munich level. Cue comeback scenes

SGE 5-1 FC Bayern (2019/20 BL): An early Jérôme Boateng red card left a gaping hole in the defence, although we can’t complain too much as this match was the catalyst in Hansi Flick’s appointment

Barcelona 3-0 FC Bayern (2014/15 UCL): Bayern held out for 80 minutes without conceding against the famed MSN trio, before a 10-minute collapse saw them ship an unassailable 3-goal disadvantage going into the second leg

Paris SG 3-0 FC Bayern (2017/18 UCL): Questionable team selections and tactics were the two topics surrounding Carlo Ancelotti’s final match at Bayern, with a less-than-convincing performance to partner with his dismissal

Holstein Kiel 2-2 (5-4 pen) FC Bayern (2020/21 DFB): A rare Hansi Flick misadventure saw Marc Roca have his penalty saved after conceding a 90+5′ equaliser as Kiel caused a cupset and sent Bayern home against lower league opposition for the first time since 2003/04

An impressive 0-0 draw in the first-leg, with Liverpool failing to score at Anfield for the first time in a year, hopes were high with a mega-showdown at the Allianz Arena for the return match. Niko Kovač set it up to be anything but, with an awkward tactical setup looking to repeat their achievement of failing to register a shot in the first half of a UCL match from the first-leg meeting. Without any incentive to attack, Bayern kept the ball patiently but did not seek any opportunity to score until an all-important away goal was conceded. Even after the one-goal deficit and the pressure of being eliminated from the competition, it was the opposite of a convincing attacking performance expected from Bayern, instead looking to prioritise defence instead. This was duly rewarded with two Liverpool goals and one of the worst responses from the Bayern board (and fans) since the 3-0 loss at the Parc des Princes in 2017. The most un-Bayern-like performance seen in the past decade

Did we miss out on a match? Let us know in the comments below