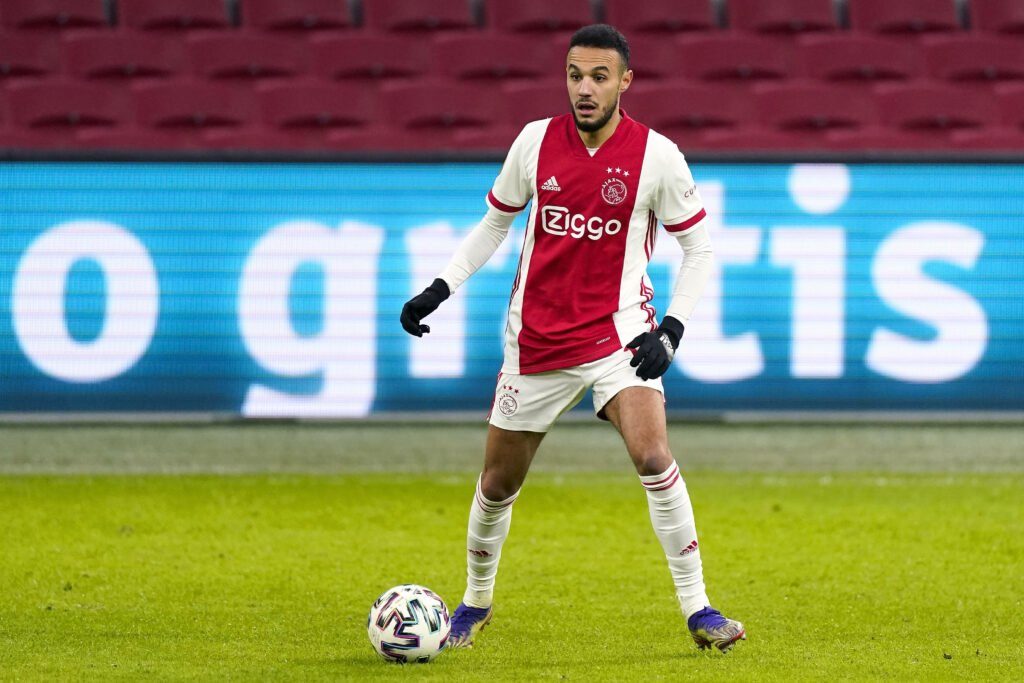 Bayern Munich have recently been closely linked with Noussair Mazraoui over a transfer in the summer. The Moroccan is also on the wish list of FC Barcelona. In the past few days, reports have been circulating that the Catalans are said to have the better cards in transfer deal for the 24-year-old right-back. But things might take a U-turn soon.

In Spain, reports recently made the rounds that Mazraoui would be about to move to FC Barcelona. The Catalans had made an offer of around €8m for the right-back, who can leave Ajax for free in the summer. According to „SPORT1“ information, Bayern are making a final attempt to sign the Moroccan.

As the TV broadcaster reports, there was a meeting between sports director Hasan Salihamidzic, Marco Neppe, and the players‘ entourage last Thursday. Apparently, the Bayern officials have offered the defender a salary of over 10 million euros gross – more than FC Barcelona.

According to transfer insider Fabrizio Romano, there was already a conversation between Julian Nagelsmann and Mazraoui. Bayern have also made it clear that they won’t be raising the offer more and it is a final one.

It is interesting, that Mazaroui’s transfer to Barcelona might have seemed ‚done‘, but the player himself had apparently also asked about a possibility of transferring to Germany and especially the city of Munich.

Things could get interesting in the next few days or weeks.