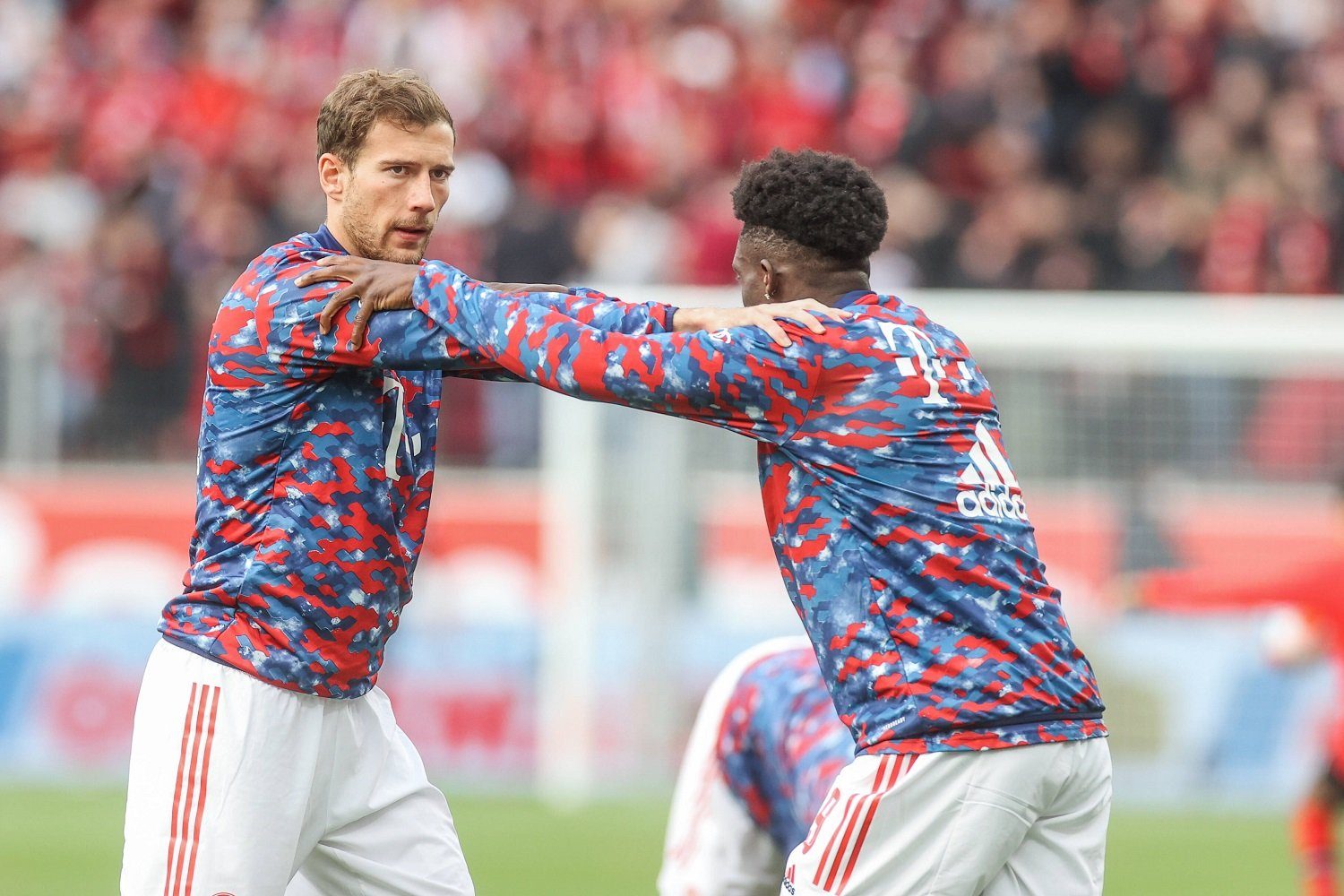 Some great news have come from yesterday’s match against RB Salzburg. Julian Nagelsmann has given us some positive updates on Leon Goretzka and Alphonso Davies.

Bayern Munich cruised past RB Salzburg by smashing the Austrians 7-1 at the Allianz Arena. There were doubts over the past few weeks whether Bayern would reach the quarterfinals of the Champions League due to the ‚mini-crisis‘, but the Bavarians showed no mercy yesterday. Fortunately, there are some positive news coming up from yesterday’s match.

Julian Nagelsmann confirmed for the media that he is „confident that Leon Goretzka and Alphonso Davies will be ready for the quarterfinals“. These are very good news for the club and the fans, who have been waiting for a long time to see them both play on the pitch. Their absence has impacted Bayern’s performances as well.

„Leon is in good shape, I suppose that he will be ready to play for the quarters“, said Nagelsmann in a post-match conference.

„As for Davies, he is also doing well, but I cannot give an exact date for his comeback, though, I have hopes that he will be ready for the quarters“.

Nagelsmann also gave update on Kingsley Coman and Serge Gnabry, who were subbed off earlier in the game. The coach confirmed that „both had slight muscular problems“, so they did not want to take risks. Both players will be ready for the weekend.