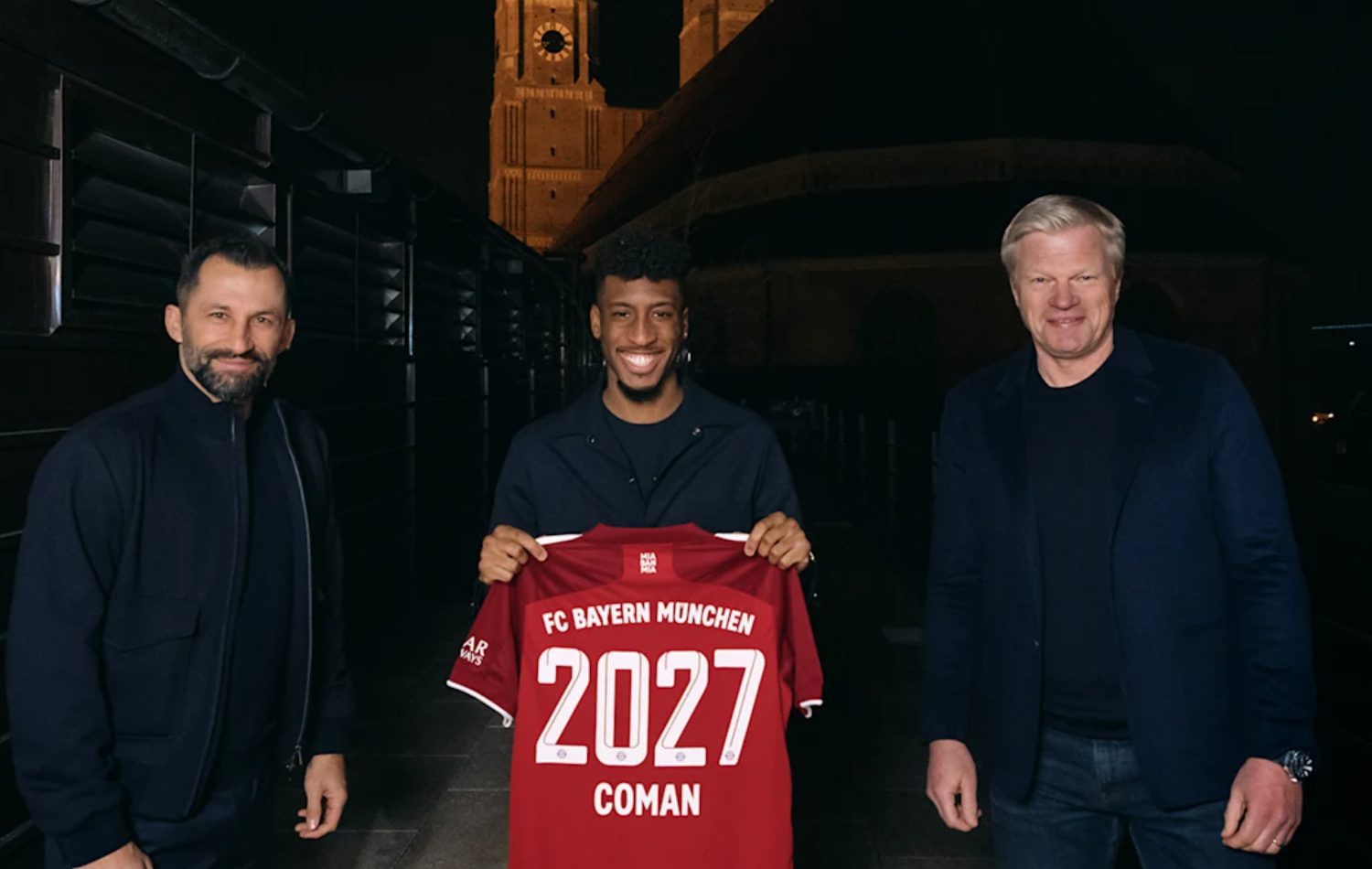 In the summer of 2015, Kingsley Coman moved from Juventus to Bayern Munich on loan as a promising young talent. The Frenchman has not only developed into a regular player and top performer in Munich but is also taking on more and more responsibility off the pitch.

David Alaba’s departure has freed up a spot on Bayern Munich’s team council last summer. According to ‚SPORT BILD‘, head coach Julian Nagelsmann acknowledged the positive development of the 25-year-old and has promoted him to the team council.

With this promotion, Coman is now able to lead and advise the team in a similar role as Robert Lewandowski, Thomas Müller, Manuel Neuer, and Joshua Kimmich. The coach has rewarded the winger for his great performances this season, thus giving him more responsibility.

Among other things, the team council is a very important contact point for the coach, if he wants to address problems or discuss things that happen on or off the pitch. Recently, the team council raised their voices on the poor performances, which helped Nagelsmann react fast.

Coman, considering that he’s the longest-serving Frenchman in the team and speaks perfect German, also has the special role of helping the rest of the French players through this promotion into the team’s council.