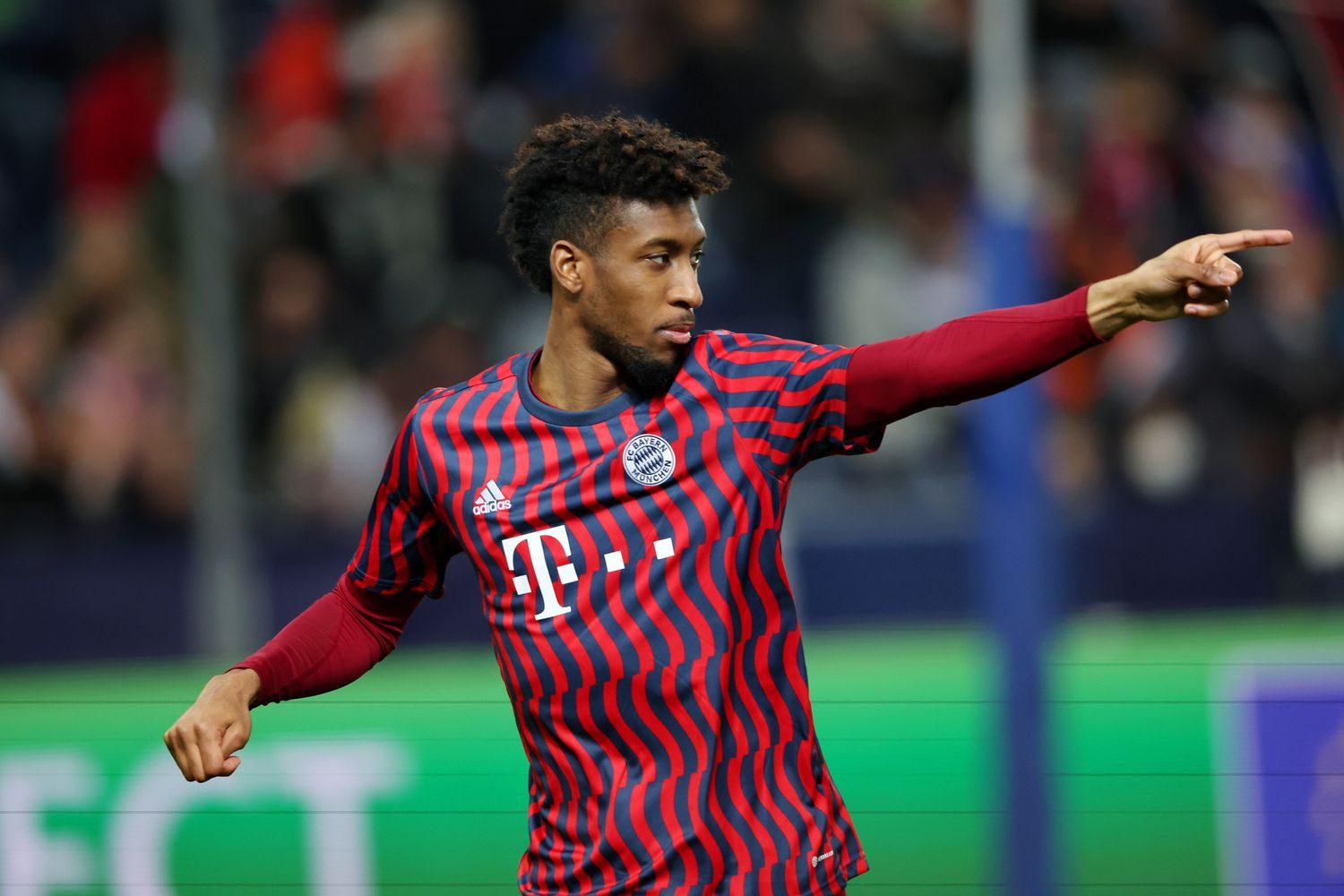 Bayern Munich started the 2021-22 season by winning the German Super Cup in a 1-3 victory away against Borussia Dortmund. Before the new season started, there were drastic changes in the squad, not only on the bench but also in the office.

Julian Nagelsmann took over from Hansi Flick in July 2021, the team has seen great tactical improvement in the offense area, although there are many things to improve as far as the defense and the midfield are concerned. There have also been drastic improvements in certain individual players, which we are going to list below, in no particular order.

Kingsley Coman joined Bayern Munich on loan in the 2015-16 season from Juventus and became permanently a Bayern player starting from 2017. The winger has faced ups and downs in his career, being plagued by injuries every season and unable to stay fit. Despite the injuries, Coman has always been able to produce great numbers and has shown his quality always when it mattered.

Coman is a fast and skillful dribbler and over time, he always seemed to struggle with muscular injuries which stagnated his development. A few years ago, Coman claimed that he wouldn’t take anymore another long-term injury that could endanger his career. Little did he know, that he would score the most important goal in his career and in the club’s history, the winning goal against Paris-Saint Germain in the Champions League final in 2020.

In 2021, the club announced that Coman had to undergo heart surgery, thankfully, it didn’t back him down. The Frenchman is now stronger than ever, showcasing his huge self-confidence in each and every game, his qualities, and impressing the fans, the club, and the coach Julian Nagelsmann. For this, the club rewarded him with the longest contract they’ve ever offered to a player. In January 2022, the club announced that Coman would be receiving a five years contract extension.

This season, Coman played several positions on both flanks, as a wing-back and as a winger. Coman has been able to showcase his qualities best on the left flank as a winger.

The German international joined Bayern Munich from Manchester City in the 2020-21 season after a long and anxious 12 months chase. Sane had been one of the club’s dream signings for years, and it was the signing that the fans looked forward to for most. However, for Sane, the journey at Bayern Munich hasn’t been easy.

In August 2019, Leroy Sane damaged his cruciate knee ligament. The injury ruined Bayern’s plans on getting the winger’s services early on, everything seemed apparently done, but the happiness and joy were cut short in the Community Shield final, which made Bayern go for Ivan Perisic and Philippe Coutinho instead. In hindsight, though, it might’ve been a blessing in disguise.

Bayern was able to buy him a few months later for half of the price, and Perisic with Coutinho became an important part of the Treble winning season. For Sane, the new season at Bayern had its struggles and downs. He was suffering the effects of the long-term injury and the coach at that time, Hansi Flick, struggled to find Sane’s right position. Sane was offered a Robben-like role, where he could run from the flanks and cut inside. In that season, he scored 10 goals and provided 12 assists, but the stats can often deceive eyes.

In the first few months of Nagelsmann’s tenure, Sane was found in front of massive criticism by the media and by the fans. Sane was booed by the fans, which certainly did not impress the club and the team at all. But Sane quickly came back and responded to the criticism.

Sane has now become one of the most important players on the team, having played in his best position where he previously showcased his best qualities in the past at Man City under Pep Guardiola. Sane plays mostly on the left flank, but he has also been used a lot as an inverted winger or as a number ten, where he allows Alphonso Davies to explode on the left flank.

Having joined from Vancouver Whitecaps in the 2018-19 season, nobody would have expected Alphonso Davies to become an undisputed star and starter at the Bayern team. Davies was planned as a winger at Bayern when Niko Kovac was in charge, but things quickly changed in the coming months.

After Lucas Hernandez’s injury against Olympiakos in the Champions League group stage, Davies was deployed as a left-back, though not a very unfamiliar position, as in Canada he usually plays a similar role. Since then, Davies has turned into arguably the best left-backs in the world and one of the most exciting young players in the world.

His second season as a left-back wasn’t very impressive, as the Canadian had to cut the season short due to an ankle injury that sidelined him for two months. Although he was able to return quickly, the injury had affected his performances a little, and sometimes he showed signs of exhaustion on the pitch.

Now, Davies has become probably an even better player than he was before, and we will see him become even better in the future. In Nagelsmann’s backline of 3 men defense formation, Davies has become the key player of the system where the team has security with his pace at the back, and in the offense, Sane’s movements as an inverted winger or number 10 upfront help Davies run more freely on the left. This system suits Davies more as he is naturally a left-wingback.

It is no wonder why Bayern’s performances started to drop massively once Davies was sidelined due to myocarditis, and now, the club and the fans hope for a quick recovery of the Canadian.

If someone told you a year ago that Pavard would become the shield of Bayern’s defense in the future, you would have laughed. But make no mistake. Pavard has truly redeemed himself this season.

It was unfortunate for Pavard to be injured during the 2019-20 Champions League season, an injury that affected his performances in the coming months. Though in his first season at Bayern, Pavard showed solid performances as a right-back, the Frenchman had a decline which was noted within the club. Pavard had continuously claimed that his best position is center-back, but he can also perform at the right side of the defense.

In the first few months under Julian Nagelsmann, Pavard was mostly played as a right-back. During this period, Pavard was seen critically in the media and by the fans, questioning his commitment and the performances.

However, things started to change in December and onwards. Pavard has become a solid performer as a right-centerback in Nagelsmann’s back three formation. You can clearly see the commitment and the redemption there. In tackles, in blocks, in duels, and in mentality.

Perhaps, us fans need to fill out an apology letter to both Leroy Sane and Benjamin Pavard for writing them off early.

We hope that these four keep up with their great performances and continue to make Bayern as successful as possible.