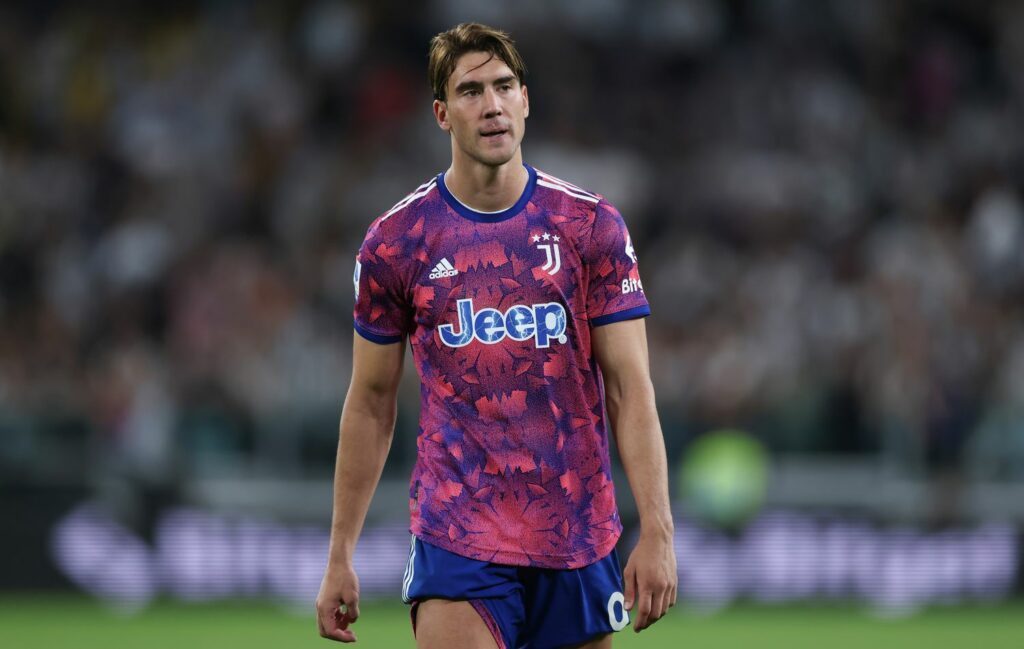 In the last weeks there were so many discussions about possible new striker in Munich.

Harry Kane was the hottest topic, but some reports revealed that players like Lautaro Martinez, Marcus Thuram and Dušan Vlahović are possible candidates too to take the number 9 shirt.

Even though Italian medias reported that Serbian striker is not happy with the perspective of Juventus, Florian Pettenberg of „Sport1“ revealed that his move to Bayern is unlikely due to the very expensive package that would have been required.

Former Fiorentina striker signed for Juve in January of this year for over 80 milion euros and unlike Matthijs De Ligt deal, Bianconeri would requested a bigger amount for their star, since he still has 5 years on his contract and have no rush to sell him for a smaller price.

This means that Bayern will rather go after some cheap alternatives like Thuram, but there is still so much time left until the summer, and it remains to see what the board have in plan for this position.