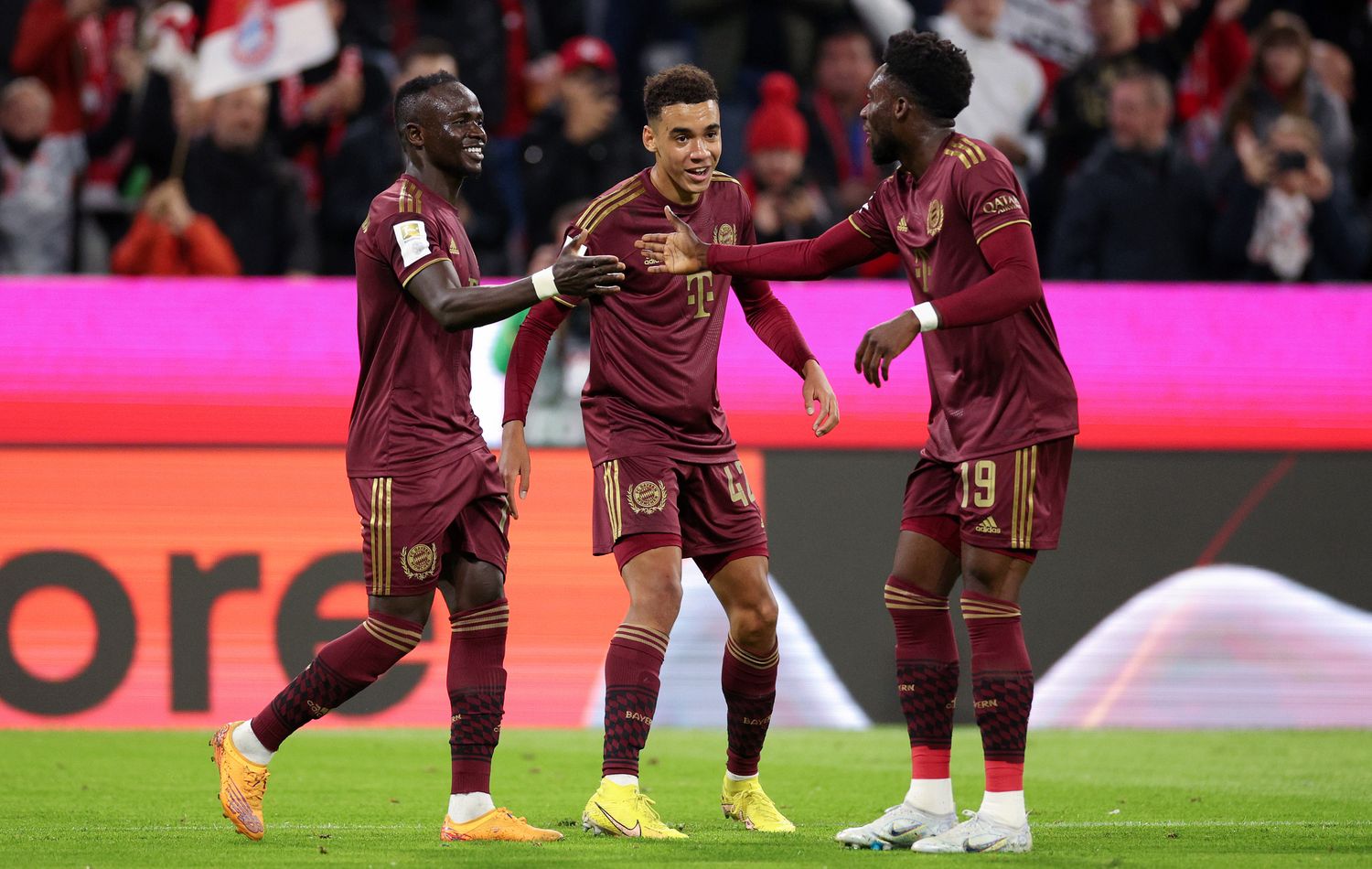 Jamal Musiala at 19 years old is gaining songs of praise for his performances, the most recent starring with a goal and two assists in the 4-0 Bundesliga victory over Bayer 04 Leverkusen

Last night, when Jamal Musiala was substituted off, the number 42 was brought up in red on the board. He disappeared onto the bench before the stadium truly broke into applause, serenading another meticulous performance from the young talent. Speaking after the match, he just said ‚I want to develop further‘, and not much more. ‚A good match doesn’t mean it’s all over. We need to keep going‘, he continued

Others were more vocal about his performance. Captain Manuel Neuer said ‚He’s a key player‘, while CEO Oliver Kahn explained ‚He always manages to reach his top performance level‘

Thomas Müller was more detailed: ‚It’s clear that it’s extraordinary to have these skills and this overall package at his age. For me it’s nothing special that he plays like how he played tonight‘, a tribute to his spectacular contribution. Fans visit the Allianz Arena to watch players like Jamal Musiala; every dribble makes fans‘ eyes widen, every through ball makes them stand up in their seats. Almost every action the 19yo German prodigy attempted on the evening was successful – shots on target, passes completed. His 5 goals so far this Bundesliga season is already his personal best, equalling his 5 from the entirity of last season

Musiala shared the praise: ‚Müller’s IQ is really high. He understands things I dont even see sometimes, I try to keep up with him‘, while Müller when informed of this, joked back ‚Of course I ahve time to look at the situation while he’s out and about in the turmoil around three, so I have a competitive advantage – or disadvantage – there‘, while he continued seriously ‚We already have a good connection. As far as playing and moving, also looking for the combinations‘

And when Thomas Müller gets in a tight spot, he said ‚It’s easy, in those certain situations you like to give Jamal the ball, because you now say: ‚ok, now I’ll play him because I know what he can do on the ball‘, he just plays what he can‘, and that’s quite good already