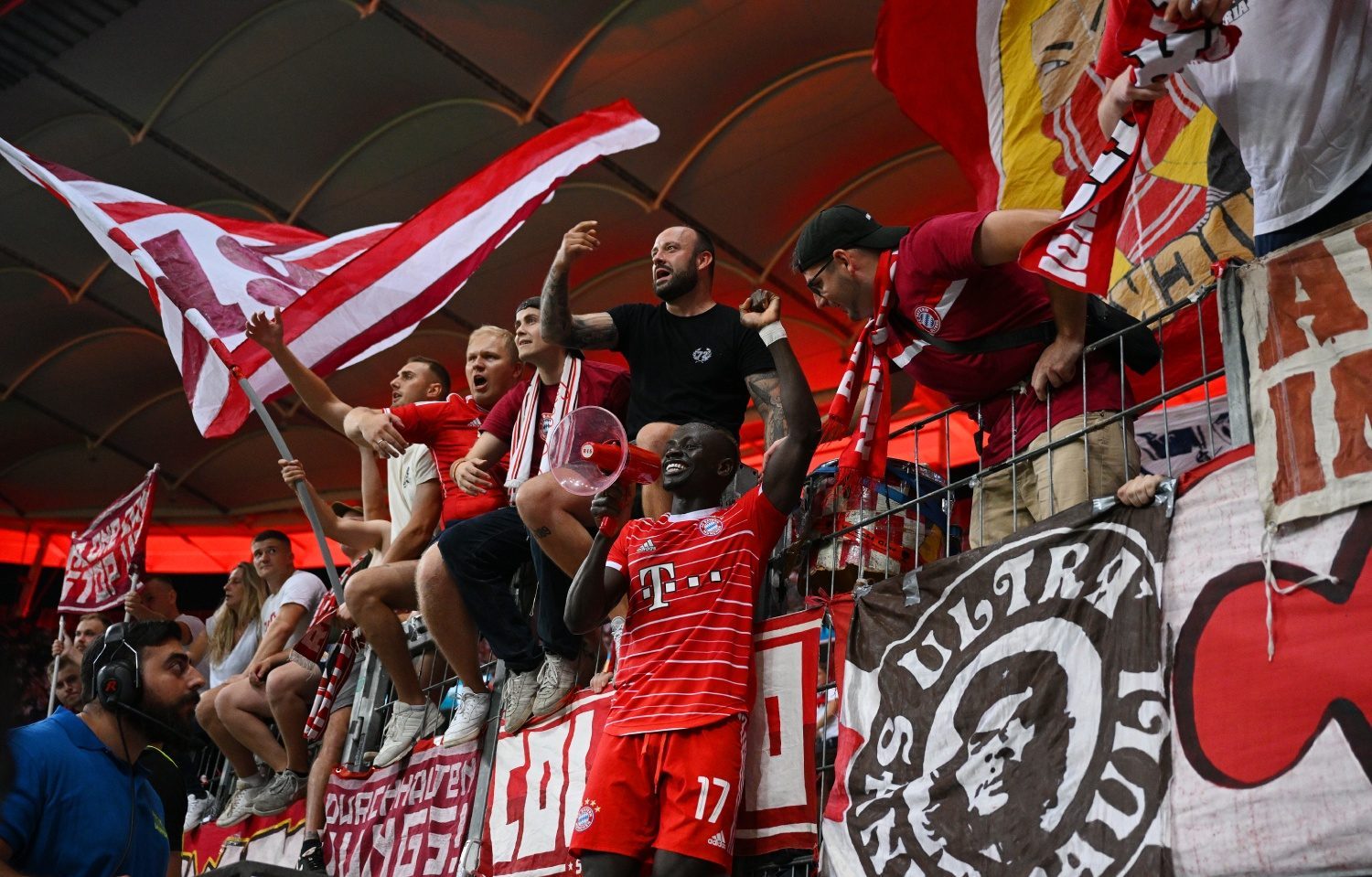 Although it’s only been three games, it’s safe to say that Sadio Mane has become one of Bayern Munich fans‘ favorites. The Bayern finance manager Jan-Christian Dreesen has now revealed the best-selling jerseys for the new season.

Three games, three wins, and 13 goals scored. To this solid start of the season, the newcomers have also contributed. The former Liverpool star has become one of the favorite players of Bayern supporters despite being too early.

The integration of the Senegalese in Munich seems to have been excellent, especially when he went to the Bayern ultras in the away section after the 1-6 win against Eintracht Frankfurt, Mane chanted with the ultras with a megaphone in his hands.

But Mane is not only popular on the pitch, but he is also popular off the pitch. According to the finance manager Jan-Christian Dreesen, Mane’s jersey has been the most demanded jersey by Bayern fans and the demand is so high that it’s turned into a competition among fans too!

„That makes us very happy. It is confirmation that we have brought a global star at Bayern who will immediately meet all expectations and is also an absolute fan favorite“, – said Dreesen in a statement for ‚Tageszeitung‘.

But Mane’s jersey is not the only one in demand. Jamal Musiala’s jerseys have also been recently demanded by Bayern fans following the fiery start of the season from the German midfielder.

„Musiala impressed with his strong performances so far and he is very popular among younger fans“, Dreesen said.

Overall, the Bayern jerseys in general have hit a record when it comes to demand. According to Dreesen, there is already a stock issue in jerseys due to the high demand: “The demand for our three jerseys is significantly higher this season than in previous years. That’s why individual sizes are unfortunately always out of stock“, says Dreesen.

„However, the club always works to produce new shirts as quickly as possible so all the fans can get the shirts they want“