HomeBundesligaPost-match statements – Kimmich: „It was really fun to be on the pitch“
Bundesliga 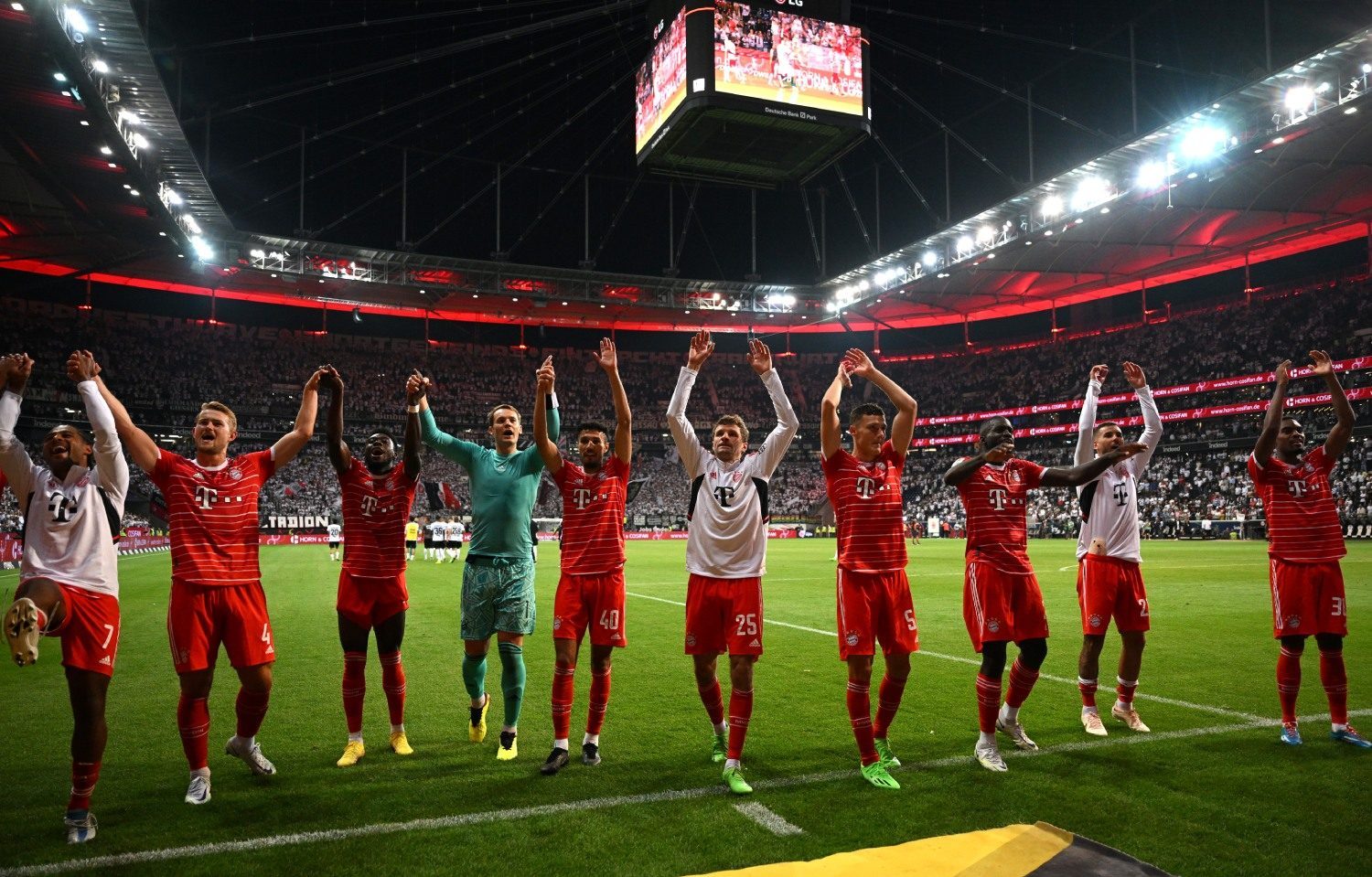 Bayern Munich started the Bundesliga season with a formidable away victory against Eintracht Frankfurt.

After a strong Supercup win against RB Leipzig last week, it was time to open the Bundesliga with another victory to mark a convincing start of the season. Serge Gnabry, Joshua Kimmich, a brace of Jamal Musiala, Sadio Mane, and Benjamin Pavard ensured the 1-6 away from home in Frankfurt.

FC Bayern sent a strong signal to its opponents right from the start and it’s only up to Bayern to lose.

Here are the most important statements from yesterday’s game.

Julian Nagelsmann: „You anticipate a lot of things. In the first half, our energy was outstanding. In the second half, it’s normal for us to have stepped off the gas a bit. It’s also a bit of a smart move when you look at the fixture list for the next few months. Football-wise, the first half was very, very good to watch. We’re very flexible upfront. Mané gives us more flexibility. It’s impossible to defend at times. There’s very good energy in the camp and you can see that in our performance.“

… on Kimmich’s goal: „The big praise goes to Toni Tapalovic – he noticed with Dino Toppmöller that Kevin Trapp is always a bit further up his line in set pieces. Josh was far away but took the free kick brilliantly“

… on the system: „We played with a back 4 in both halves today, not a back 3. Of course, when you win by 5 goals, it’s easier – you’re the best coach in the world and everyone tells you to keep doing the same thing. I think we defended well today during the whole game. That’s very valuable. We scored 11 goals in two competitive games. We had to change things after Lewy’s departure – play fewer crosses. It’s not easy to defend when 4 or 5 players are running at you“

Thomas Müller: „It’s perfect when you win the opening game here 6-1, up against this kind of crowd. It was a perfect start.“

Joshua Kimmich: „It was really fun on the pitch today. Of course, we can criticize the fact we didn’t keep a clean sheet, again. It wasn’t bad going forward. It was really fun to be on the pitch today. We knew that there would always be spaces behind Kostić and Knauff, and we utilized them very well. The four up front, that’s fun. The team is in a good place. We can make something of this. We mustn’t let up, but we can go into the next few games feeling good.“

Jamal Musiala: „We wanted to play with the same energy as we had against Leipzig. There was a phase in the second half when we had to chase a lot, but generally, we played well. We always try to create a lot of chances. We are all technically strong and at the moment it’s clicking.“