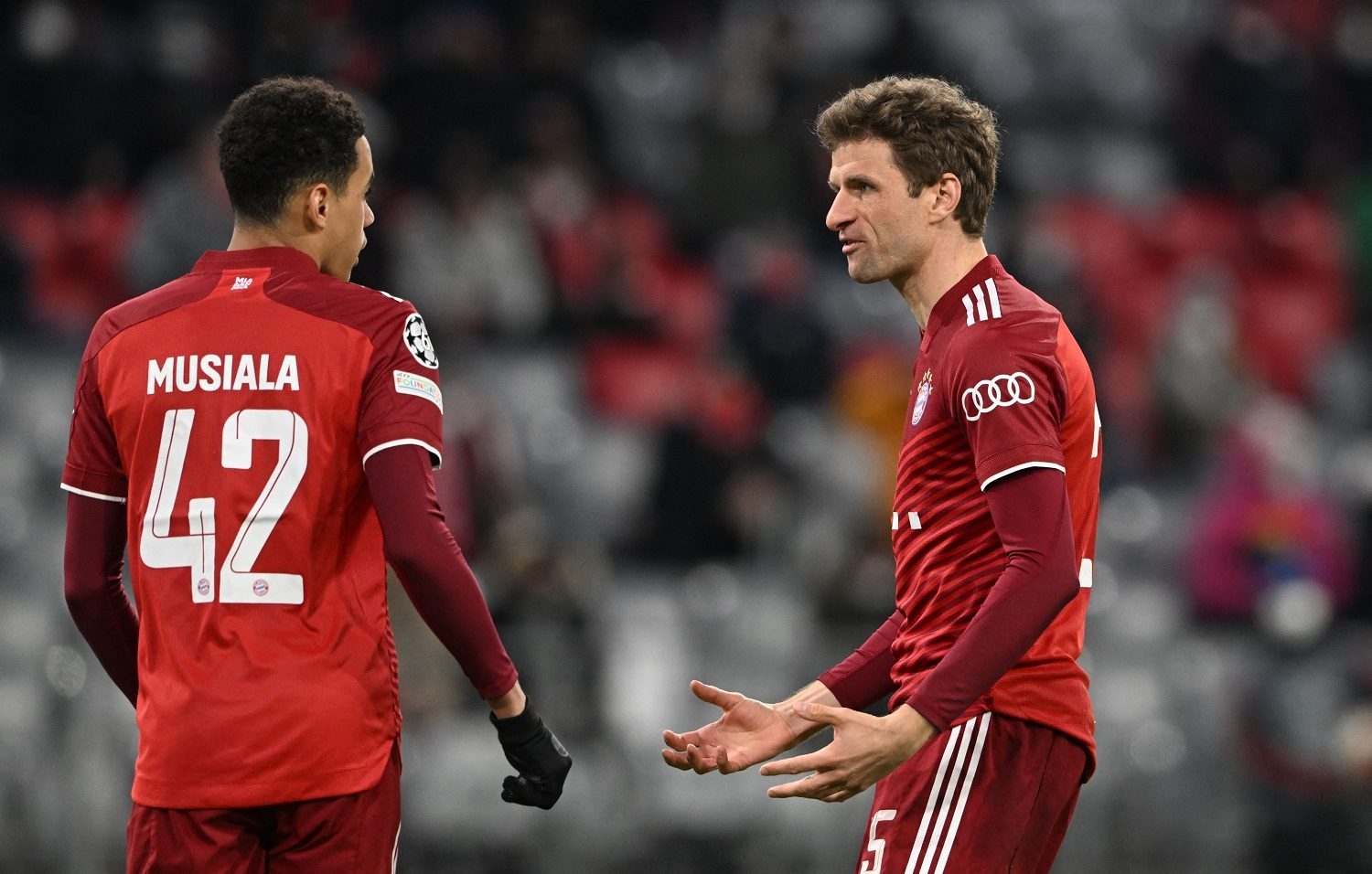 Considering the fact that Jamal Musiala is able to play all attacking positions behind the striker, says a lot about his versatility, not just his football skills.

Jamal Musiala has played 40 games for Bayern Munich in the 2021/22 season and was used in almost every position in midfield. Sometimes the youngster acted as a substitute for Müller, sometimes he played more defensively alongside Joshua Kimmich, and every now and then the 19-year-old had to help out on the wings.

In the past few months, reports have been circulating that Julian Nagelsmann and national coach Hansi Flick see Musiala in central midfield in the long term, as a kind of link between the offensive and defensive. Both coaches apparently see in Musiala ‚the next Thiago‘.

Nevertheless, he’s happy that Nagelsmann uses him flexibly: „The fact that I last played as a 6 and number 8 was good for my development. It is important to get match practice.”

In the number 10, there is already competition with Thomas Müller, who just extended his contract recently. Musiala has aspirations to become a regular starter in the future: „I always want to play more and when I have the feeling that I’m showing good performances. I just like to play and keep it up but I don’t stress. I want to perform and when I get my minutes I want to be there.”