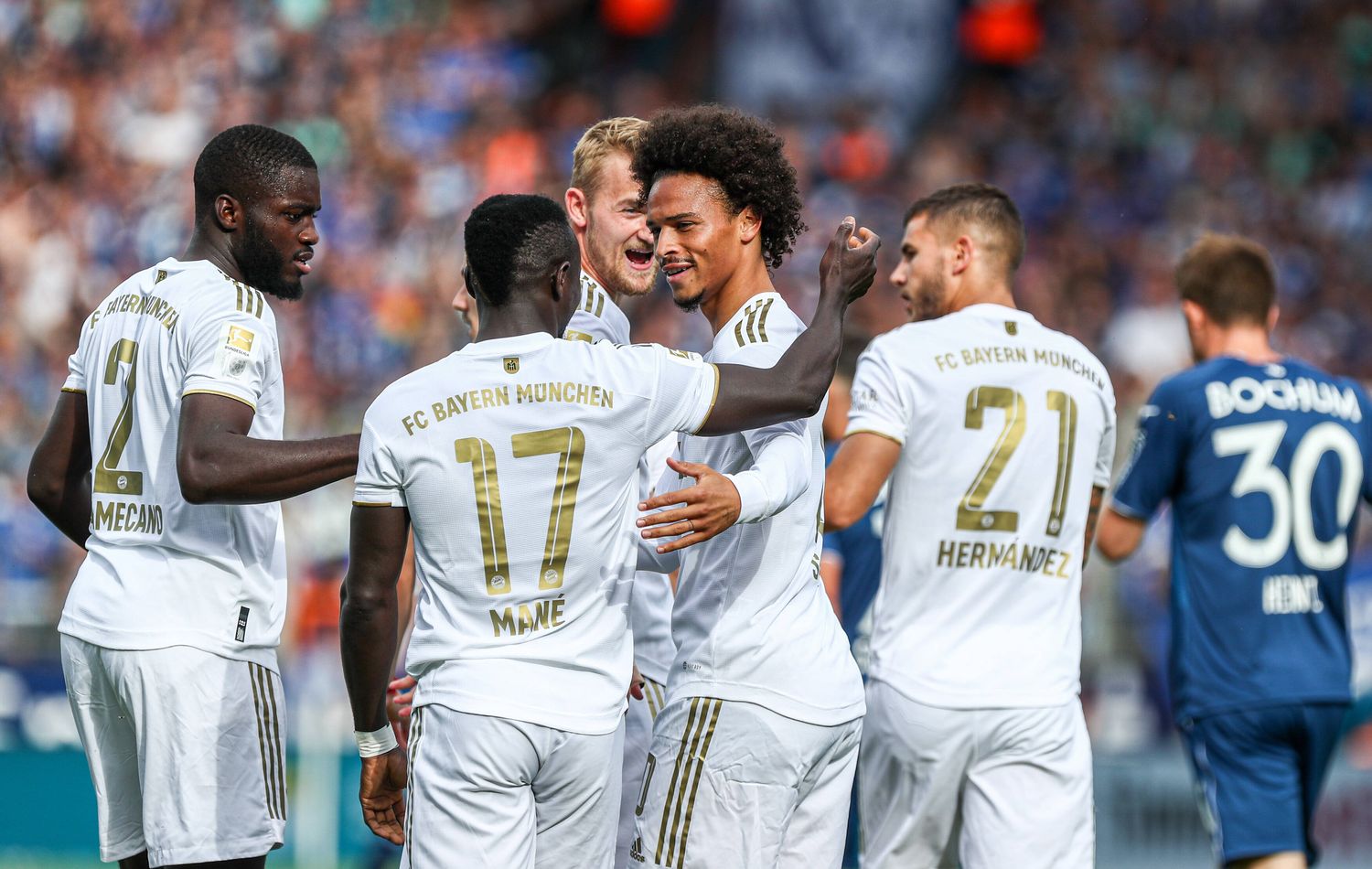 The Bavarians continue their winning streak this season by displaying another monster class performance in the Bundesliga Matchday 3.

Bayern Munich celebrated a high-scoring victory by winning 0-7 away against VfL Bochum thus collecting another three points in the process. So far, Bayern have scored 15 goals and conceded only 1 in the league.

With, Alphonso Davies‘ being out due to a minor injury, Jamal Musiala’s absence, and Serge Gnabry’s wrist pain, Julian Nagelsmann made changes in the line up by putting Lucas Hernandez on the left, Leroy Sane and Kingsley Coman partnering Thomas Muller and Sadio Mane, and fielding Matthijs de Ligt for the first time as a starter.

The first goal was created thanks to a brilliant team goal and initiated by Leroy Sane, who finished the attack himself with a wonderful shot from a difficult angle with his right foot. Moments later, de Ligt scored the first goal in Bayern shirt through a header.

Later on, Kingsley Coman and Sadio Mane scored the third and fourth goals respectively. The Senegalese had another goal disallowed before his 4th goal after the ball deflected slightly on his hand when pushing the ball with his foot on the left side of the post. A minute later, Mane scored his 4th goal, it’s safe to say he did not want to have another goal disallowed!

The second half started a bit more calm, but the club did not stop scoring goals, as VfL Bochum pretty much gave up after Sadio Mane converted the penalty in the 60th minute and completed his first brace.

Nightmares for Bochum did not end, as 9 minutes later, Bochum player Christian Gamboa scored an own goal and Bayern’s 6th goal of the match.

Moments before the match ended, Serge Gnabry finally scored Bayern’s 7th goal of the match as a sub after a great assist from youngster Gabriel Vidovic, marking an incredible away victory and putting the club once again on top of the table.

Bayern’s next match will take place at the Allianz Arena and will face Borussia Moenchengladbach on 27th August.