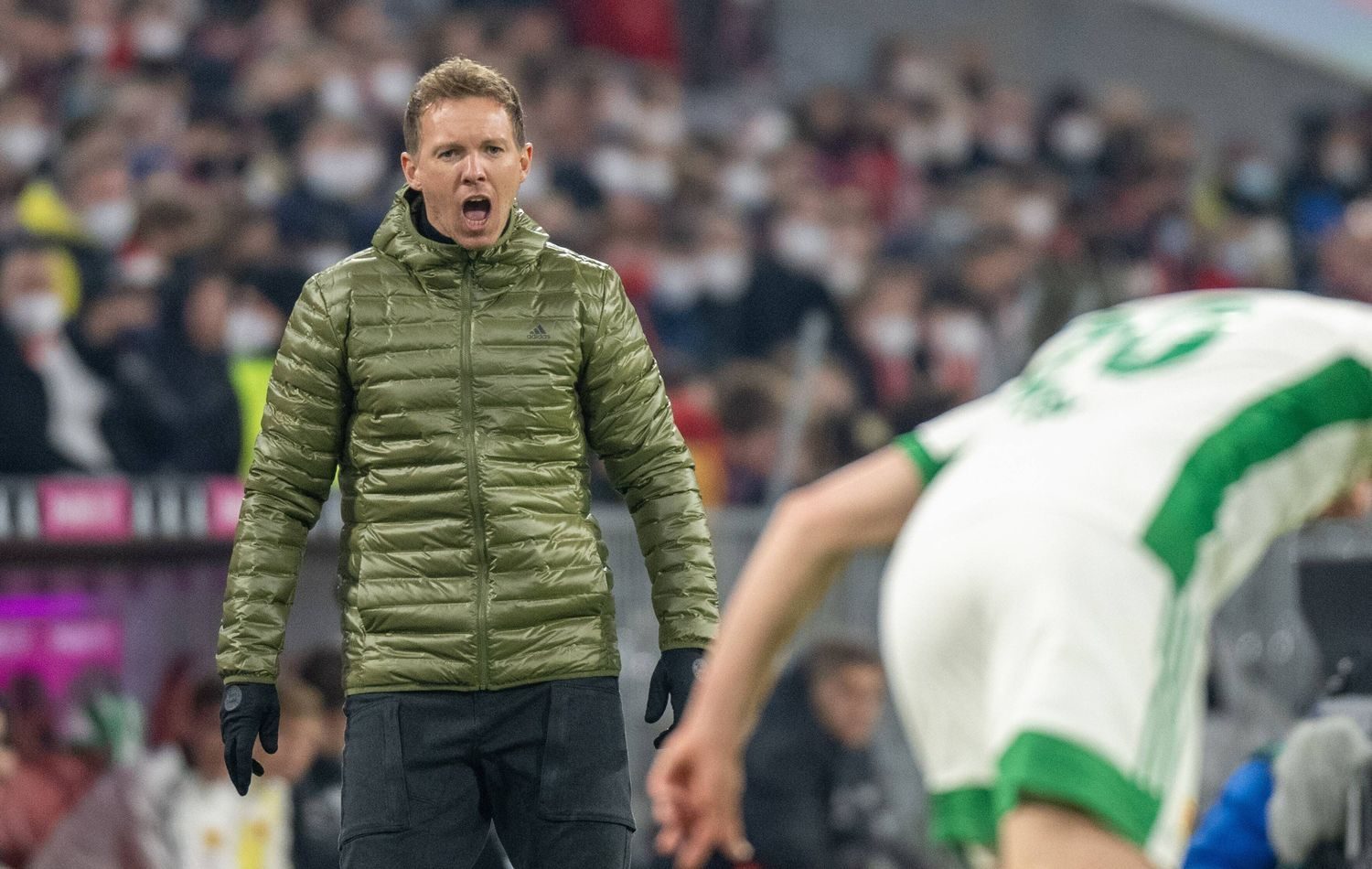 Bayern Munich clinched an important home win in the Bundesliga on Matchday 27 by winning 4-0. The Bayern players were satisfied after the game. Julian Nagelsmann, on the other hand, wasn’t quite much.

While Borussia Dortmund reduced the gap in the midweek against Mainz, Bayern were under pressure to perform, thankfully, they won three important points on Saturday. Here are the most important statements from today’s game:

Julian Nagelsmann: „I’m not completely satisfied. We conceded two big chances in the first half. We created a lot of chances by losing the ball ourselves, which was completely unnecessary. But overall we kept a clean sheet and scored four goals. Sometimes you have to take a result as it is. It was much more stable in the second half than in the first.”

… on Lewandowski: „I talk to him a lot, we have a lively exchange. He was very good today. We want to keep him. But it’s not always that simple. I don’t have the feeling he doesn’t want to stay with us. In the end, it’s a joint decision. There will certainly be talks“

… on Nianzou: „Overall I’m very satisfied with Tanguy. He has a very good character, he had a very good defensive performance together with Upamecano. He also played two or three good balls and scored a goal.“

Kingsley Coman: “We played very well today. We played together, attacked together, and defended together. We were very efficient, but we also worked a lot and created a lot of chances. We lost a few points in the last few weeks and that’s why today’s win was very important for us!”

Joshua Kimmich: „We allowed a 2v3 situation in the first half, which was unnecessary. Still, I think it was a deserved win. You could see the setting was right. We actually made it clear in the first half. Maybe it was a goal too many.”

… on Lewandowski’s future: „I don’t know what the talks are like or if there are any at all. Robert is fully involved. I don’t feel like his head is anywhere else.“

… on Nianzou: „He had a serious injury at the beginning of his time here, unfortunately, he hasn’t played a lot games yet. Today I thought he and Upa were very good, we felt relatively safe at the back. Both did really well“